Fighting back or direct resistance only leads to more harm, using love, deflection is better than resistance because it decreases the damage to you while your opponent continues to fight in force until they become disinterested in the battle or have exhausted their resources.

In a battle, you can never have enough weapons to combat a formidable foe. A fight between two individuals fighting against each other always results in a great deal of pain and suffering, which may include broken bones and spilled blood. So, the smart thing to do is not to fight back in defense of yourself.

In the olden days, an actor was cast in a TV show based on a Shaolin monk facing all kinds of attacks responding in Kung Fu fashion, which is primarily deflection of physical attack, using the opponent’s power of force against themselves. The actor was David Carradine, who didn’t know anything about Kung Fu at the time but playing the part in the Kung Fu TV show so inspired him that he did become an avid student and teacher of Tai Chi and Qigong.

Having been exposed to this television show did influence me and my response to fighting of any kind. Therefore, I have little respect for an all-out fistfight, am inclined to avoid a brute force battle, and prefer to be the one who walks away from any confrontation in as pristine condition as possible.

I have not been able to avoid physical confrontation, but I have survived these encounters with as little damage to myself by following these principles.

1. Do not respond
2. Do not defend
3. Apply love
4. Avoid blows
5. Deflect blows when necessary
6. Do not counterattack
7. Use the opponent’s power against them

Then, walk away unscathed. 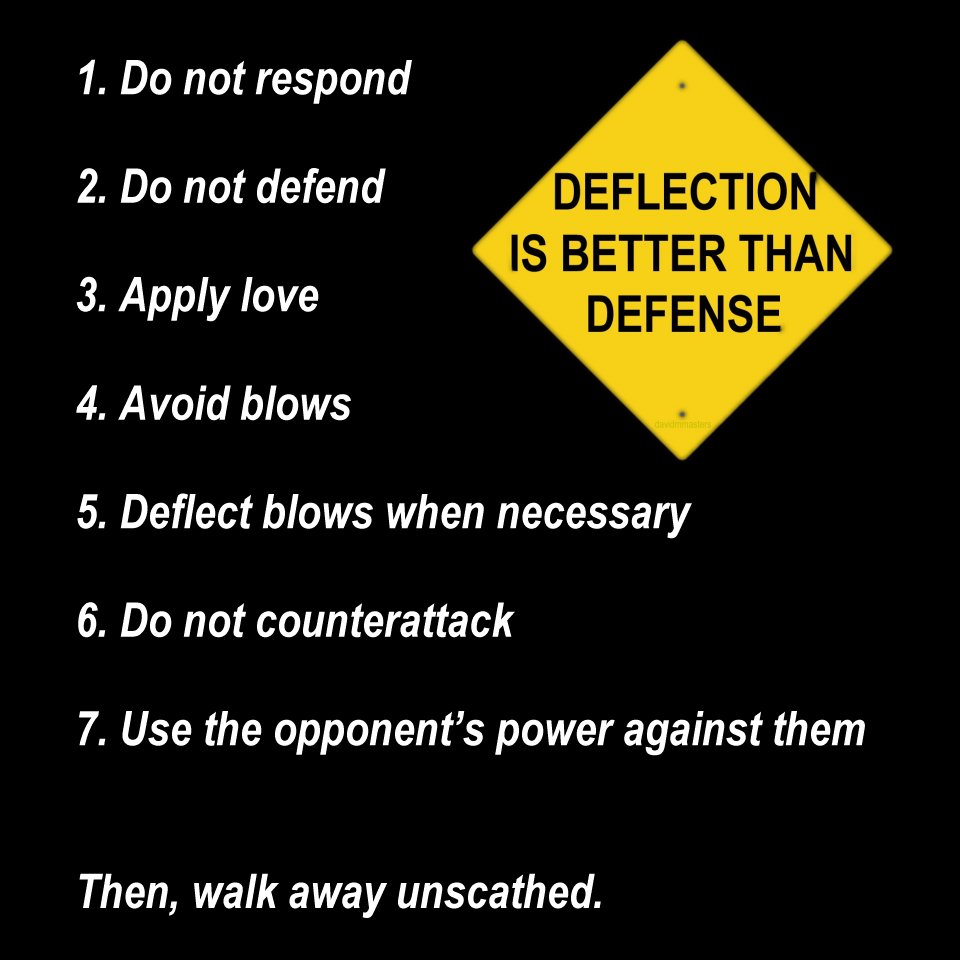 I am not trying to convince anyone to follow these principles, I am just expressing that this is what I do, whether it is a physical altercation or any other type of potential battle.

When I was attacked by a prolific psychopath, I documented everything and applied these principles.

I remained steadfast and simply ignored everything the psychopath tried to say about me or do to me, and applied love’s perspective to the man who was attacking me. I wondered why someone might end up being like that? What kind of a life must he have lived? What must he have suffered as a young child? I tried to imagine what it must be like to walk a mile in his shoes. I sent him love, hoping he might be able to find a way to a better life.

Most would have lost interest and found some other mark to pursue, but this one made a lifetime vow with the commitment of all his resources, and those of others, to destroy me.

In this particular circumstance, the psychopath (because he could not be satisfied by my response), took the battle to the media and my circle of influence.

Still not wanting to fight back, I had no choice but to engage, because the psycho had started attacking my friends, and family. Attack me, fine, but to go after my children (who are sacred to me) requires my protection of them.

Attempting to keep my wits about me, I did respond to the psychopath with deflection and using the psycho’s own power of force against himself.

Fortunately for me, the psychopath left threatening messages on my answering machine. I posted them on YouTube. Now, he had a venue where he could spin all his efforts against me, and I empowered him to do so.

Did I care? No. I am impenetrable. Anything he says about me is not true, and I don’t care, nor do I respond to any ridiculous accusations.

Now, I did get a flood of attention from friends and family who feared for me, especially those who the psycho was able to make fearful in his attacks on them because of my not responding. I just told them not to worry, and apologized for any overflow which had affected their lives, but told them that I was attempting to protect them by placing his focus back on me.

Without directly engaging or defending, I just posted everything he threw at me online, and let it be.

In the process, I was able to help countless other potential victims see the psychopath (a lifetime criminal con man) for who he was prior to losing their life’s savings and suffering continued abuse by the psychopath by finding some of this information online.

He was forced to change his identity and possibly even fake his own death in order to continue his life of crimes in the exploitation of others.

I apply this to any confrontation by anyone, even if someone were to say in an interview (in this fictitious example), “According to,” (some source that was leaked by the psychopath), “you kill babies and bury them in your backyard. What do you have to say about that?”

My only response would be, “It is my personal policy not to respond to any false accusation. Next?”

When what I wanted to do is to counter-attack, like ask the interviewer, “What about your collection of clown noses and pickled small toes of circus performers who have mysteriously disappeared? What about those?”

It is your sacred right not to respond to a false accusation, not to even dignify it with any response. Regardless of your good intentions, and the inclination to defend yourself and your good name, any response can be used as a weapon against you, or to fuel the fire of further attack. 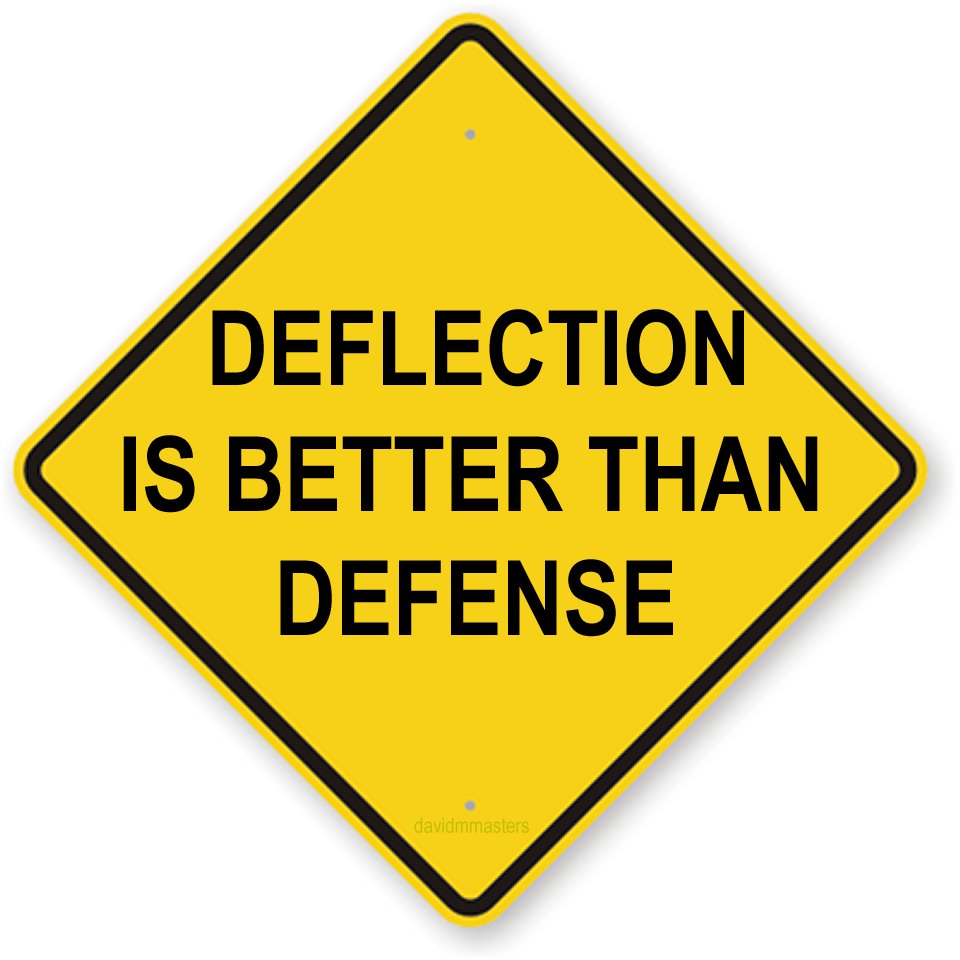 In this way, deflection is better than defense.