For those who like to learn new things, I am in an enviable position because I learn something new every day, and if you’re like me you also look forward to learning something new regularly if not on a daily basis. 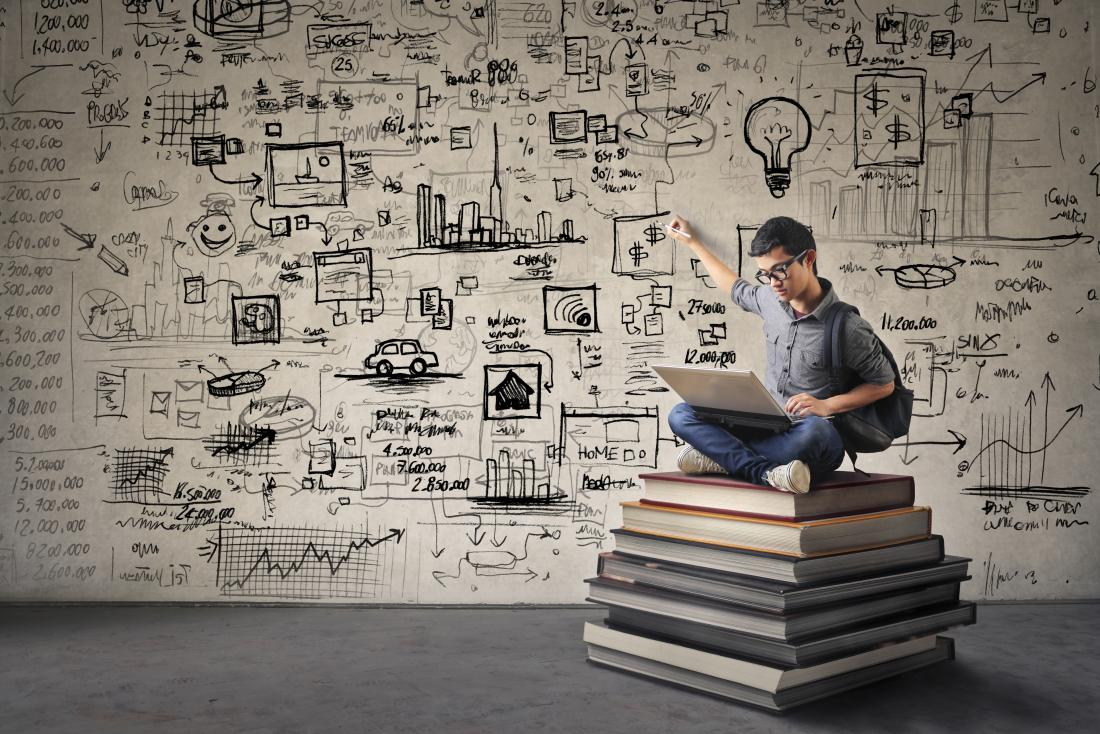 If you truly anticipate learning something new, opportunities to learn new things occur regularly. Granted, depending on the base-setting of your vibrational frequency, they may not all be good things, but even at higher frequencies, bad things are considered good things, for, at the highest frequencies, there are no bad things.

Those who are on the track to learn something new are generally on a path of constant and never-ending improvement (CANI) in their personal and/or professional lives. You will find them taking classes, courses, attending workshops, reading books and blogs.

If you’re on the quest for attaining greater knowledge you are more than simply an academic, you are on a path of empowering self-improvement and personal development, and there’s a good chance that if you’re continually growing and evolving, you may also be heading toward enlightenment and spiritual awakening.

It is inevitable, as you get access to new, emerging data and technologies, that the world as you know it gets turned upside down, the contents spill out, and you begin to understand things aren’t always what they seem to be. This is the evolutionary awakening of humans is taking place as you read these words right now and you are a part of it.

This enlightenment and spiritual awakening is a process of self-discovery which is unique to everyone amidst the transformative human evolution. Your mind, body, and spirit are expanding exponentially, and you are starting to think of yourself as growing away from the forest of social programming which could not be seen from the perspective of being lost in the midst of so many social trees.

Just as the sciences are finding out the things we once believed to be immutable facts and truths, were only stepping stones to a greater awareness which is unfolding before our very eyes as we develop microscopes so powerful so as to see the galaxies inside our cells and telescopes so powerful we are discovering there is more to the universe which we are a part of.

The science of science is leading us into realms which were inconceivable years ago, as we are discovering multiple universes and dimensions coexisting in tandem with the third-dimensional world which we’ve become so acclimated to.

Our sense of security we once felt as being the highest life form in the universe is being challenged by emerging quantum sciences, and for many, the very same science which denied the existence of God or a higher power is conceding the existence of a powerful intelligence which permeates all things seen and unseen.

This is crazy talk

This sounds crazy, if you try to relate this new science to the sciences you’ve been accustomed to, as well as the trying to rationalize this leading-edge information by comparing any of it to what you’ve known previously. And who could blame you? No one. For we all have been there.

We all (well, most of us) have been deeply programmed to reject such ideas as being ridiculous ideals which are only the fanciful imaginings limited and assigned to science fiction. Quantum physics, quantum mechanics, and quantum theories are making science fact out of science fiction. Things that were empirically implausible just a few years ago are the fodder of scientific breakthroughs across the board of reality.

Dare to learn something new while continuing to be open to personal development, quantum, and spiritual sciences. Be forewarned you may be surprised by what you find waiting beyond the opened door.

Allow this new information to flow over you, take in what you can, expand and get cozy with the idea that you are evolution.

This is the new you expanding and evolving into your emerging new world.