You know what I’m talking about, some people just love being a hater. They get a thrill out of putting other people down, making them feel miserable, or going as far as doing their best to destroy the lives of others. 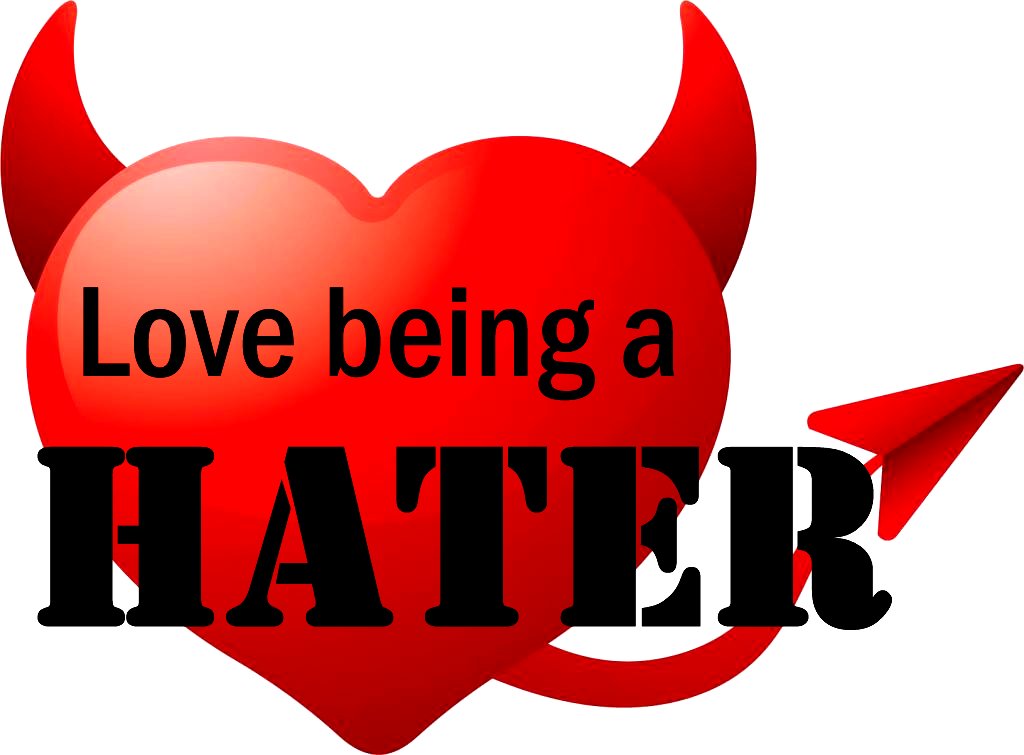 Why would someone love being a hater?

Believe it or not, haters feel their best when they’re putting other people down. To them, this is the ultimate form of entertainment. The worse they can make someone else feel, the better they feel and the more satisfaction they attain from dishing out their own special brand of destruction.

It’s not uncommon for such a person to suffer from a dark or malicious form of Narcissism, helping them to remain somewhat isolated from the pain they cause and enabling them to extract a sense of joy from hurting others. They are the center of the universe and others are just players for their amusement performing their roles in the hater’s sick drama.

What’s so great about being a hater?

You might wonder why would a hater love destroying others so much? What do they get out of it?

In most cases, you wouldn’t even notice a hater if he or she was not dishing up hot, steaming serving of hate on a regular basis, they would just silently and insignificantly disappear into the background of life. They have discovered that they can easily garner the attention of others and not be taken for granted by making others feel bad. When they spread their hate and discontentment, the spotlight is refocused upon them, enhancing their perception of their own significance in a world where they would otherwise be invisible.

Often, very early in life, they discovered that negative attention was better than no attention, and they carried this perception of life into adulthood.

The haters who love hating feel as though they command the respect of their peers (or potential victims), although this is misinterpreted as respect because in real life others are fearful (not respectful) that they might be the next target of his or her pending venomous attack.

You see this type of abuse in authority figures who lord over others whose lives they can destroy on a whim, whether he or she is in politics, law enforcement, a teacher, a parent, or any of the other positions in life which imbues them with power over others.

Any challenge of their power or authority is followed by their quick and brutal display of power with little regard to how devastating their actions might be to their victims.

This sense of power is the lifeblood of the ravenous hater. Having the ability to hold the lives of others in your hands is almost god-like. The power-hungry hater thrives in wielding the power to be judge, jury, and executioner in an instant.

The craftiest and most stealthy power-hungry haters use misdirection and deception to destroy the lives of others employing a more passive-aggressive method of disseminating their destructive payloads. These are the most difficult hate-lovers to identify, maintaining a meek exterior appearance all the while, making people feel threatened or awkward by claiming their selfless concern was misinterpreted as an insult or threat.

Haters love the acquisition of material goods or financial reward for spreading hate. You see these haters with everything from small businesses to corporate giants who benefit from bad-mouthing and putting down other businesses, organizations, or competitors who might be a threat to their own success.

Anyone can now afford to join the ranks of the most comprehensive lovers of hate due to the readily accessible power of the Internet which can be easily adopted as a method to destroy others quickly, effectively, and inexpensively.

Keep in mind, there are many types of haters who hate for all kinds of reasons. While this may not apply to all haters, this represents those haters who love being a hater and receive the most enthusiastic enjoyment from spreading the hate and hating others.