I absolutely love hearing people complain, followed by what they’re gonna do about it. 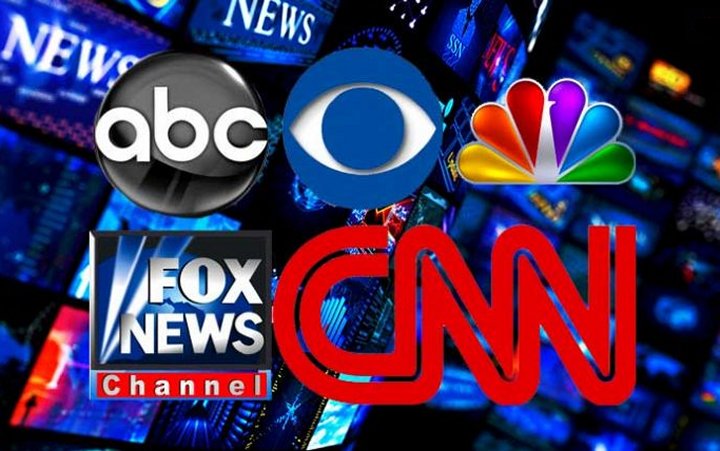 When you notice some story of an atrocity which rocks your being piercing your soul to your core, you recoil and understandably upset. What happens next determines whether your opposition to this offensive subject will oppose it, or add power to it.

If you complain about it, great. That makes you feel better about it, because you’ve found a way to release the burden of it and pass it on to someone else.

I get excited when I hear someone complaining about something passionately. It instantly attracts my attention as I anticipate what comes next. I listen… if nothing else follows, I am disappointed. Instead of complaining and in a sense, courageously making a stand, by placing themselves in the bullet’s path, this person has just promoted the very thing that made him or her upset. 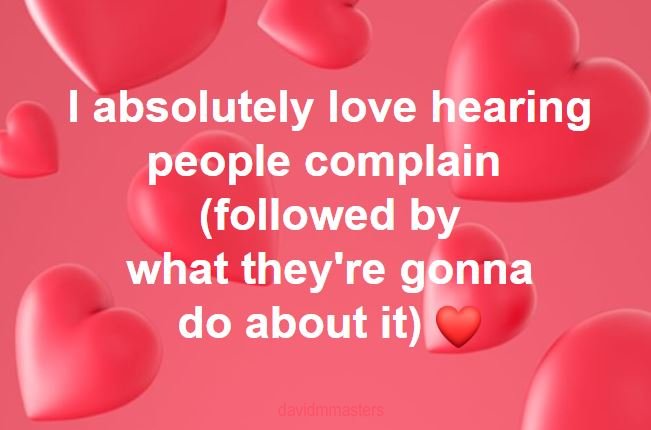 Instead, I love hearing people complain, followed by what they’re gonna do about it.

Tell me about the thing that upset you, tell me that you researched it to make sure the matter in question is valid (and not simply a false story to distract your attention from the good things in life and to make you fearful), and tell me what you’re doing about it. Even if it’s only donating $5 to an organization that is combating this offense.

If you complain in a venue which is highly public, like social media, then you have exponentially impacted the offending subject, intentionally or unintentionally, either for or against the thing which has upset you.

Do you want to promote this thing that has upset you? Fine, post something offensive in social media, with you acting as it’s PR promoter. Post about how horrible this atrocity is, without offering an opposing solution.

Do you want to be a part of the solution, to quash this thing, to stamp it out forever?

Then, complain. Post to your heart’s content. Put yourself on the line by telling me and the world what you are doing about it, and let your inspired action inspire me and others to join the cause.

Elizabeth Cady Stanton could have just complained about not having the ability to vote because she was a woman. But she complained and said, “I am drafting a Declaration of Sentiments and Grievances,” which addressed the basic rights which were being denied women at the time.

How crazy it might have seemed, when she, Lucretia Mott and a few friends met in her home to draft her declaration. Anyone looking in from the outside must’ve thought this an impossible task. Really? That one woman would stand against the mightiest political machine ever contrived. Are you kidding me? This dwarfs King David’s youthful account of slaying Goliath by hundreds of times.

She complained, followed by inspired action. She started a movement, complaining, and allowing others to join with her voice to be heard. 72 years later, because Elizabeth Cady Stanton complained and stood in the bullet’s path, the 19th Amendment was passed, granting women the right to vote.

This is only one small example among hundreds of thousands of true stories depicting what people can do to make a difference in a troubled world, and it starts with one.

Will you be the one who adds to the confusion and dysfunction of the world or will you be a part of the solution?

The choice is yours.