Ego is that part of us that insists on being right, asserts our correctness over anyone else’s being wrong. The ego will persuade you to argue or fight for what is perceived to be “right” in order to defend or justify the ego’s position. It is the ego which is commonly in opposition to the “heart” or that more spiritual component that often lies dormant within. 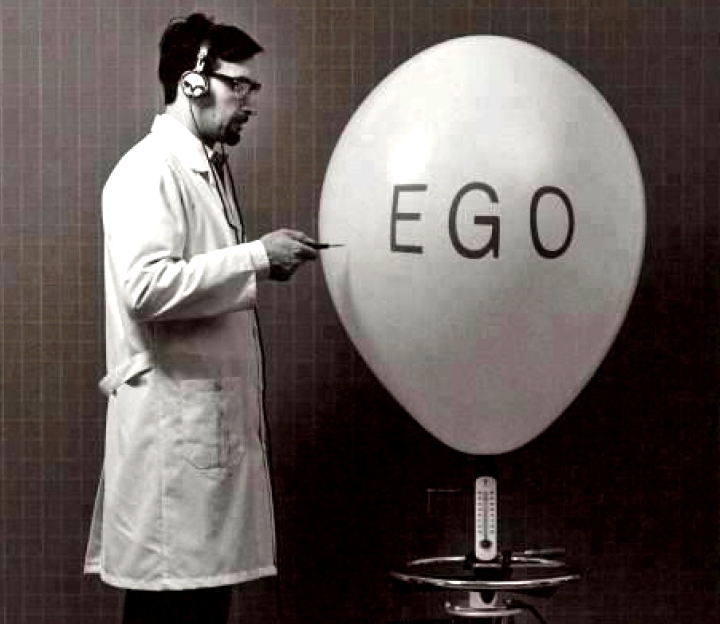 As the heart begins to awaken, becomes empowered to expand and influence the host (our bodies) its energy field increases affecting not only ourselves but, others, the environment and the world around us. The heart honors you (the real, authentic soul being who you are), powers your yearning for growth, expansion, peace and harmony and accesses forces and data unattainable by logic or linear thinking.

All the attributes of the heart are often locked away deep inside you, but as you awaken it can permeate your whole being, including every cell of your body, if you could allow to release it and let it flow. The one thing that can thwart the heart’s efforts to expand is the ego, threatened by the idea of selflessness, and will stop at nothing to restrain the heart by any means to preserve itself.

When approached with ideas, methods and tools that could enhance the expansion of the heart or spiritual awareness, the ego steps in, asserting, “What a bunch of hooey!” or some similar thought, flooding your mind with ideologies, concepts and words that threaten you, make you fearful or susceptible to the ridicule of others.

While your heart is trying to break out of its locked box, not only your mind but the entire society which surrounds us will attempt to dissuade you from allowing this inner growth to take place, as this is the mentality of the herd of egos by which we are surrounded.

Deciding to go allow your individual expansion may make you the black sheep in the fold and even though you may feel more and more that you are less and less a sheep, it might be prudent to not draw attention to your burgeoning enlightenment.

And it is here, that the ego will attempt to pull a fast-one on you.

When the ego has felt that it has lost the war of itself to your insistence to allow the expansion of the greater part of you, the ego will begin a campaign to throw the entire process off-track by making you not only differentiated from the rest of the sheep (though it is true that you are becoming decisively “different” in deed) but “better” than anyone else.

If the ego can convince you that you are superior to others because of your enlightenment, then it has won. The ego is now back in the saddle and will do whatever it can to reduce your effectiveness to the greater community, while restricting your access to continued personal growth.

Enlightenment is allowing that loving, compassionate, selfless part of you to expand so greatly that there is very little (if any) self left for the ego to battle for.

If you are interested, there are ways to deal with the ego.