The third-largest cause of death in the USA is medicine and medical practitioners, in the shadow of heart disease and cancer, and if the truth were known, the medical and pharmaceutical sciences and the practitioners thereof would be revealed as the number one cause of death. 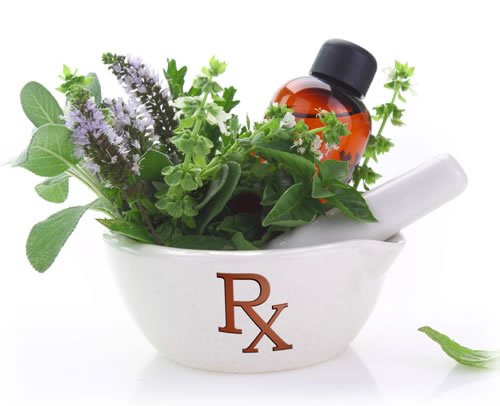 Not all pharmaceuticals are good for you. In fact, many are killing unwitting Americans while medical doctors and staff collude with and assist the industry to extract as much capital as possible from your estate (or subsidized medical resources) before your pulse finally stops.

Many legally prescribed medications have a dark side and are far more dangerous than the pharmaceutical companies would like you to know. Some of these could include benzodiazepines (Klonopin, Valium, Xanax). Then there are the anticoagulants (Heparin, Warfarin, Xarelto).

Thanks to lawsuits against the pharmaceutical companies, we now know that they are so committed to profiting greatly off an insignificant public that they will falsify and create medical studies and pay doctors to put their name(s) on the studies to get them published, in many cases with the full knowledge that their new drug(s) have potentially deadly side effects.

A many as 10 percent of all published reports regarding new drugs are written by the drug manufacturers who pay doctor(s) to use their names on the reports when the doctors named had little or nothing to do with the study.

More than 60% of all academic studies are financed by the drug manufacturers, who have been known to alter the data prior to submitting the results.

The most prominent example of the insatiable greed of Big Pharma is Merck’s Vioxx debacle, where they were likely responsible for the deaths of 500,000 Americans over the age of 65, but gladly paid 4.85 billion dollars for killing 3,468 seniors, after enjoying a 5-year run of selling the aspirin replacement that caused heart attacks and strokes.

Having to pay a negotiable percentage of the revenue from the lethal painkiller seems like a small price to pay, an acceptable cost of doing business in the pharmaceutical industry where you take the good with the bad and still come out on top.

Other “legal” drugs that suffered a fate similar to Vioxx include Risperdal, Seroquel, Zyprexa, and Hormone Replacement Therapy, among others, which makes you wonder about the other medications that we see promoted on TV and in the media with the laundry list of side effects that may include death in some people (a possible side effect of manufacturing patented prescription medications).

If that’s not enough, there are other prescription medications, like the statin family available under the names of atorvastatin (Lipitor), fluvastatin (Lescol XL), lovastatin (Altoprev), pitavastatin (Livalo), pravastatin (Pravachol), rosuvastatin (Crestor, Ezallor) and simvastatin (Zocor, FloLipid), which tout efficacy in the lowering of cholesterol and preventing heart attacks, but the side effects can cause crippling muscle pain, type 2 diabetes, memory loss, confusion, or rhabdomyolysis leading to liver damage, kidney failure, and death. Stop taking the statins, and the side effects fade away.

Before the advent of all this medical profiteering, we tended to our needs using natural substances from Mother Earth. These primitive methods of healing were all placed here with us, to help alleviate pain and heal us, her inhabitants, from every ailment.

They are so effective that Big Pharma models their patented medications after them, like aspirin. Aspirin was fashioned after a pain-relieving compound found in the bark of a willow tree.

Granted, natural remedies have also seen their share of darkness as “snake oil salesmen” used to promise the miraculous healing capabilities of herbal substances for money.

Nonetheless, there are some herbal remedies that have eared their right to compete with the most high-tech patented pharmaceuticals. One such herb is the most prescribed medication in Germany, Ginkgo Biloba for its supremacy in improving memory and other cognitive functions, in the USA, Ginkgo is not as well respected among the medical community. In Germany, medical students are obligated to study herbal alternatives, if even only rudimentarily (not so in the United States).

A few other herbal remedies have been proven to be as effective or even better than their patented prescription imitators, and they have survived and been proven in clinical trials to be the real deal. Besides Ginkgo, the top “proven” herbal supplements are:

And there are many other noteworthy natural herbal remedies worth their weight in complementary alternative medicine (CAM) with fewer side-effects than pharmaceuticals, but without the clout of clinical trials to back them up.

The ongoing battle between Big Pharma and Mother Nature continues. And no one here is failing to admire the medical community for all the good they do in the world, but this dark side of pharmaceutical companies is causing the faith of patients to waver.

The smart thing to do is to practice due diligence in all medical interventions and take responsibility for your own care. You decide what is best for you.

Do not be the next casualty of being an uninformed patient.

Consider having two doctors, a medical doctor, and a holistic professional, consulting with both before committing to any prescribed medication, do some research on your own, then make your own educated decision.

Your life may depend on it.