You are an amazing being with a divine nature which you were fully empowered with when you were first conceived. On this world, there is a counter-divinity program which is designed to stomp out the sacredness of your divine nature and the main weapon wielded to snuff out your inner flame is society’s prison of the mind. 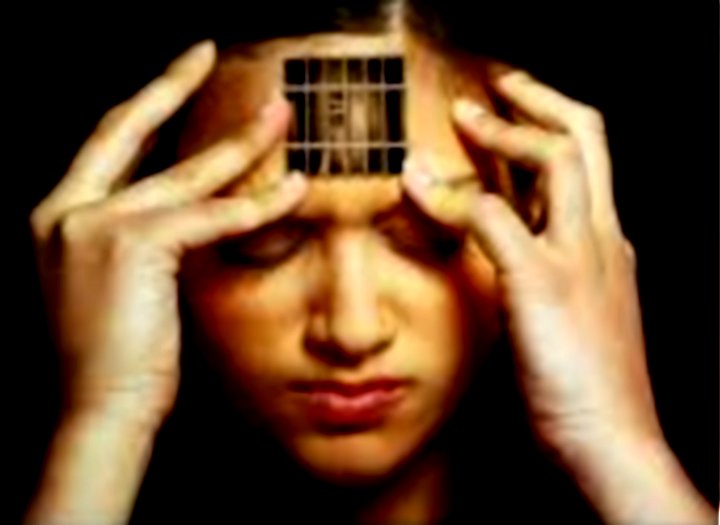 In the prison system, there exists a continuum of restraint systems which are used to control individuals with a propensity to break laws or resist the expectations to conform to social norms.

This spectrum of restraint spans from very loosely-enforced broadly-accepted behavior which allows the most freedom to move about a specified area with minimal monitoring to highly-restrained with very limited movement within a very small space, monitored continually.

Society has its own similar levels of restraint, which are also a spectrum spanning from borders designated by geography with the highest level of freedom bestowed upon those expressing the greatest amount of conformity, to those with less desire to conform to social norms, disobey the rules, or are steadfastly rebellious in nature.

If an individual resists conformity enough, those who refuse to submit may find themselves amidst smaller systems of restraint in an effort to control the uncontrollable or force them into compliance. It is believed by exerting the right level of force over a period of time, an individual will give up, and eventually accept the life of conformity in exchange for more freedom.

The most powerful and personal method of restraint used by society is the prison of the mind which is fueled by fear of danger, restraint, and punishment.

Social engineers know if they can control the minds of the people by the tightest, invisible, prison of their own mind(s), they have successfully created a society of manageable subjects, who will monitor and police themselves. For those who resist, there are other avenues of intervention or restraint to encourage their submission spanning from counseling and drug therapy to in-patient treatment and imprisonment.

The prison of your mind is the most powerful method of restraint which keeps you from embracing your divine nature, prevents you from living a better life, and limits your ability to achieve your highest and best.

The division of corrections which exists only in your mind keeps you small and separated from others who would otherwise be an extension of yourself as you are of them. You have a set of limiting beliefs which cause you to compare and judge everyone and everything that goes on around you, in a constant underlying state of fear.

These emotional restraints are associated with feelings of inadequacy, envy, jealousy, as well as a sense of entitlement, supremacy, and the desire to see others suffer or be punished for having something which appears to not be within your grasp.

Rather than applaud someone’s massive success, you secretly hope they experience a massive correction and lose it all, for they are not any more deserving of the windfall, inheritance, or profit from their labor than you, or anyone else.

If you have to struggle and suffer, it would make you feel better if everyone in life had to share your lot in life.

Fear can be effectively restraining you from reaching out, celebrating your individuality exercising your ability to grow, change, embrace your divine nature, your talents, gifts, and destiny to expand and evolve, affecting not only your life but the lives of others, your community, and the world at large.

Fear of non-conformity, fear of not being accepted by friends, family, the community, fear of non-support, fear of correction, and fear of failure. How horrible would it be to step out of cadence and exercise your sacred right of full personal expression, only to fail, to be ridiculed and made fun of by your peers for daring to even think about such insanity?

The prison of the mind can keep you in a constant state of considering yourself to be a victim of life, when all the while you have all the power of the universe at your fingertips if you only dare to claim it.

Yet, the fight to control us by the prison of the mind is a war that is waged 24 hours a day, 7 days a week, utilizing all methods of influence and control in an effort to keep us subservient.
Even so, there is a growing awakening among the populous.

Are you among those awakening?