I had a client with whom I was working who had intimated to me her traumatic past relationships with men which led her to the conclusion that she no longer desired to expose her heart to another man, and she made a vow never to do so again.

I assumed this might put her at a disadvantage when it came to having love in her life, and I suggested that she might reconsider her position because this might be blocking other areas of her life as well, especially because we’re talking about “love,” which she agreed was the most powerful force in (and/or beyond) the universe. It is the key which unlocks all doors which stand between us and the desires of our heart. 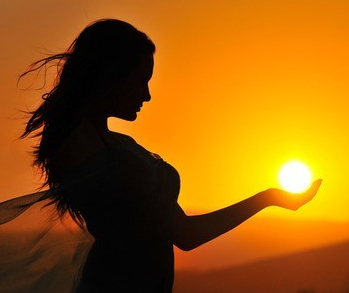 She was quick to correct me. She had filled her life with so much love, loving deeply family, her community, others who had little or no love in their lives, animals, nature, all living things, and those beyond. Her life was not one of brokenness but one of love, an enthusiastic abundance of love.

She admitted she had been broken by the men she had allowed herself to be victimized by, those who disrespected her, abused, and terrorized her, but when she decided to deny them access to that most vulnerable organ inside her, it was not out of fear, or fueled by pain from the past.

It was the most powerful decision she had ever made in strength and honor which enabled her to freely open herself in unconditional love in all other areas of her life. Since making this decision, she has been able to interact and work with men in her field, and throughout all other areas of life, without the threat of being vulnerable, hurt, disrespected, or loved by them.

She could powerfully interact with them intimately, for a limited amount of time, without risk of developing a deeper connection, for she did enjoy having them in and around her life, but not allowing them access to her heart.

She had built a stronghold, a mighty fortress, not around her heart, but only around that area which focused only on men, and who could blame her if you’d had the opportunity to learn the depths of darkness, she had endured while her heart was held captive by a succession of abusive monsters.

This fortress was not built in weakness or fear. This fortress was built in love. Pure love, which enabled her to freely love everything that is, protecting her and allowing her to live other days, one after the other, in love.

It has been many years of her living this life of love, without a thought of exposing herself to the idea of romance and she continues to live a happy life, full of love, without regret. She never has the thought of what it might be to have romantic love in her life.

And when she sees someone, a couple who appears to be enthusiastically in the throes of love, she blesses them, wishing for them all the love which they seek to find in each other, without imposing her views upon them. She loves them, the idea of love, and sends them some of her love in hopes that it will help them have all the best things in life together, and that their love will overflow to others.

There is no doubt, this woman is living a life of love. “Romantic love” in her life is not her ministry (by “ministry,” I mean, “her passionate area of specialization”). She declines participation in this arena and blesses others who do specialize in this type of work.

She does not judge others for seeking their individual paths, leading to their own unique journeys, fully supports them on their way, and does not impose her personal stance on romantic love on anyone else.

This is a deeply personal work she has accomplished on her own which has led to a full life or happiness, abundance, and unconditional love.

So, I stand corrected.

In my attempt to understand her from her own perspective, I mistakenly applied a general filter based on my experience in working with singles and couples who are struggling with the idea of love in their lives. And I was wrong.

This extraordinary woman took massive action to protect herself from abuse, which any one of us would have encouraged her to do, to stop the abuse, to find a safe place to do the deep work, and heal traumatic wounds of the past.

She has done the work, the hard work, and continues to do the deep work, in a safe environment filled with love. There is no lack of love here.

She remains a light in the darkness for so many.

Maybe she is an angel, for angels are love and have no need or inclination for romantic love.

God bless her for all she brings to this world.

Because of her, so many of us are blessed.

One thought on “Strong Not Broken”