Forgiving others is frightening business of your deep work. It’s like it just doesn’t make sense because we are programmed to live in a society where fear and the concept of punishment is prevalent. We are constantly in fear of what someone might do to us that might make us sad, be disrespectful, offensive or painful and feel as though the only thing that could possibly make things right would be punishing the offender or making them suffer for their misdeeds.

This has been a constant method of thinking that has been prevalent since as far back as mankind can remember (or at least document). This pervasive sense of crime and punishment has permeated all facets of social life including governmental at all levels from local community to the world, exclusive groups and religions, and right down to work and familial life. So, it’s no surprise when someone hurts you, all you want is retribution or revenge. They must pay for their sins.

The this crazy thing happened a couple of thousand years ago, when someone manned up in the most peculiar way that started a change in how people thought about how to react when someone treats you poorly, does something really bad, or hurts you Including breaking any of the ten commandments. This was a crazy idea at the time and not well received at the time, until after he sealed the idea by signing a record breaking decree issued from the highest court with his own life’s blood. 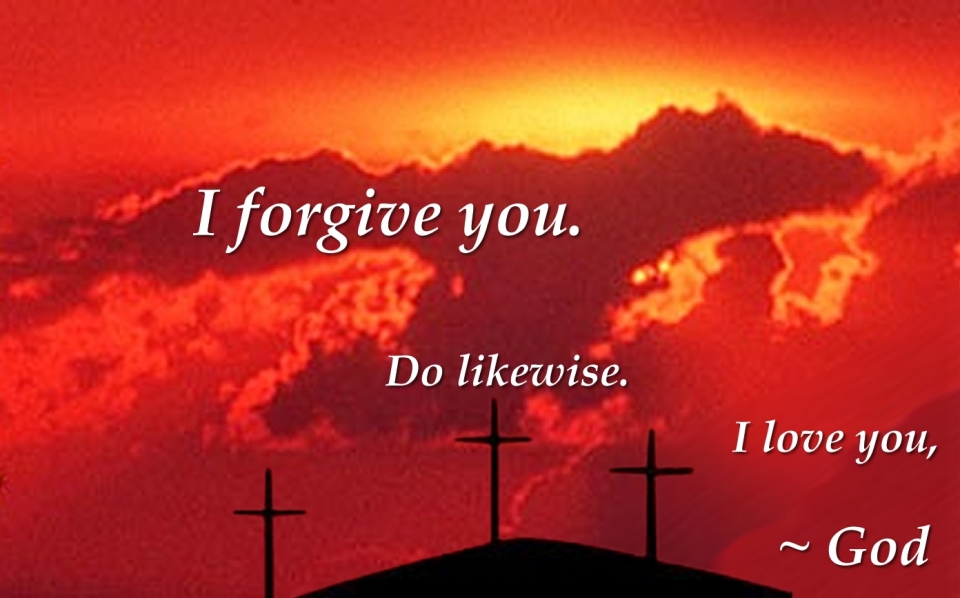 This was not just about forgiving others for their transgressions against you and me, this idea of forgiveness is uncompromising and far reaching to not only those who have offended us, but also to you and me, giving us a chance to live a life unbridled by any punishment for any thoughts or deeds that may haunt us from our own lives… even our deepest and darkest secrets hidden within us.

We honor the price paid for this comprehensive idea of forgiveness today. As tragic as the entire affair was at the time, we refer to it as Good Friday, because for us:

How More Blessed Could We Be?

By receiving a royal invitation to start life over, every day, free from self-deprecation or fear of punishment for any bad thoughts, wrongs or misdeeds ever possibly conceived of. Instantly, all wiped away in a complete rebooting, like the ultimate Ctrl-Alt-Delete. For those who accept this free gift can begin every day clean and anew.

So, this 2000-year-old event which was meant for evil/punishment for crimes committed against the status quo, turned out to be one of the most significant events promoting a massive pivot in this sense of a newfound freedom from fear or sin and punishment.

Of course, even after 2,000 years, we still struggle with the idea as we still feel like people who offend us or do not conform to the status quo are punished and we cannot seem to find new way to punish and incarcerate them at a rapid enough rate. Rationally, the pendulum has swung so far that the idea of forgiveness is the furthest thing from our minds or societal structure.

Think about it: If we keep throwing people in jail or prison at the current rate of growth of the prison population, in 35 years

You will either be in prison

or working for a prison.

The whole idea fails. It doesn’t work. In fact, the only way to make it work is to increase the penalty for wrongdoing to the death penalty.

Then, there is this idea of forgiveness lurking in the wings…

Maybe this idea sealed-in-blood 2,000 years ago is worth considering…

One thought on “The Basis of True Forgiveness”