People who have suffered manipulation by another person often jump to the conclusion that labeling the manipulator as a Narcissist, Sociopath, Psychopath, or some other diagnosis along the Antisocial Personality Disorder spectrum is warranted. While manipulation is used by folks who are antisocial, we all use manipulation to get what we want, even with the best of intentions. It really comes down to motive, like, was the manipulation malicious in nature, or not? 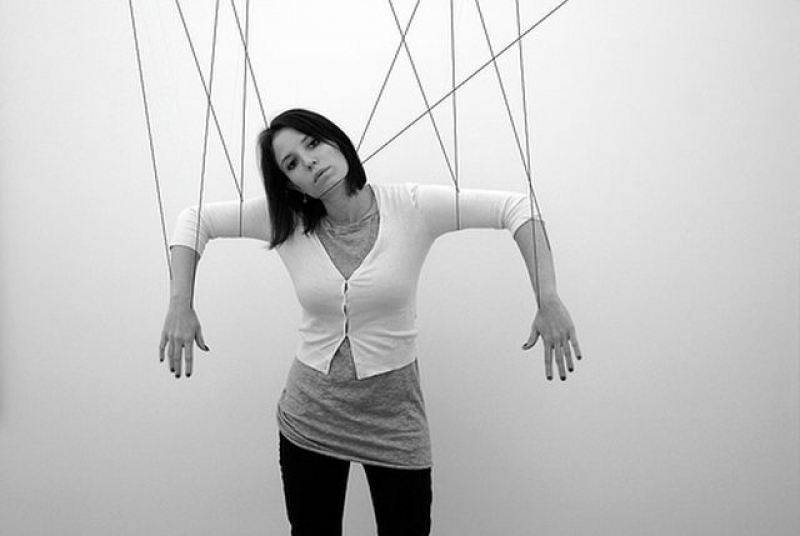 We all learn from a very early age how to manipulate parents, caretakers and playmates to get what we want. It doesn’t make a child with keen skills of manipulation a narcissist; it just means that the child has learned, “When I do this, I can get that.” That is what I want, and this is the way I can get what I want. Manipulation is a learned behavior by experimentation.

Then sometimes we manipulate others to change their behavior or get what we want with the best of intentions. Though we don’t think of it as manipulation, any reward or punishment arrangement is clearly manipulative.

Our entire social structure is incredibly manipulative. We are all programmed to act, believe or think in a particular manner via manipulation by parents, teachers, and peers, local, state and federal governmental systems.

Quid pro quo is a tool used by manipulators where an agreement is made whereby you agree to something (an action or allowance) in exchange for something in return. In an integrous agreement this kind of give and take is reasonable. The manipulator bargains for something now from you, with a promise to provide their part of the agreement in the future. Manipulators often promise, but rarely keep their word for their part of the bargain, but are quite satisfied that they got what they wanted.

Manipulators often exercise their desires without prior approval because they see a potential negotiation as problematic. Their mantra is, “It’s better to ask forgiveness than permission.” They are likely to either do something – or not do something – with little regard for others, insisting that “The past is the past,” and it’s, “My bad.” so just get over it and forgive me (or not).

Stroking your ego is a method employed by manipulators to get what they want by getting you to let down your guard. Most of us have a degree of low self esteem and we all want to feel good about ourselves and an unsolicited compliment can make us more amenable to manipulation while reeling from the praise (just enough to lower your guard) from the manipulator.

Conditional performance will find the manipulator rendering something promised, owed or otherwise due to you with conditions. They are using their expected and reasonable action as an opportunity to further manipulate you, with a covert indication that there may be a chance that the manipulator may withhold or not keep their part of the bargain.

A manipulator will put you on the spot by asking you for something in front of other people because you are more likely to agree in an effort to avoid any sense of conflict when other people are around.

Guilt is an effective tool used in manipulation, whereby the manipulator suggests that you owe him/ her, have previously agreed to, or if you do not do what they want you to do might indicate you are noncompliant or lack morality.

Building trust to achieve a desired outcome is another manipulation tactic by setting you up for the manipulation well in advance. Through a premeditated succession of demonstrations creating affinity and trust, so that when they ask you for something, you are more likely to concede.

Fear of loss is used to manipulate you by making you believe that if you do not provide or do what they want, you will suffer some kind of loss. They suggest you will fall victim to some peril, punishment, or loss of personal freedom, whether the impending loss is factual or just a fanciful, unrealistic threat.

Using exaggerated bargaining the manipulator will propose or ask for something over the top knowing that you will disagree to such a thing. Once you’ve adequately expressed your disapproval, the manipulator proposes a more palatable compromise, to which you are more likely to agree to, when the “compromise” is exactly what the manipulator wanted in the first place.

By not asking for something the manipulator uses the power of suggestion to get you to do or provide what they want. An extreme example would be the tearfully disturbed wife and mother says to her son, “My life is so awful, if only he were dead.” followed by a long, uncomfortable pause. The mother did not ask her son to kill her husband, but the son understands the underlying meaning and he replies, “I could kill him for you, but I wouldn’t want to run the risk of spending the rest of my life in prison.”

The hope is that early detection combined with a better understanding when you are potentially being manipulated, you can assert and protect yourself.

Forgive yourself, receive the learning hidden within the manipulation, and live a better life.