Ever have an idea then second guess whether you have what it takes to bring your idea through to fruition?

The truth is, you wouldn’t have been given the thought of the idea, if you weren’t keenly selected to give birth to it. Thought is precognition.

What you do about it is part of the Scientific Experiment of Life and maybe – just maybe – it’s time for your to breakthrough the barriers of self-doubt or feeling unworthy. 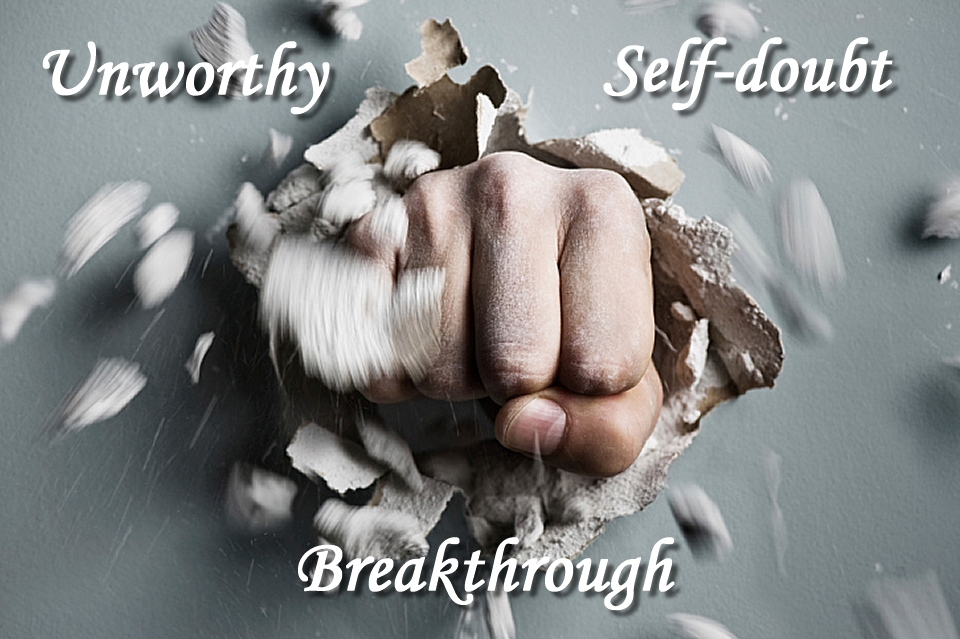 Your ability to see this through is your birthright, even if the idea of your success is counter-intuitive with regard to society and your familial training in a world that teaches us to believe that we’re not good enough.

You probably have been convinced that massive success is only attainable by the few, those more deserving, from successful families or the highly educated.

It is time to abolish your self-doubt or feelings of unworthiness. It is not uncommon for people to say, “But,” followed by a liturgy of excuses they have been made to believe will keep them from being worthy enough to be massively successful.

You do not need to have an MBA in business to achieve great success in today’s market place. In fact, here’s a list of billionaires and multi-millionaires who never graduated from college that you may find inspiring:

… just to name a few of the successful dropouts who have made their mark (pretty good company, eh?). So don’t let anyone tell you that you do not have what it takes, because you do.

You may have been led to believe that you shouldn’t even try, or torture yourself with, “What if I fail?” Fear of Failure can be a brick wall immobilizing your from the ability to move forward.

Oftentimes, we are our own worst enemy and the biggest obstacle between what we have and what we want. Check out 7 Steps to get out of your way and get what you want.

Having the idea is not enough because ideas are gifts from the universe to the world. Revelation is given freely and the blessing is reserved for the person who takes the decisive and necessary action to give birth to the idea. Having an idea is like having a lottery ticket, taking the action to bring the idea to life is like buying a winning lottery ticket.

The real secret is in the doingness. If you are able to rise above the nay Sayers and the programming (that is designed to keep you down and widen the gap between upper and lower classes) you can create your own good fortune from scratch. God blesses the doer.

Your idea is a gift of the most beautiful song that the world is waiting to hear, so sing it.

One thought on “Unworthy Self Doubt Breakthrough”