You need to protect yourself from predatory forces, no doubt. You are under no obligation to suffer at the hands of anyone else, ever. You must do whatever it takes to seek protection, but exercise caution when you protect yourself. 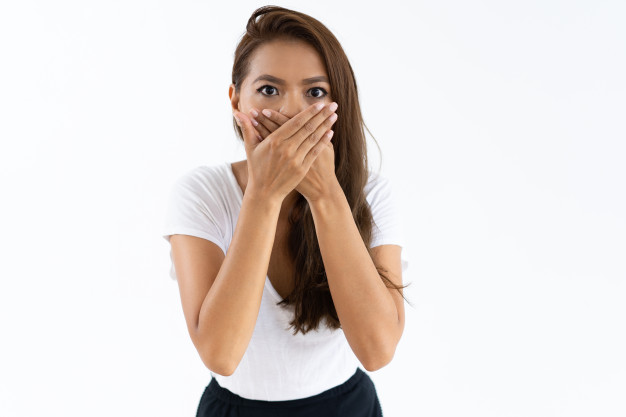 When you’re offended, you’re noticing the contrast. Excellent! This is step one.

I know this seems counterintuitive, but you may consider responding only with love. Anything else will bring a tsunami of drama. Seeking retribution or justice will only attract drama to you and your life, in general.

Why? Because any negative energy attracts more negative energy. It doesn’t mean that justice will not be served, because a world of love will see that all things will work themselves out. People do not have universal permission to relentlessly terrorize others without some repercussion. The repercussion will be delayed by you if you are active in pushing against what you do not want.

You assert, “But this is wrong!”

Yes, this is not right. You know it is because of the way you feel. You are offended. This feeling that you feel is the first step in recognizing that something is not right, and you are right.

What you do in the next seven seconds is of the highest of importance.

You can justify your feeling of being offended and submit yourself to be a victim of the overwhelm of negative energy. You can assert your self-righteousness and think about how you can, in your flesh, take matters into your own hands and set right the scales of justice.

No one would blame you for that. It is the default setting for our world. We want justice, and we want it now. Even if you secretly wish some karmic retribution, you are casting a spell or a curse, which can come back to bite you, thinking, “Oh, he’s gonna get his.”

Many options avail themselves to you to hurt someone back. You have the ability in this world to usurp the power of the universe to create balance out of chaos in an instant. And some of these knee-jerk reactions exerted in the seven-second window have far more power than you imagine.

Especially if you put it out using media or the Internet because while it feels good to push back in the moment, the negative empowerment takes on a life of its own and you are unable to take it back if you have a better sense of things later.

Or, you can choose love, which is the higher vibration of the universe which sets all things right. Maybe not fast enough for your selfish desires, but in a way that serves others and the world in a higher manner. This means there will be suffering, and people may suffer deeply in the process of balancing in a way that will serve the greater good of all mankind.

It requires commitment and diligence in loving and maintaining the love vibration to allow this thing to work itself out in a way that is sacredly divine.

Your feeling offended by something is an important part of the process of applying love to all things.

If you push back with any negative response, beyond the seven-second grace period, you are adding momentum to the thing that you are being offended by.

In the best-case scenario, you can take the second step and use those seven seconds to pull yourself out of the negative undertow and focus your attention on the opposite in love.

Instead of taking a defensive position against evil, ask yourself what you could do which to refocus your energy in the direction of love-fueled powerful support for the precious good which could be enacted on the opposite end of the scale.

If you are able to wrap your heart and mind around this concept, the thing which has offended you is rendered powerless. It no longer has power over you. It has triggered that higher part of you and empowered you to support the love response.

This is when the world begins to change massively.

It starts with you.

Others will be joining you in engaging in the love response to those things which you are awakened to.

You are under no obligation to accept this concept at any time. Do whatever you think is right for you. But rather than fully reject his idea, just file it away, and as you see things progress in their natural fashion, you may want to reconsider at some later date, or not.

In all things, you could have seven seconds to change the world.