With 80-90,000 who are missing every year in America, it makes you wonder where they go? In the third dimension, which most of us live in, we know it’s highly unlikely that a human being might actually vanish into thin air, as the numbers increase for missing people and faked deaths.

Conspiracy theorists have a heyday with speculating where the bodies of these people end up, but the fact remains that for the most part the world as we know it is a closed system, and most, if not all of us, are made of matter.

Then there are the devious people, or psychopaths, who occasionally fake their deaths in an attempt to escape taking responsibility for their evil deeds. Oh, they may be able to vanish into the fabric of America, but eventually, even the best of them turn up every once and a while.

They can’t help themselves. With all the agreements to honor the new people in their new lives, and their own oaths to themselves to keep their previous identity a secret (after all, this time, they’re dead, right?) they still front themselves off to the amazement of all the onlookers.

And when they do, all the co-conspirators who participated in the fake death and/or coverup are left to look like fools and idiots.

Is it illegal to fake your own death?

No, it is not. But it is likely that you and those who assist you in the staging of your faked death can commit crimes in the act of the faking of your death, the process of the cover-up, and/or any fraud or crimes that are committed following the death announcement.

Some of these faux dead people are so clever they accommodate their transition from one identity to another accompanied by a convincing death certificate, and even a body (which can be cremated expediently). LOL. 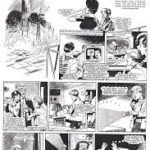 Mentally ill individuals will disappear from one life, possibly even leaving behind a body decomposed enough to throw off any suspicions only to reappear many years later in Florida, having lived a completely new life, while others disappear and reappear as easily as Invisible Dick.

Other criminals and con men continue to commit all kinds of crimes across the United States from Florida, California, Texas, and Nevada long after they’ve been declared or appear to be dead.

Some of these people who stage their own deaths conjure up a body, while others simply vanish without a trace leaving behind family and loved ones who petition for the coveted certificate of death to offer some form of closure to the disappearance of their loved one or to aid and assist in the person’s disappearance.

Others appear to disappear due to some traumatic event or brain injury where they actually have a break with their former selves and following a bout of amnesia develop a new life based on their being unaware or cognizant of any former life, only to be discovered years after living a new life under their new identity for years.

Though many of these individuals do remain undiscovered for many years, they do finally turn up and the mysteries of their disappearance or faked deaths are revealed.

In this present day, even with the best efforts to hide your IP address, you leave behind a digital footprint wherever you go, and this has led to the unraveling of many a clever psychopath who would have rather remained “dead.”

Nonetheless, in most cases, the truth is revealed.