There is you. Then, there is the “you” which you present to others. No one knows the real you, except for you, and you create a disguise which you operate, like a puppet, to present to the world. After one realizes the efficacy of puppeteering, you create an army of puppets to represent yourself in any situation and circumstance. 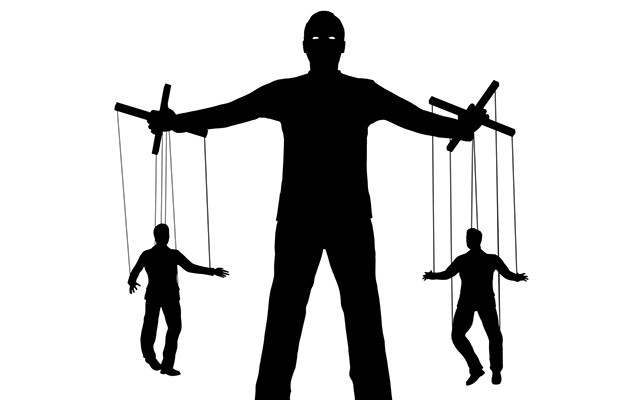 You expend a great deal of effort adorning your puppet(s) to present to particular audiences. You clothe and accessorize and present each puppet in such a way to have a particular impact on others, or to get what you want or need from others to make you feel good about yourself.

Masquerading is an effective way to interact with the world, but it doesn’t work that well with you, because you know the real you who dresses up your puppet(s), surrounds him/her with supporting evidence. You adorn your puppet’s environment to validate his/her personality by decorating his/her home, earning certificates and take taking photos to hang on the wall, driving a particular kind of vehicle, and a myriad of other supporting evidence to in essence prove to the world that your puppet is the real deal.

You’re constantly looking for new ways to support the identity of your puppet. Every time you think this is the one thing that will finally cement your puppet’s identity, it satisfies for a moment, then you discover it just didn’t quite accomplish you intended purpose, like you thought it would. So, you seek out another piece of supporting evidence.

You surround your persona with collections of supporting evidence which could be anything from material items to acts of service to others, or even vices or debilitating disease. All in an effort to convince the world to accept the identity you’ve designed for yourself. But no matter how hard you try, you know this is all an act. Regardless of how much time, effort, and finances you’ve dedicated for supporting your persona, as pretty or magnificent it is, you know it is all a worthless façade.

Then there is the most valuable and precious activity of life, and that is the real and authentic personal work performed by and on the behalf of the puppeteer. Unlike the things you do to support the identity of your puppet(s), the effort you put forth to support your true self which stays hidden from the external world, it is the best and most intimate thing you can do for yourself. This is your deep inner work.

There is great contrast between your deep inner work which cannot be seen by others, and the external representation of yourself which can be acknowledged and revered by others. The support and admiration you received from others creates an addiction to the maintenance of your façade, which clouds your judgment, preventing you from seeing the value in expending efforts to conduct your intimately private deep inner work.

Once you start to look deeply inside yourself, if you dare, you can start adorning your inner self, the real you, with mindfulness, self-care, support, therapy, forgiveness, and unconditional love. Just as you adorn your public persona(s), you beautify your inner self, connecting to that greater part of you which is a higher energetic vibration than could ever be represented by any material possession.

Nothing gives you such lasting satisfaction as doing your deep inner work. And as you conduct this deeply personal and intimate work on yourself, you can influence your persona(s) in ways that can offer glimpses of the changes taking place inside the puppeteer.

These subtle nuances cannot be hidden, as they can be seen by the trained eye, every time you pull a string, redecorate the surroundings, or operate your puppet.

Empowered by the energy emitted from your heart of hearts, your deep inner work begins to affect the world around you in even the smallest of ways like a pebble creating a ripple effect which radiates throughout the otherwise still pond of life.

You are love. Embracing your love life, loving yourself, all the deeply intimate and harrowing parts of yourself as all being in divine order, is the greatest love-work of all.

You are doing it. As you do, you create hope and inspire others to shift the focus of their lives from keeping up appearances to focusing within, and life by life, heart by heart, the world evolves and becomes a better place.

God bless you for all that you do.

People can be very mysterious, and even though it’s impossible to know what’s going on inside someone’s head, you might be surprised to know that it’s easy to see people as they really are, if you are paying attention. Often they will clearly show themselves to you and when people show you who they are, believe them. 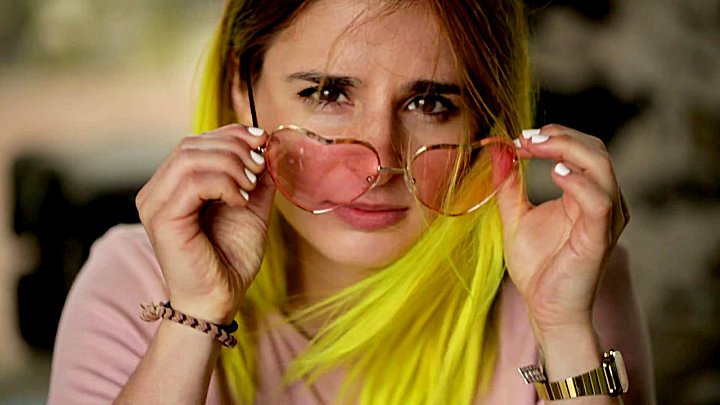 It’s easy to be impressed by someone’s presentation, how they talk, walk, dress, what kind of car they drive, the house they live in, job, or financial independence they exude. Even if your first impression and instincts were over-ridden by appearances, if you’re paying attention, you will often be seeing them clearly showing you the type of person he or she really is.

This is a common occurrence amongst the dating community. When a relationship falls to pieces since hindsight is 20/20 the love-seeker is saying something like, “I saw it, I just didn’t want to believe it,” or see it for what it was. We tend to project our best view of a person onto the people we desire to admire. We overlook the warning signs, in the beginning, to hold a sacred image of them in our minds.

Little inconsistencies that don’t seem to be important, and are easily overlooked in the initial phases of getting to know someone, were likely clearly communicating what to expect from this person.

Little things like, not having same-sex friends, not communicating with family members, or everyone they know is “crazy.” Maybe it takes a while for him or her to respond to your text, but you notice when they are with you, that he or she responds to texts from other people immediately… and other things that make you go, “Huh?”

Even though you might write those things off negligible inconsistencies at the outset, after a while you start asking, “Why?”

When you start asking why, your projected image of them is starting to fade and you’re starting to see them as they really are, and you’re likely to wonder why it appears that they have changed. Only they haven’t changed, though your perception of him or her is changing as you’re allowing yourself to see them in a more realistic light.

There’s nothing wrong with wanting to see the best in someone, to believe the best about someone, but when you realize that they are who they really are and see clearly that they clearly showed you who they were from the outset, don’t beat yourself up too much. It only means that you have a heart, and you were caught at a time when you wanted to believe the best.

You may have let down your guard and been vulnerable, possibly even feel as though you were taken advantage of, but you can’t put yourself down for loving too much.

You didn’t want to not believe in someone’s best possibilities. You didn’t want to give up on this person or give in to believing that they were any less than you believed was their best possibility. You’re not a quitter. You saw the goodness that was in them, which they could have fully embraced, but when it comes down to it, they just couldn’t go there.

Not that they couldn’t grow into their evolutionary highest and best, but they just weren’t ready to do the work necessary to be the amazing person whom you envisioned coming to life in your mind’s eye. And nothing you could do for them could change them. Change can only be accomplished when the changer sees change as inevitable. No one has ever changed by being nagged to make a change.

No one has ever changed by being nagged to make a change. (Okay, maybe for a moment to defer a particular consequence, but not meaningful, lasting change, which only comes from within.)

Love is a delicate balancing act of loving without reservation, and self-preservation. It’s different for every person, and only you can decide where your boundaries are.

You are awesome and your strength is in the power of your love, and sometimes loving might empower you to let someone go to find and make their own way. This is really the best, most supportive thing you can do. Nobody is wrong, broken, or in need of fixing (plus, you couldn’t fix them if you wanted to).

It is up to you to determine what people and characteristics that you want in your life. So, it’s good to have an idea of what you want and what you don’t. When you start seeing undesirable attributes in people in your inner circle, you can start making plans to clear your sacred space of their influence.

You might be surprised to learn that someone might see some of your attributes as being undesirable. I know, it’s crazy, but its true. We all have our own unique flavor, but we’re all in the same soup, which would be bland if not for us.

While some things are tolerable, it’s up to you to decide what is intolerable or referred to as dealbreakers. These are the characteristics that are red flags indicating that you need to move someone out of your inner circle to make room for someone who is more compatible.

All that to say, don’t be surprised when you lift the veil of best intentions to see that almost every person is being honest, showing you their true colors at the get-go, and if you’ve given them the benefit of the doubt and viewed them in their highest and best form, don’t beat yourself up about it. See them for who they really are.

“When people show you who they are, believe them.” ~Maya Angelou