I just want to preface this eye-opening short by stating that I am sharing protected private information based on a story told to me in confidence by a veteran who was consulting with me who had regrettably survived his first suicide attempt. His story rocked my world. If it has the same affect on you, do not take my word for it. Conduct your own research and draw your own conclusion. 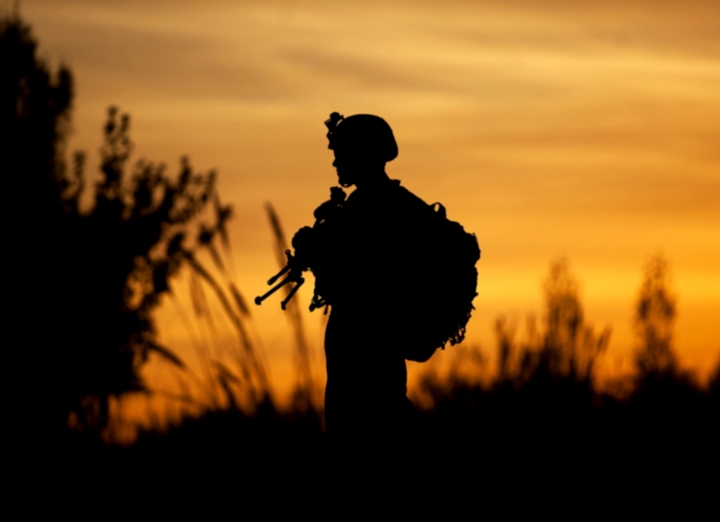 Having lost a son in Afghanistan, my heart immediately went out to this veteran who told me the reason that he decided to end his own life was due to his coming home to a broken family and exited his service after completing his commitment. His wife had filed for divorce while he was stationed in Afghanistan.

The father of two young children was reported as being a dangerous killing machine with knowledge and experience with the most dangerous weapons and recorded kills (even though this was in service of the United States military) and the mother claimed to fear for both her life and the lives of her children.

The father was granted supervised visitation, while he looked for gainful employment. While he was in Afghanistan and later looking for work (which is difficult for many returning veterans) he was accruing a substantial child support debt.

The Division of Child Support, harassed the veteran, threatened to imprison him for non-payment, assumed owner status of his modest motor vehicle, seized his bank account and suspended his driver’s license.

Unable to make the payments, the subsequent loss of visitation rights for non-payment of support and fearing the worst (as well as possibly suffering from PTSD from his military service abroad) the veteran felt as though his life was worth nothing and he would be better off dead.

I became acquainted with him following his first failed suicide attempt. Protected by clergy-penitent privilege, he shared his story with me, and try as I may, I cannot be certain that he will not be successful if he tries to take his own life again.

I have long been troubled about the high suicide rate of veterans returning from abroad and while my son was serving I feared that he might return from Afghanistan with suicidal thoughts.

The man who was telling me his story insisted that as much as two-thirds – or more – of all the veterans committing suicide were in the exact same circumstances.

Every Hour of Every Day

Every hour of every day a veteran decides to take his own life, 90 percent of them successfully kill themselves.

To think that it might be due to child support harassment, while they are trying to recover from coming home from war, trying to find a job and managing the psychological stress from serving their country and losing their family boggles the mind.

I am deeply troubled by this story and find it hard to imagine it could be true, even though I have had access to individuals who have suffered many atrocities conducted by our government and the system which supports it.

I realize it is not my purpose or ministry to immerse myself in this injustice, but I can support someone else’s efforts to try to uncover any hidden conspiracy and make this right, if it is true.

Please let me know, and share your information, if this is your calling.