There is a story told by don Miguel Ruiz in his book, The Mastery of Love about The Man Who Didn’t Believe in Love. 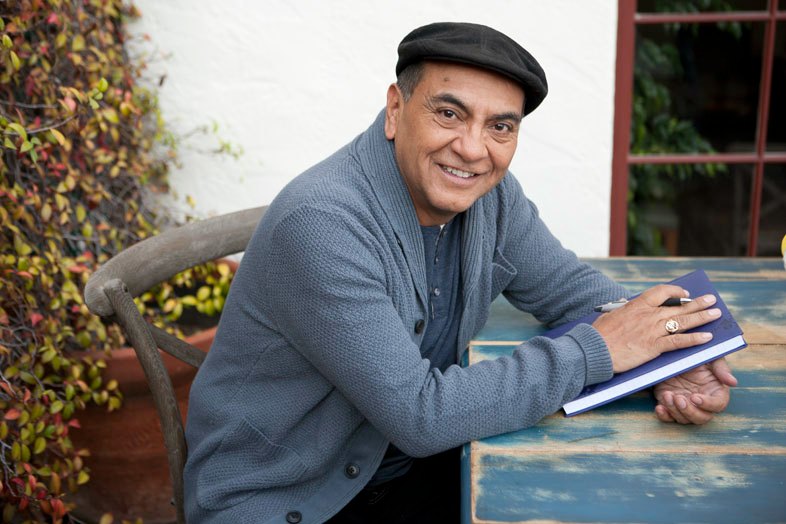 The tale tells of a man who didn’t believe in love. By studying the love and relationships of others, even those long who professed to have longstanding, high-quality love affairs, deduced from the data he’d collected that there was no such thing as love.

He believed that love was like a drug which most people are addicted to. Once you’ve tasted of it, you must have more of it, and you might do just about anything to get it, even compromising your core beliefs, and denying your personal needs to get your addiction satisfied.

The man who didn’t believe in love gained the attention of many others whom he persuaded to subscribe to his point of view, “love does not exist.”

Then, one day, he finds a sad woman on a park bench, and asks her why she is so sad? She tells him she doesn’t believe in love, which piques his interest. She tells her story about how she once believed in love, married, went through all the motions to sacrifice everything for love. She took care of everyone, her husband, the kids, everyone but herself.

Now that the kids have all left the next, she and her husband discovered they had nothing in common. No love. Not even friendship remained. They divorced and went their own ways because nothing remained or survived their marriage.

She was left so terribly alone, with nothing to fall back on, because of her sacrificing everything for the relationship, as she awakened to the idea that there was no such thing as love and her life was wasted on forcing herself to propagate the idea of it.

This woman and the man who didn’t believe in love became friends. Their relationship was something special. Since they never believed in love, they became the best of friends, drawing ever closer together out of mutual respect for each other. They didn’t hold unreasonable expectations for each other, allowed each other to do whatever they wanted to do, together or apart, and they began to grow closer to each other trusting each other impeccably.

One day the man is walking through the park and he quickened by the thought that maybe love does exist, only maybe it’s not what everyone thinks it is. Maybe, just maybe, the relationship which he and this woman are sharing is love. It certainly feels more authentic and true than any other representation of love.

He and the woman are now living together, so he goes home to tell her of his epiphany, and she intimates that she had the same thought, only she was reluctant to say anything because he didn’t believe in love.

Then, one day, the man is walking alone at night with his heart so filled with love, looking up into the star-filled sky, a miracle happens. The most beautiful of all the stars descended. Floating down from its home in the sky the star sets itself gently into the hand of the man, then another miracle happens. The star’s light sends a beam into the heart of the man, and the man feels more love than ever before.

With his heart so full of love, the man rushes home to tell the woman of his miraculous discovery.

He tells the woman of the story, and so filled with love, excitement, and a yearning to share his love with the woman so she, too, can share in this experience. He places his star in her hands. Overcome by the magnificence of the star, still, the woman wonders if it could really be true?

In that moment of doubt, the star slips from her hands, falls to the ground, and is shattered into a million pieces.

Now there is a man who wanders the world who doesn’t believe in love, and a lonely old woman who had a chance to have all the love which could ever be imagined, if not for one moment of doubt.

I refer to this story often, as I can relate to it so well and so can others who hear it.

If you’re wondering wht the moral of the story is, you should pick up a copy of don Miguel Ruiz’ book, The Mastery of Love.

When you think about the greatest love stories of all time, certain love icons come to mind such as Romeo and Juliet, Lancelot and Guinevere, Mark Anthony and Cleopatra and Tristan and Isolde. While stories, like these, mesmerize the minds of many a lover over time to seek out relationship potentials similar to what are known as the greatest love stories, a closer look at these stories reveals they may not have been all they were cracked up to be and certainly are not really good examples of relationships to model in real life. 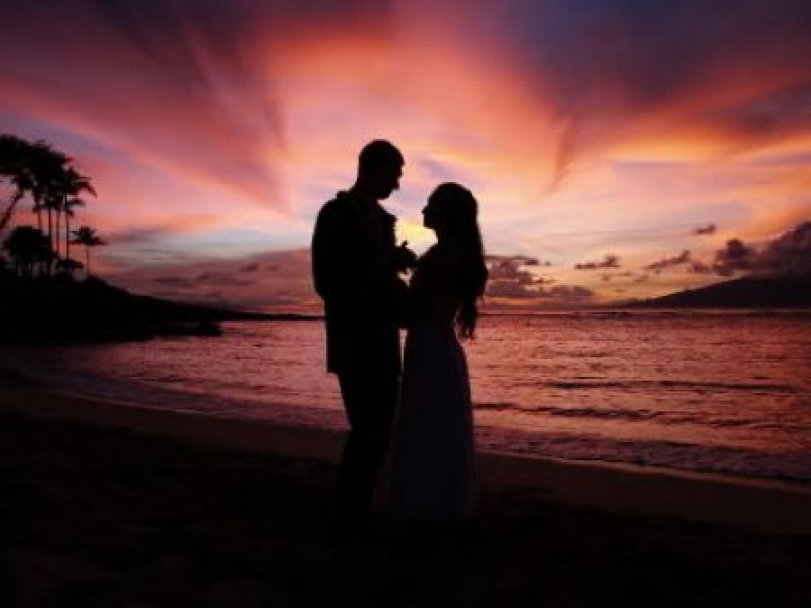 In case you haven’t noticed, the ends of these stories are more often than not terrifyingly tragic. Who wants to sign on for that? Don’t most of us lean more toward the idea of a happily ever after as a consequence of our greatest love of all time?

I think most of us could agree, if we were to write our own love story it would come to a glorious conclusion full of trustworthiness, faithfulness, shared vision, true love and happiness with a bit of adventure thrown in for flavor, leading to a happily ever after type of ending. This sounds much more appealing to me than those aforementioned heralded greatest love stories which did feature passionate love affairs (a necessary component to any tale of true love) but the story rapidly devolves into dysfunction and death not only of the love affair but the death of one or both of the lovers.

It is all so dramatic, as if the most sought-after love is so impossible that the only price to pay is to sacrifice one’s own life for hope of experiencing a brief passionate love. Really?

While we might reside ourselves to believe that God the Almighty writes the story which we all must follow or our fates are written in the stars, the truth of the matter is this:

You are the author of your own love story 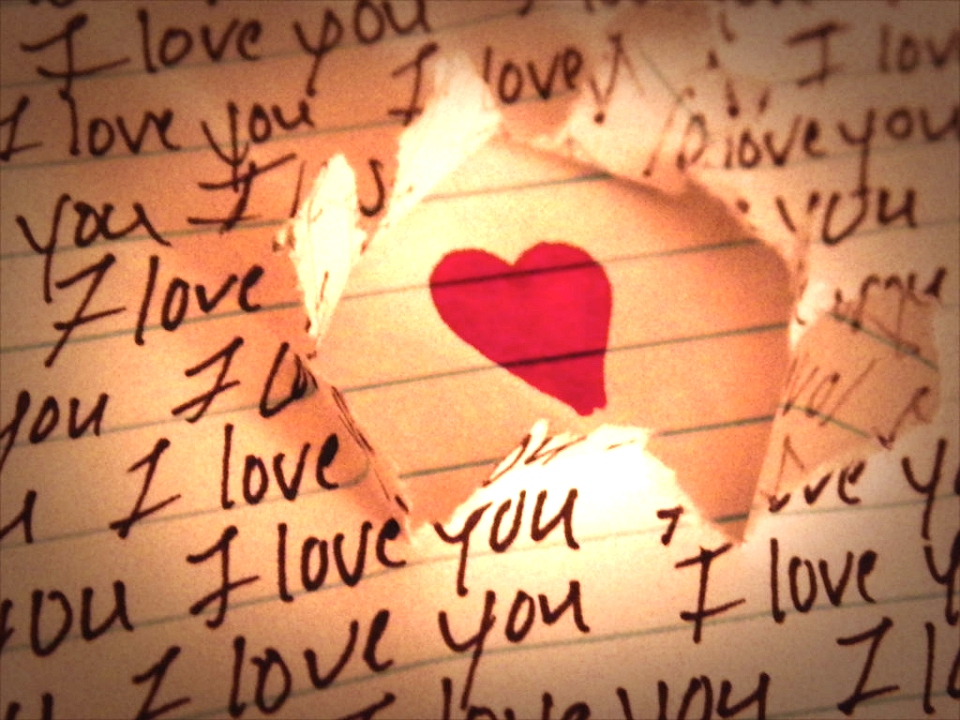 So, you best start writing the love story that you want to experience. Your story can take a dramatic twist with the lover you are now engaged in a relationship with, or you can begin to attract the love you desire in any way you see fit as you are the author of your own love story.

First off, forget those famous love stories with all that drama leading to loss of life. This is your chance to write the perfect love story using characters already at your disposal or with an entirely new cast. The choice is yours.

You can write in all the passion and romance you’ve ever desired without all the drama. You can share a co-creative life experiencing all the best things this life has to offer and you can write the happiest of endings as you walk hand-in-hand into the sunset together in loving celebration of a life well lived.

To do justice to your new story, remember to retain the learning from your previous experiences without carrying the negative energy associated with your past. Though you may have gone through negative experiences keep in mind that these events were only put in your life to help you focus intently – not on what you don’t want (because that will only bring you more of the same) – on what you truly desire as you highest and best.

Start writing about your perfect lover; How will you meet? What will he or she look like? What will their life be like? What are the key characteristics to look for? So that when he or she appears in your life, you will know that he or she is the one based on the character study of your true love.

Keep in mind that while perfection may be too much to expect in this incarnation, allow room for characteristics which may be negotiable, while other may remain deal-breakers. Stay focused but have an open mind regarding the many possibilities which are even now approaching your horizon as you write.

Allow room in your story for unexpected changes and challenges as these lead to increasing the possibility of even greater love as you go through these experiences together, strengthening your bond and commitment. The key is to share the experience fully together, ready for any upset and able to do what is necessary to make it to the other side. What waits on the other side of these obstacles and challenges will exceed all your expectations for having the greatest love of all.

Your romance can – and should be – full of sustained enthusiastic joy and happiness. Happiness does not have to be a temporary state of mind, as you may have thought in the past or read about in other stories. You, as the author of your own true love story, have the advantage of holding the writing instrument firmly in your own hand, no one else is forcing you to write anything, write from your heart and continue to write until all your hopes and dreams begin to materialize.

When faced with a challenge, weigh all your options, make a decision based on what resonates with your heart and makes you feel good. What things are good, lovely, inspirational, expressing joy and happiness; use these criteria to base your decisions on.

In those love stories celebrated as the greatest, often includes betrayal as a key component which could affect your story in a negative manner. Your love interest need not be forbidden, in a relationship with someone else (even though there may be a degree of excitement associated with exercising a lurid affair), or promised to another. It may be in your best interest to attract someone who is authentically available and not involved with another. You can write your love interest as one who is pure and truly available to be yours and yours alone, if that is the true nature of your desire. This will assure a solid foundation for the fulfillment of your future love story.

Think on these things as you write your true love story and watch the details appear and play out throughout your life’s journey. Your story has been quite a ride up to this point, now it is time that you craft and experience the greatest love story of all time.

This love story is yours and yours alone and even greater than any love story told.