Then there is that moment in time when everything is perfect. Everything in life, the world, the universe is in perfect harmony. Sure, there could be things going on that appear to be bad, even evil, other things that don’t make sense and you wish you had access to more information. You could be surrounded by uncertainty, dysfunction, and chaos everywhere you look, but In this sacred moment, everything is perfect. 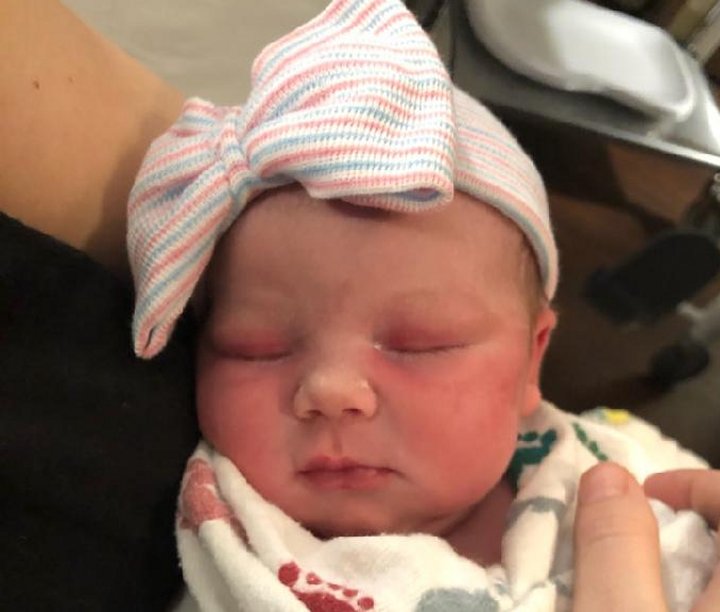 I experienced such a moment when my latest granddaughter was born.

Even though the world had not changed. There was no pervasive love vibration amongst all peoples, no worldwide peace, no curtailment of the powerful trying to control and manipulate the less powerful, and people were still killing each other in the name of their country or what they believed in, still, there I was in this brilliant moment of sanctity.

I knew that everything was fine, even more than fine, I was able to sense a sacred harmony and balance is all things, in that moment when my granddaughter arrived on planet Earth.

Here she was, fresh from the other side, when moments ago when held in her hands and being the knowingness of all things. She chose to live a life journey in the arms of my daughter and son-in-law. And I am blessed that she chose me to be her Papa.

As I was high on all the biological chemistry taking place, everything was so sacredly impressive and for a while, I was able to see and feel that there was a sacred harmony in all things. Everything, even the injustices, and horrible things made sense to me, because of this. This is what life is all about.

It’s about creation and the willingness to go through the process to live, love, learn, share, and create, while experiencing a wide emotional range, sampling all this life has to offer.

How exciting for my daughter and her husband to be starting this new chapter in their life together?

How much more exciting for my new granddaughter, who is starting her fresh, new journey, with a blank slate? I love her so much, more than words can express, and I barely know her.

(She has my DNA in her mix. I hope my contribution is a blessing for her, her parents, and families to come.)

How will her journey unfold?

I can’t wait to see what happens next!

It’s moments, like these, that make me want to live a thousand years or more. I am so fascinated by being able to see all the possible paths those whom I care deeply about have chosen as their method of experiencing everything this life has to offer.

I don’t want to miss a thing.

I believe this world has a bright and sunny future, and I will do what I can to encourage others to raise the bar for all the grandchildren in all the world.

One man cannot do it all, but all the grandparents in all the world, if we all could just do just one thing for a better world for our grandchildren, the world will change dramatically, for them.

Bruce and I were competing in a musical talent contest. He had a band, and I was a solo guitarist performance. Bruce’s band won the contest, I was proud of him, but disappointed that I did not win. I could have just quit playing guitar and thrown in the towel (which crossed my mind) but I decided to carry on. As confirmation of my refusal to give up, I was approached to teach guitar at school, which I did. 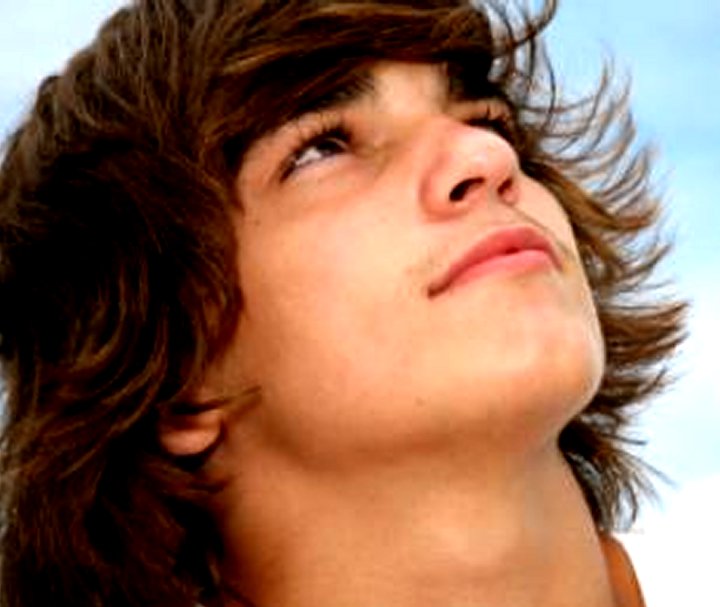 I could have chosen to quit, but instead decided to commit to keep going forward, and received reward for my decision to do so.

Later in life, Bruce and I played in a band together for a while, until our lives took different paths. We’re still acquainted, thanks to Facebook. Good times.

When faced with any quandary, generally there are at least two vantage points to approach any situation from; either the perspective of the pessimist or the optimist.

In general, if you can approach life from the perspective of the optimist, there’s a far greater chance that you will more easily live a better life, potentially your best life, and maybe even desire to contribute to the greater good and make the world a better place.

Why might you want to look at the bright side of life often, if not all ways?

There are many benefits from having your default setting set at “Optimistic,” such as reduced stress, lower blood pressure, more often in a good mood, and have a heightened level of performance in any endeavors with more ease than your pessimistic peers who will find themselves working harder to keep up. (Just saying.)

I hate to be the bearer of bad news, but optimists are now being overrun by pessimists as their numbers begin to grow. If you are basically optimistic (not 100% of the time but more often than not) then you are definitely in the minority.

And who could blame anyone in this day and age for being unable to see the bright side of anything? What with having to put up with a constant barrage of negative media pounding you down every day, and that’s completely separate from the attitudes of others who just fail to have compassion or the willingness to create a real connection with others.

In general, our relationships suck, and no one is too terribly surprised when they find themselves stabbed in the back by someone, they thought they could trust. Integrity is just not fashionable anymore. Then there’s disrespect, abuse, broken dreams, and promises. If all that doesn’t beat the optimist out of you, it’s a miracle.

This pessimism promotes depression exponentially, and it affecting us at earlier and earlier ages. It wasn’t that long ago that adult onset depression would commonly develop in adults in their thirties. Now our children are suffering from depression more predominantly at about age fifteen.

Pessimism, it’s associated depression, drama, and trauma is causing our culture to erode.

A little optimism goes a long way in living a better life, your best life, and filling your life with such an exuberant quality of life, you may very well be inclined to want to make a positive contribution to your family, friends, the community, or even the world at large.

Why? Because you “feel good,” and that good feeling is contagious and makes you want to give it to others.

As much as you wish you could give the gift of looking at the bright side, or the blessing in any given situation (even the really bad ones), it’s generally not possible because pessimists just think you’re cazy and living in a fantasy world.

But for those who have chosen to make the transition from pessimist to optimist (and it happens), their lives have changed dramatically (even if their peers do think they are a little whacko).

What can you expect as am optimistic individual?

Well, first off, you have a general expectation that good things are always happening; and so, they do. Onlooking pessimists will observe the happy go lucky optimist encounter tragedy, to find them coming out of a potentially crippling episode in life with little more than a scratch, smelling like a rose.

The pessimist might just think that the optimist was lucky (or might secretly be hoping that they suffer appropriately the next time they encounter hardship). When the truth is, the optimist created the outcome from their own positive thoughts.

The same is true for the pessimist, as his or her thoughts determine the outcome of the challenges they face in life. If they have a generally negative vibration or thought process, this spins every potential scenario in a negative direction, even the good things in life tend to go haywire, and that deepens their depression, as they seek solace in withdrawal from society so as to protect themselves from further risk of more bad news.

Once kicked off the horse, an optimist is more likely to get right back on, knowing that the worst is over, and it can get better, while the pessimist will vow to never look at another horse again.

Rather than accept the role of “victim” by admitting defeat, an optimist will look for the lesson, the hidden secret, the blessing of any negative situation, and see a divine, sacred synergy in all things, and be grateful for the experience. They are far less likely to give up.

If you are of the optimistic persuasion, you celebrate the wins of others, you encourage and edify them. There’s no underlying jealousy, or one-upmanship going on behind the scenes, you really do like to see others shine and enjoy sharing these moments with others. Pessimists are more likely to “have an angle” and feel as though they must control or manipulate situations or others to get ahead.

Unsupported optimists don’t need the feedback from others to make them feel good, they find their good feelings within their own center of gravity.

Fortitude and stick-to-itiveness are attributes you find showing up in optimists as they encounter challenges in life. They have an increased stamina by wielding their own economy of energy, exerting only the amount of force necessary to keep enough momentum to carry them from here to there.

Stress is the battleground of the pessimist, while the optimist has more of a tendency to go with the flow, using the current to their advantage. Pessimists are more likely to struggle and fight against the current.

Good health, a more youthful appearance, attitude, and longevity are the rewards of an optimistic lifestyle. Being in a state of happiness or gratitude boosts one’s immune system, while fear, anxiety, frustration, suspicion, paranoia, jealousy, hurt feelings, and a vengeful heart deplete one’s immune system.

No one would blame you for not wanting to.

Just know this: You are love, and there is far more goodness waiting to come to you.