Imagine you’re a genius filmmaker who has been assigned a very special project challenge. Your film company has made all the arrangements. They have found a town to use as your next film’s location. All the arrangements have been made. The local government has received signatures from every person who lives and/or works in the town authorizing you to make any film you like using local talent, any naturally occurring events, and locations to make your movie.

All the releases have been signed and you are allowed to use anything and anyone in the town as long as you do not disrupt anything that might have (or have not) occurred naturally. The residents have been charged to ignore your presence and that of your crew as much as possible and you may use and/or bring in outside talent as long as they have not been on film before. This motion picture is to have an incredibly natural feel to it, and you have no script, but your mind’s already swimming in ideas. 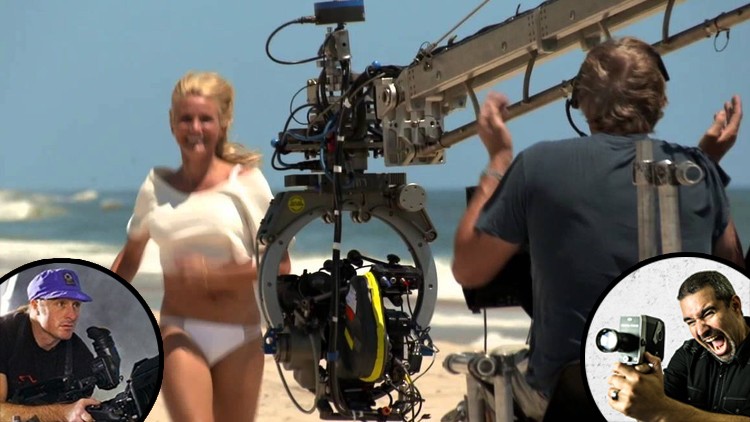 You accept the challenge.

Day one. You and your crew arrive in Astoria, the location of your film. Immediately, you and your crew drive around the town and scope out potential sets. Any home, any building, any location is yours for the choosing. You take some basic reference shots of potential locations for you to refer to later.

You decide you’ll start shooting tomorrow at a restaurant and lounge called the Crab Pot.

Next up, you have time to select your key players, so you and your crew head out to downtown to see what the locals look like. The local supermarket seems to be the place with the most foot traffic, so you settle-in there, posting up where local Girl Scouts usually are outside the store selling cookies.

At first, a crowd starts to develop around your area outside the store. Local law enforcement arrives to break up the crowd because they’ve pledged to ignore your presence unless you reach out to them. They apologize profusely and you recruit two of the officers, Jason, and Kelly to be talent in your film.

By five o’clock p.m. on your first day, you’ve selected the location where you are going to shoot, and you have a cast of eight locals selected to start filming. You’ve called a dancer from Las Vegas to appear in your film, and she’s on the bus right now, headed for Astoria, she should be arriving tomorrow. You’re thinking she will play your love interest.

That night you’re up all night plotting and scheming as your intention is to start shooting first thing in the morning.

The next morning, before the break of day, you and your crew set off to the Crab Pot to better acquaint yourself with the location and to get some establishing shots. Wait-a-minute… What are all those lights and emergency vehicles doing down the road? You tell your crew to start filming from the limo.

What? You insist they shoot anything and everything. Maybe you will find a way to fit the footage in later. They agree and comply. As you get closer to your location,

Sure enough, the Crab Pot suddenly burst into flames in the middle of the night, and it looks like you’re your location is a bust. You’re frustrated, as you rip out the sketches of your storyboard which relate to this location, as you tell your crew to get out and film everything, getting the best shots they can.

You start sketching-out the events which are currently being recorded, maybe you will find a way to write them in later.

Unfortunately, Eli, one of your cast members was in that fire. Although severely burned, he was rescued by firefighters, treated by EMTs and transferred to the hospital. You send half of your crew to follow him to the hospital while the other half continues to cover the fire. Eli died after being put on life support at the hospital, so now you’re down to a cast of seven, with one en route on the bus. You scratch-out parts you had intended Eli to play in your film.

By three o’clock p.m., you have footage of the fire, emergency response, and hospital footage in the can, as you film the arrival Tasha, the dancer, as she steps off the bus. You take a shine to her, thinking she is going to play a significant role in your reality-feeling movie.

By seven o’clock p.m., the dancer is being handcuffed and stuffed into the back of a police car, kicking and screaming. In four hours, she had gotten drunk, high, lifted the wallets of eleven locals (two from your crew members), stolen three cell phones, had sex with the mayor and his wife (unbeknownst to each other), and was arrested for being drunk and disorderly, theft, and destruction of public property. (Which you have documented and “in the can.”)

You send two cameramen to follow the police car and document whatever happens to the dancer.

You don’t know how this is going to affect your script or if any of the footage collected from your second day in town and first day’s shoot will appear in any of your movie at all, but you will be thinking of ways you can use it for your best advantage in upcoming script revisions.

There’s still hope for the scheduled “chance” encounter when you lightly direct and passively shoot the meeting of Alex and Mandy at the Pig & Pancake, while you and your staff grab a bite out of the camera’s view.

At nine-thirty you get a call from the pair covering the dancer. It appears she has outstanding warrants in Las Vegas and will no longer be a potential cast member. You call the videographers back to “The Pig” to join the rest of the crew.

And so it goes, day-in, day-out, every day after day, just making the best film you can out of the footage you get. You have your plans and ideas, and stuff happens. You readjust and keep shooting.

What’s in your movie?

Up ’til now, you’ve seen the theatrical version of your life. Maybe it’s time for another look at this work for the new expanded, vulnerable and honest director’s cut. 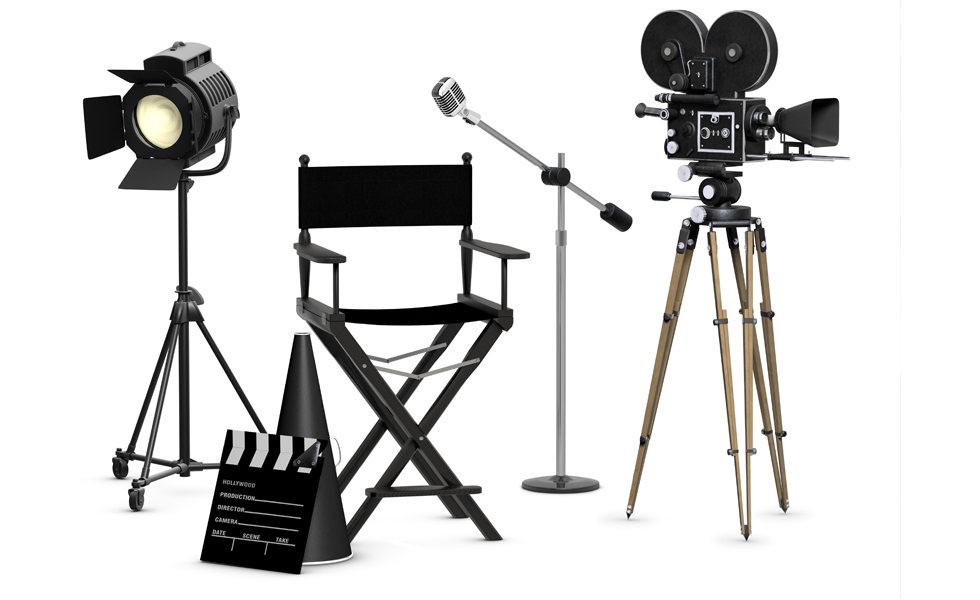 If you desire to grow and expand into the best version of you, you need to take a look at what lies beneath the surface. Like a tree, the condition of your soil, the vastness of your root system and vital nutrients (fertilizer) all contribute to what is realized topside. Beneath the surface is the dirty work of self improvement, exposing our vulnerabilities.

Tracing our hidden root system with honesty and transparency can be frightening, looking the ghosts and demons of our past in the eye, studying our less than honorable moments and connections, opening old wounds, administering healing is the deep work.

Let’s face it, no one’s perfect, especially me. But this digging deep, working with the fragile infrastructure of my life, helps me to take out the trash and preserve, honor and cherish the antiquities that I treasure, more precious than diamonds. Left buried and un-treated these hidden wounds fester, leading to disease, deterioration and death. Tending to them openly and honestly, risking the sensitivities or our most vulnerable self allows us to turn them into energetic nutrients encouraging massive new growth, expansion and the juiciest fruit you’ve ever imagined.

This no-holds-barred approach to the deep work helps us find the beauty in what we may have discarded or buried as trash, while maximizing the nutritional elements of each buried experience that otherwise promotes rot and decay. This work allows us to look back at less than favorable moments in our lives with gratitude and joy.

We all are imperfect; yet hold ourselves to unbelievable levels of perfection, often punishing ourselves for missteps and failures. An honest review, looking at our darkest moments, broken dreams, betrayals, denials, punishments (of ourselves or others), denials, sacrifices, suffering and despair can be the most difficult work, but little else is so effective. On the other side of this work is an embracing of life as it is, with all of its jagged pieces, which if held in the light of love, sparkles like diamonds in the sky.

We live in a world with a forced set of parameters that are all imaginary. We are raised and forced to believe we are restricted by limitations imposed by nothing more than invisible self-policed thought processes, effectively imprisoning our experience in this life. These life restraints are challenged and the chains broken as we are set free to explore our untethered possibilities.

When you are able to break open all those tender wounds and face your demons with vulnerability, you can endure the entire process and look back with a sense of frivolity. After all, from an alternate high perspective, someone, somewhere, our higher self or God is looking at all this from a completely different point of view. And from this perspective, we are able to see things as they are and even laugh at ourselves as if watching a slapstick comedy.

Being able to find the humorous moments in the tragedy of our life can be as easy as changing the soundtrack. The background music can change most any scene from dark drama to lighthearted comedy. When you are able to look back on those moments, with respect, honor and a smile (if not a full on laugh), you are finding joy in a life that is. This is the key to true and lasting happiness.

Lightening up and loosening our restrains, allows us to find the joy via our newfound lighthearted approach to life. There is no need to make life so hard.

Aren’t we all in this together? We are all just actors playing parts in each other’s life teleplay.

Though some are born with an innate ability to play out their parts, most actors have trained and honed their skills, to learn how to take a fall without hurting themselves. It takes the same skills of agility and strength to be a death-defying stuntman/stuntwoman or a physical comedian. The soundtrack determines whether we gasp in fear, or laugh our ass off, watching the scene play out.

You’ll be surprised how much valuable story line was left on the cutting room floor. You can re-edit the theatrical version by filling in between the lines, enjoying new camera angles and changing the soundtrack in your Director’s Cut of your life.

Get ready to approach life with a new sense of vigor for all the fun that lies ahead on your enlightened journey.