If we’re all living in one big video game, as Elon Musk believes, might it be helpful to know which people we interact with are “real?” (Real meaning that they are authentic beings hooked up to a machine, not unlike a virtual reality video game.) And might it be to your advantage to be able to identify those which are just computer-generated models or bots, which appear to be real, but are really “fake?” (Fake meaning there is no actual live being living the experience on the other side.) 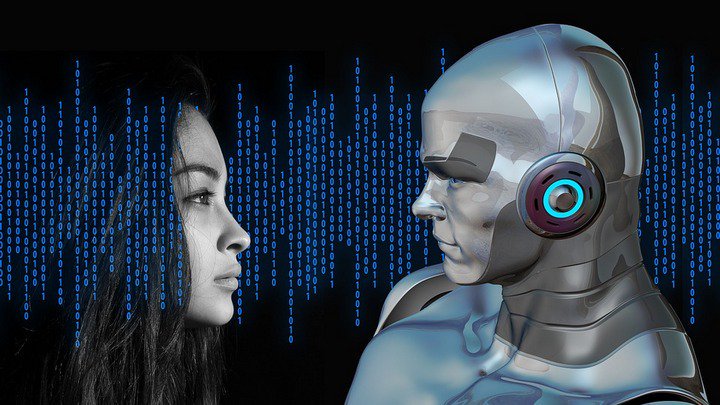 Are You a Being or a Bot In the Video Game of Life?

The best players in the video game of life contend there are clues to whether a being with whom we interact in this virtual world (which seems very real) are connected beings or computer game simulations.

The characteristics of real beings living in this virtual reality world are different from those generated by the “system” which runs this massive simulated life experience. The people, like you and me, who are off-grid somewhere hooked up to the machinery for the experience share the following qualities:

They look out for others, possess a high degree of compassion, care more about their fellow man, and other participants in the game, such as animals, and the environment which shapes the world we live in. They want to contribute to making the game even better for other players.

In terms of influence, the real beings are less compelled to impress or seek approval from others. They’re fairly confident about who they are in this game and don’t need to be supported by others to have a sense of value for their lives. If their mission in life leads them to the stage, they do so in humility, if not reluctantly, and have no intrinsic need to be the center of attention.

Real players find comfort in quiet time, solitary moments, and relaxation to restore and recharge themselves and are humble because they really have nothing to prove.

If you’re real, you’re often found being that way. For instance, if you have a problem with someone, you can talk to that person face-to-face, express your concerns to see if you can work anything out, or make sense of something you don’t understand.

Integrity is important to the real players in the video game of life. They have a high sense of honor which has them wanting to be true to themselves and others. They will expend extra effort to keep their promises and to do the right thing, regardless of how they feel, or unforeseen circumstances. They are dependable and keep their word.

You will find real live life game players uplifting and acknowledge others for a job well done, or an enthusiastic effort, even if someone has fallen short of their intended mark. We understand everyone’s just doing the best they can (including ourselves), and applaud those why try their best.

The motivation for real beings is grounded in the greater good, so they often can be found helping and supporting others in the game of life. They desire to see and help as many other players as possible have the most success, joy, love, and living out the best game for them in this life, even if they get nothing in return for their support.

The computer/game-generated bots with whom we share the video game of life are just as real as we are, though they do not have a person connected to them, like us. They can be identified by the following characteristics:

They see themselves as being better than others (especially players hooked to the machine, like us). They lack respect for the players but tend to align themselves with sources of power to influence their standing within the game. Therefore, if you are in an influential position within the game, while you wield this power, they will feign support, alignment, friendship, love, and acceptance, to draw upon (and possibly drain) your power to improve their position in the game.

Bots are always looking for acceptance of others, seeking to validate their existence. They can be found exerting a great deal of effort to be accepted by others, and have no qualms about lying or being dishonest in their attempts to create value in their lives, essentially by “fooling” others (and themselves) into believing they are real.

Bots are anxious, unsettled, and are constantly on the lookout for ways to advance their position in the game, desirous to be in the spotlight. They will seek entertainment, excitement, and finding new ways to have access to others to extract life force and gain points in the game. In a meeting, if they are not in front of the room, or on stage, they will seek to get as close as possible or exert their superiority or excellence in some way. They find it difficult to relax but will pretend to relax with someone else, if they think it will potentially increase their position in the game.

Contrasting the humility of real players, bots find it necessary to brag and boast about their experiences, performance, achievements, possessions, or position. They believe this will attract “followers” in order to increase their value or influence.

Bots have no inclination to keep it real (because it’s not) and they have no problem talking behind others’ backs and spreading unsubstantiated rumors. Plus, they think the putting down of others, gives themselves an even greater sense of superiority.

The bots in the game of life are likely to tell you whatever you want to hear and make promises they never intend to keep. It’s hard to trust a bot due to their track record of not following through while possessing a litany of likely (or unlikely) excuses for not keeping their end of the bargain.

Bots could care less about what you’re doing but may look at recognizing or rewarding your efforts for a job well done as a way to manipulate you or persuade you to follow him or her. They are also prone to criticism or putting someone down for not doing better, especially if it makes them look or feel superior.

When a bot does something good, he or she has to announce it to the world. Since they are only motivated to advancing their position in the game, they will only do something to help someone else in the game, if it will add power or influence to their overall strategy and accumulate points. Otherwise, you’re on your own.