Warning: The magic method Footer_Putter_Plugin::__wakeup() must have public visibility in /home/davimas6/public_html/wp-content/plugins/footer-putter/classes/class-plugin.php on line 70
 Angels and Dimensions | David M Masters 
Warning: Trying to access array offset on value of type bool in /home/davimas6/public_html/wp-content/plugins/only-tweet-like-share-and-google-1/tweet-like-plusone.php on line 258

You have an angel who is individually and acutely attuned to you whether you believe in them or not. Angels exist in another (higher) dimension, so we cannot see them but they can see us. Though intelligence existing in higher dimensions cannot be seen by lower dimensions, they can affect the environments of lower dimensional participants.

There are other vibrational planes that exist which maintain higher vibrational frequencies. For the sake of simplicity and as a basis for this particular example, allow yourself to consider the idea that other intelligent forms exist in these higher spiritual states of vibration. 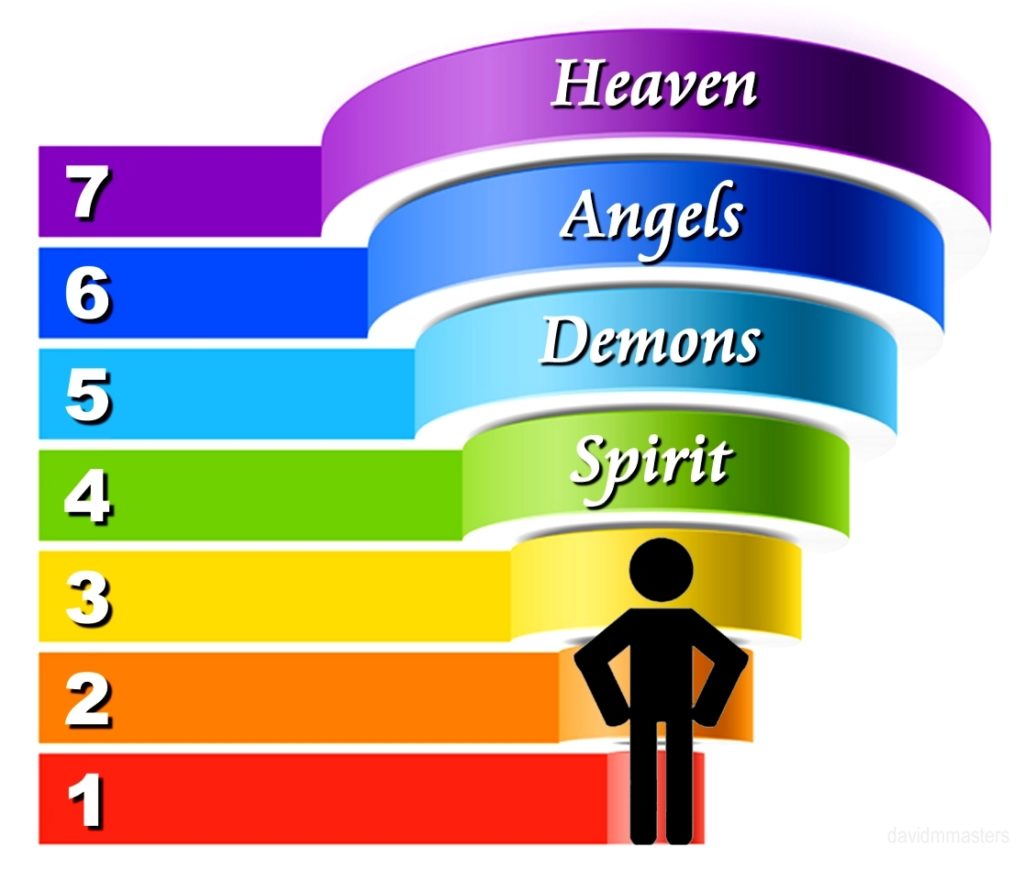 Let’s take a look at some of them to gain a better understanding. For instance,

We can agree that we exist in the third dimension. This is widely accepted, and we understand that we are able to view and interact with the second and first dimensions below our vibrational frequency.

The fourth spiritual dimension vibrational state is what I lightly refer to as the state of confusion. It is the mysterious plane of existence closest to ours and it is the vibration where the human spirit realm exists. This includes our ability to increase our growing ability to raise our vibration through various methods to visit the fourth dimension.

The reason I refer to it as the state of confusion, is because it is in this dimension that the human spirit can be relegated to following death (commonly referred to as ghosts) or transitions through between here (the third dimension) and the afterlife. It is also the vibrational plane that is used by intelligence from higher dimensions to interact with us in the third dimension and where two-way communication can take place.

This is the plane of existence populated by intelligent entities that have never existed in the third dimension. Being closely associated with the third dimension, entities in the fifth spiritual dimension can interact with us easily, influence our thought patterns, circumstances and/or the elements. In religious texts, these entities are referred to as demons or fallen angels.

This is the plane of existence inhabited by beings we refer to as angels. Here they are able to view and interact with lower dimensional vibrational planes. This dimensional plane is more heavily populated than that of the fifth spiritual dimension. While one (or more) of these beings are individually attuned to each living being in the third spiritual dimension, other angels are always nearby and observing (and/or interacting with) us in our current vibrational state.

Are there higher dimensions above the seventh dimension?

I didn’t think so in the seventies and eighties, when I first became acquainted with various dimensional planes of existence. But now, with our growing knowledgebase, accumulation of expanding scientific data, quantum science and spiritual awakening – even at this stage – I believe there is so much more out there to be discovered.

The possibilities are endless…

Related: Angels You and Me, Angles Among Us, Are Angels Real?, Do you Believe in Angels?, Angel Encounters

9 thoughts on “Angels and Dimensions”