So, here we are, on our life journey in the pursuit of happiness with a desire to achieve our highest and best while making the world a better place. We’re focused with clear intention, getting to know who we are, what our life’s purpose is and know where we’re going…

Just then, the phone rings, you win a free prize, there’s a knock on the door, you’re involved in a fender-bender, there’s a sale at Macy’s, you get a buy one get one free coupon, a new reality TV show comes out promising to be more outrageous than the last or you witness a terrible tragedy on the television. 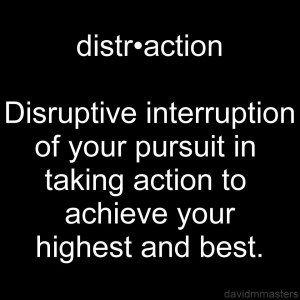 Any of these – and a nearly unlimited host of other things – break your concentration, distracting you from your life’s work. Some of the distractions affect you so deeply that investigating and researching them could consume you so much, that you could forget your unique personal calling altogether.

In fact, with the prevalence of the information age, it is clearly nearly impossible to maintain any level of focus without being interrupted by a cell phone text, telemarketers, broadcast advertisements, facebook memes and messages, twitter tweets and youtube videos, not to mention Google.

How many times have I Googled something to simply find a quick answer, only to awake from a Google-search-trance that consumed far more time than I had planned to spend there? Many more times than I would probably want to count, or admit.

Today, we are fortunate to work fewer hours than we did a hundred years ago; the average worker’s hours spent laboring went from 70 hours a week to 40 hours a week. That’s 30 more hours a week that each one of us could spend achieving out highest and best and making the world a better place.

Only, what is it that we actually do with those extra 30 hours a week? It may not surprise you to realize that those hours are spent recreationally in front of a television, computer, on a tablet or smart-phone, consuming entertainment, information and drivel at ridiculously rapid rates and velocity.

Most of us realize that television and the news is controlled by someone-or-something that filters and uses the data to get us to react in certain ways; to frighten us, make us angry, polarize us against each other or rally us into supporting a cause we otherwise would have not agreed with, etc…

Isn’t it time that we took control of the media, instead of letting the media control us?

Do you have what it takes to take the 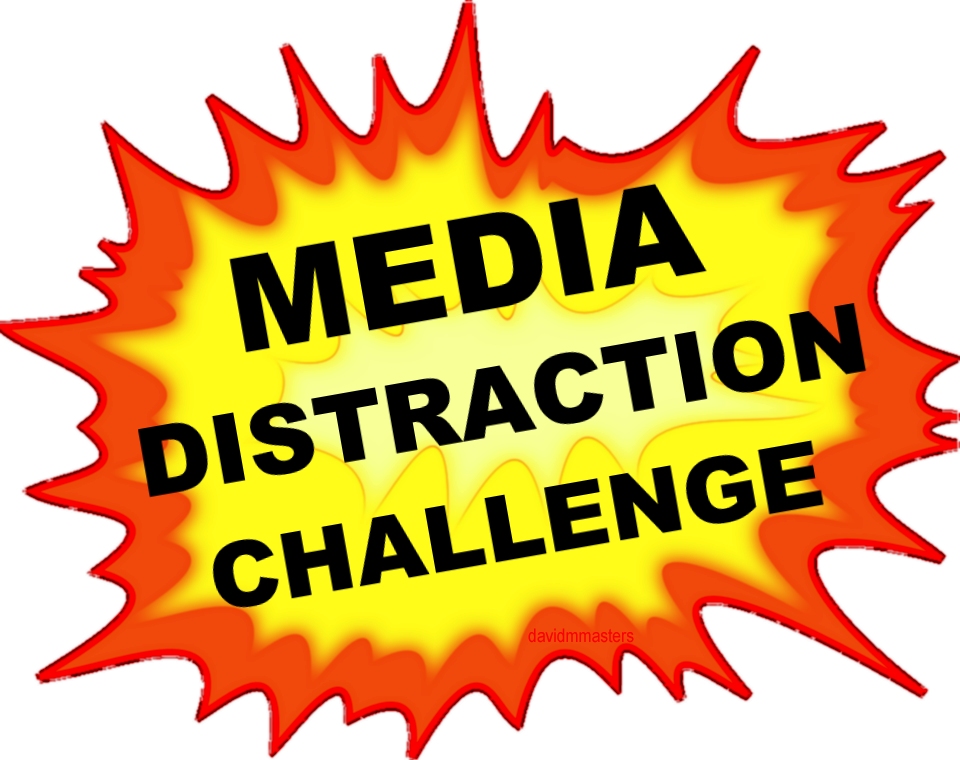 Or take the ultimate challenge

2 Unplug from all media, maximizing your effectiveness in the world exponentially

It may be difficult to imagine living without your media connections, television shows, etc…

One thing for certain; taking control from the mass manipulators and unplugging from the force-fed-media disarms them empowering you.

It’s time to take YOU back.