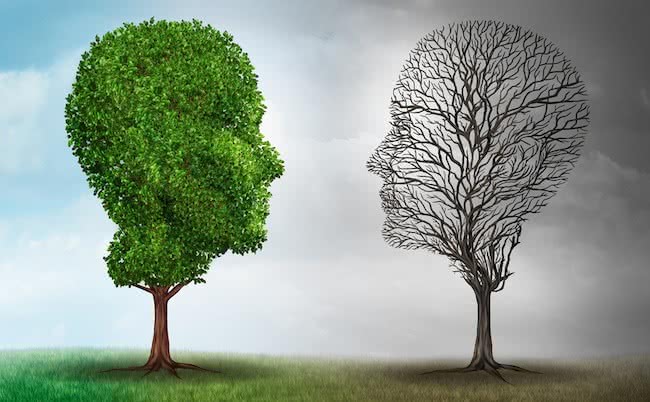 There is such a thing as sudden onset latent mental illness, a mental illness that has been laying undetected and dormant in the patient’s genetic substructure until triggered by age, traumatic brain injury, infection or inflammation, repressed traumatic past, or some other stressful situation or circumstance. And in the case of latent mental illness, you can probably find clues by looking through one’s family tree, where you will find the seeds of mental illness, which is passed on through the genome.

You will also find an adult sudden change on personality due to pathogen-related disease. Commonly, people who have contracted syphilis, have suddenly transformed from ordinary people to vile, demon-possessed maniacs. Other diseases, like the syphilis shirt-tailed cousin, Lyme disease may also be the culprit behind such an evil transformative sudden personality shift.

May witness changes in

Some of the other changes you may notice may include

This may go unnoticed by the general public but for those who are closest to a victim of sudden onset latent personality change, the impact can be tragically traumatic. The person you know so well is no longer the same person, and someone who may have been sincerely supportive, calm, and loving, has suddenly become a monster with violent tendencies.

The biggest problem with this is that properly diagnosed, this sudden shift of personality can be treated, although the patient thinks that nothing is wrong. This is the biggest problem as loved ones watch the transformation and deterioration of character take place before their eyes, and sometimes at great risk.

Because the change has taken place inside the brain of the sufferer, everything seems to be “normal” from his or her perspective, if anything, he or she may think that everyone around him or her has changed, and may be out to “get them,” which is definitely the case if they are suffering from sudden onset paranoid schizophrenia. Other mental illnesses that can become suddenly apparent and overpowering without notice include anxiety disorders, borderline personality disorder, dementia, and post-traumatic stress disorder, any of which can make you think you’re stuck in the middle of a Dr. Jekyll and Mr. Hyde story.

Other causes may include

So, the first order is to seek safety, if your life is being terrorized by someone who has suddenly become potentially dangerous to be around, get to higher ground. Suppose a sufferer of sudden personality change begins to notice that their people are beginning to scatter. In that case, this may be enough to encourage them to question why such an exodus is taking place.

Adjusting brain chemistry can be accomplished by administering medications that target neurotransmitters, progress can also be achieved by effective cognitive-behavioral modification, coaching, and psychotherapy.