Buddy, can you spare a dime?

Panhandling has been around for as long as we have. Someone less fortunate (or appears to be less fortunate) is begging for leftovers from others with compassionate hearts who empathize with the beggar and offer him or her money to help them with their plight. 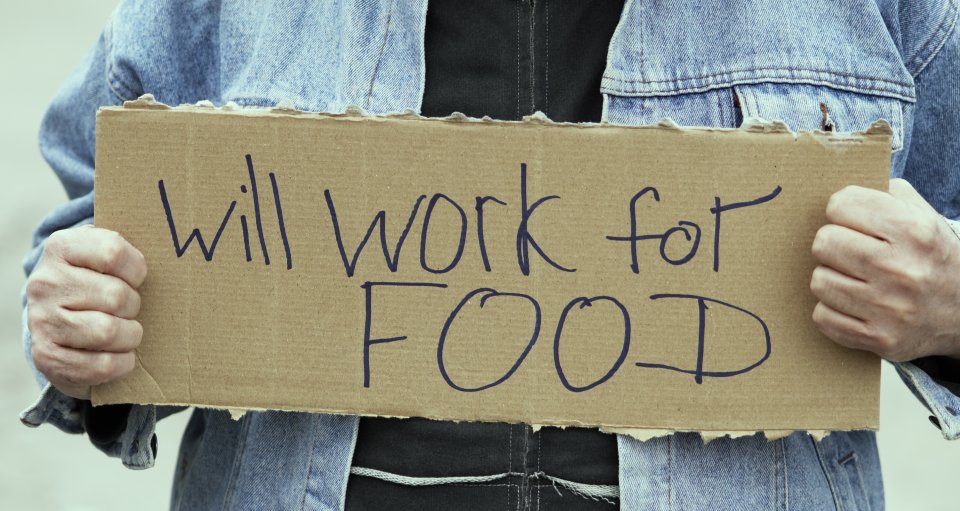 Of course, it is reasonable because you think to yourself, “What if I were in his shoes?” As you imagine what it would be like if it you were homeless, hungry and penniless. Wouldn’t you appreciate someone reaching out to you to offer a helping hand, maybe a little spare change or a couple of dollars to get some food?

Just last week, I was at the grocery store, where a man was sat on the sidewalk next to his bike. He asked if I had $1.63 so that he could finish his purchase inside. I said, “Sure,” and dug out all the change from my pocket (which was closer to $3.00). He thanked me, and I continued into the store (where I expected for him to follow) as he peddled away on his bicycle.

Not long ago, I was strolling down the street while commiserating with a minister, when we were approached by a panhandler requesting spare change. As I reached into my pocket the minister told the man that he gives his money to the mission, and gave him verbal directions to the location of the mission and invited him to get what he needs there.

The minister told me that his church, along with all the many other churches in the city, go through an extensive amount of effort to make certain that no one goes hungry. They have outlets to supply them with good clothing, shoes, food, shelter and a place to sleep. They have programs to put the less fortunate to work, even those with minimal skills. He said, “If they’re panhandling, it’s not for something they need – because their basic needs are met. We see to that – it’s to support their addictions, which we do not provide for.”

I have an eccentric friend who is a multimillionaire. He is the most frugal man I’ve ever known. He spends little or no money on himself. If he desires something for himself (he could just write a check), he suits up in shabby apparel (he doesn’t dress well, in the first place) and drives to a mall in a neighboring city. He makes about $100 an hour asking people for, “spare change to make a phone call.”

Then there’s the time that I took my son to the mission, in an attempt to see what life might be like, if he didn’t apply himself in school, enabling him to be gainfully employed. My son and I waited in line with all the other folks, which included men, women, and children of all ages. When we got inside he was amazed (and so was I) seeing the spread of good, hot food, fresh pastries, like a first-rate buffet at a restaurant.

Dad tip: If you’re going to show your son how the impoverished life, check it out first, so as not to contradict your teaching opportunity.

That said, what about you?

If you were down and out – right now – what would you do?

Okay, in an emergency, you might ask someone for a hand out for something in the moment, but chances are you would make a way to take care of yourself and your family.

I met a man who washed the windows at my store. He lost his job when the factory shut down – which was a trend in his industry – he was on unemployment for a while, until that ran out. Rather than commit suicide so that his wife and children could go on welfare, he had some soap and a bucket, invested in a “nice” squeegee and went from business to business offering to wash the windows. He made his own way.

I think most of us would.

What do you think (or do) when you see someone holding a Work for Food sign?

What would YOU DO, if you were down and out?