What can you do when you are in a relationship with a chronic liar? 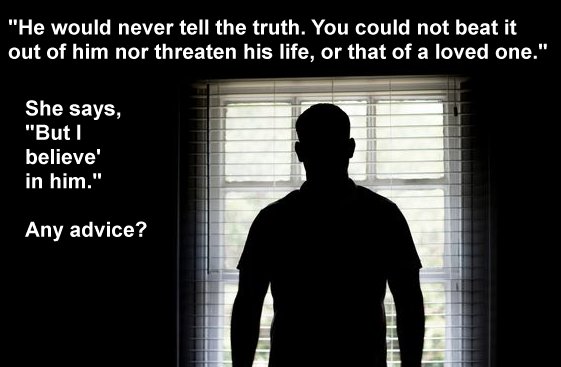 Michelle seeks out her brother for advice because she caught Tom, her fiancé, lying, yet again. Her brother, Andrew, affirms to her, “He would never tell the truth. You could not beat it out of him nor threaten his life, or that of a loved one.” But Michelle is in love with Tom, wants to marry him, and spend the rest of her life with him, she says, “But I believe in him.”

Michelle and Tom have been together for three years, just celebrated their first year of engagement, and she catches his lying about his whereabouts, and private communications with ex-girlfriends again.

This has happened before, and they had an important talk not long after their engagement. Michelle tried to understand that Tom might feel awkward about continuing to communicate with exes and other women, so in his mind, it was easier to lie about it than to tell the truth, even though he had nothing to hide.

They agreed that he would tell the truth because it was important for Michelle to marry a trustworthy, honest, and open man. Her brother Andrew’s advice to her was to leave him, because he is a pathological liar, and will never be truthful or honest, “Men, like that, can never change.”

To be fair, there are many types of chronic lying, and pathological liars have clear intentions to defraud, deceive, or gain in some way from their often wildly exaggerated lies. Compulsive liars, on the other hand, are motivated by fear of what other people might think. They tell fictional stories to avoid making other people feel uncomfortable or awkward or to avoid being uncomfortable or awkward themselves. Lying is one thing, intention is also important. 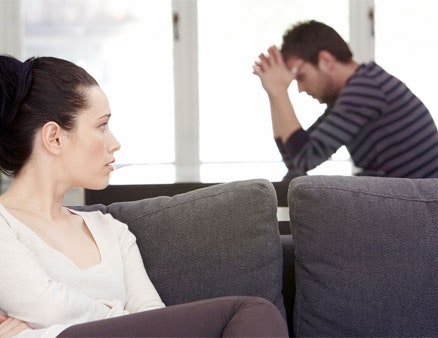 In the therapeutic environment, the best way to help someone is to fully understand them, to feel what they feel, share in their suffering, have an idea of their life, and how they became the person they are today. That is longtail understanding, a long-haul approach to understanding why someone might have a tendency to lie instead of feeling open and honest enough, to tell the truth consistently.

Your first reaction to being lied to is understandably rooted in anger and likely followed by a sense of betrayal. You feel like you have been victimized by a perpetrator. While this may be true if you have been lied to by a psychopath or pathological liar, this may not actually be the case, even though you feel that way, and have every right to feel as if you have been stabbed in the back.

As soon as you are starting to notice this as being a pattern of behavior, you would be well advised to start keeping notes of all the incidents of inconsistencies, times you felt your intuition telling you that something wasn’t right, or when you caught him or her in a lie. This will be helpful to keep your own sanity intact and will come in handy later if you feel as though confrontation might be necessary.

In most cases, lies are told to spare your feelings. This is an important distinction when evaluating the motivations of the liar because it makes a difference whether someone is lying because they want to exploit or harm you or they are lying because they care about you and are trying to protect you. Right?

Mediation is used in the process of confrontation, though I am not convinced that intervention is not the best method due to its being shocking, assaultive, and combative, which victimizes the person who is lying. How many victims do we need, here?

If you are feeling like an intervention is your only hope for sanity or wellness, it may be healthier just to end the relationship as soon as you are able to do so with as little drama and trauma as possible. Because holding on to the hope that your liar will start telling the truth out of his or her love for you, is not the most likely outcome.

It is extremely rare that a liar is willing and able to do the deep work of resolving all the life issues, drama, trauma, and learned responses that have resulted in his or her compulsion to not tell the truth, but it is possible.

If you decide to take the chance of working with your partner on their compulsion to lie, it will require a commitment to a lengthy and probably painful process for you and your partner to get to the place of your partner’s epiphany and resulting breakthrough. It will require a great deal of compassion and understanding on your part while you endure the roller coaster ride through recovery.

You must decide if you are ready for this kind of torrential commitment, and ask yourself, will your sacrifice be worth it? Whether it works or not?

If this process and the person you deeply care for is too toxic for you? You may have to let go and walk away. You have already given and endured more than would be expected from anyone.

You deserve to love and be loved, to experience reciprocal truth, openness, honesty, and happiness.