If you really want to live a better life, your best life, and make the world a better place, you’re going to have stop settling for less than your very best. Mediocrity sucks the life out of your highest potential. Bold determination, dedication and persistence, even when you don’t feel like it, wins the race to achieve your highest and best.

This is the difference between those who live the best lives, and those who settle for what they can get from life. 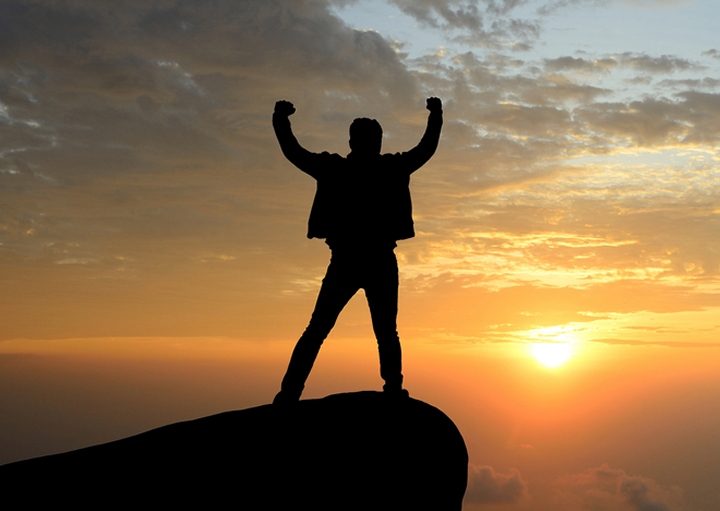 If you are confronted with a roadblock or obstacle in life, do you turn away, feeling rejected, unworthy, or consider yourself a victim of the system, resigning yourself to utter those “woe is me” lines, “I guess that’s just the way it is.” Do you approach a volunteer project, or any potentially explosive undertaking, by eeking out your bare minimum effort because you just want to get the job done so you can go off to do something else?

If you’re not pushing through, or giving everything you have in everything you do, and laying to waste what you might even have considered to be your limits to achieve new levels of ability and competency you didn’t even know you had, you’re settling for less than your very best.

Oh sure, everyone says, “I want to live a better life,” and, “I want to make the world a better place.” They might even dare to utter the words, “I’d like to have the best things this life has to offer,” but fail to do the work, to take the action to make their life different, it will remain the same, day after day, until the day they die. And that’s okay, because that’s what keeps the sociologically powered money machine running.

Most of us are just eating, working, consuming, sleeping and keeping ourselves so busy participating in distractions and doing nothing meaningful, leading us nowhere and leaving nothing behind.

Is that the life you want to live? Okay. It’s not bad. But if there’s something inside of you that longs for something better then you have to stop. Stop settling for mundane mediocrity and make a stand against just being another sheep in the herd, and do something about it.

In order to even consider living a different kind of life, a higher level of living, you must want a better life, and the more you want it, the more likely it will be better. You have to have a reason to make your life better that is so profound and meaningful that you will continue to break through the barriers that stand between where you were and where you want to be, no matter what obstacles you are presented with.

Oh, it’s happened to all of us. God gave you an idea an inspiration, a burning desire to do something or to reach out and help others, and you waited, second-guessed yourself, let someone whisper into your ear (probably yourself) about how you’re not good enough, not rich enough, not smart enough, not pretty enough, not healthy enough… on and on, until you’re so knotted up, you couldn’t do anything if you tried.

So, you had been given the vision, the keys, all you had to do was to push through and do the work, but you didn’t, and God gave that idea to someone else. And you saw your gift come brought to fruition by someone else because you didn’t embrace the gift you were given.

Your idea was given to someone who refused the knots, pushed through the barriers and wouldn’t take no for an answer. He or she kept knocking on doors, putting his-or-her-self out there, in difficult situations, every day proclaiming their message until their seed found fertile ground. They were dedicated and committed enough to endure countless objections and thousand of no’s, or “that won’t works,” in order to get to that one, “let’s give it a try.”

People who make it, aren’t just given “it” on a silver platter, they aren’t the lucky ones; they “make it.” With blood, sweat and tears, in the face of any and all fears they might face, they persist. These are the people that make it and they make it, by the sweat of their brow with their own two hands, and nothing can stand in their way.

Oh, they may hit that one big setback, that knocks them off their feet, but they don’t give up. They don’t give up, turn away and walk home in tears. No. They get up, wipe their tears, take a deep breath, and keep going, because for them, there is no going back.

Now, they’re smart about it, they learn on the way. Even if they start out awkwardly all alone they get better, they hone their skills and gather a support system along the way.

Sometimes it takes a village to make a thing so, but it starts with the one. One with an idea, a dream, a message, or a mission… Someone special. Someone who is not going to settle for second best, someone like you, who can see this through to its incredible conclusion.

It’s going to take steadfast nerve, some strategy, assembling a team along the way, and doing the work that needs to be done, making progress every day, whether you like it or not.

Are you going to shy away? Or are ready to do this thing now?

Then do this thing.

Do it with everything you’ve got.