Well known for its increasing the bond between those who are in love, Oxytocin is also an active component in the process of spiritual advancement. You will find Oxytocin awakening love, opening the heart to new possibilities, making you more curious about expanding thought, having a sense of purpose, and a desire to make the world a better place. 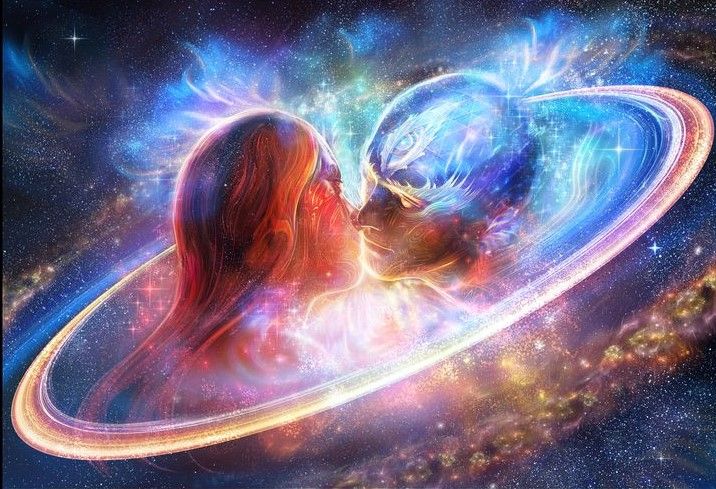 We continue to uncover the part that Oxytocin plays in the part of love and relationships. Quaintly referred to as the “cuddling hormone,” Oxytocin fosters a feeling of connectedness between two people. Active when a personal bond is felt between a mother and her child, as well as men and their children, as well as increasing the connection between the romantic couple in love.

When you’re actively falling in love, you will find a natural increase of Oxytocin makes everything associated with love much better. Combined with extra doses of Dopamine, you feel even better, with increased intimacy, sexual satisfaction, and more in love. You have a tendency to overlook “the small stuff” and see the big picture and all the possibilities the two of you may be able to share in the future.

Couples who share an Oxytocin-fueled sexual bond have an increased potential for not only being connected to each other, but also in achieving higher shared levels of spirituality, and impactful effect on others, the local community, and the world at large.

This is not dissimilar in the role that Oxytocin plays in your spiritual advancement. It makes you feel as if you are part of a bigger whole, fostering a feeling of connection with others, even the whole of humanity.

Fostering an optimistic outlook with unlimited possibilities for the advancement of the world, including the proliferation of love, peace, and harmony between all peoples, as well as an increased interest in self-improvement and spiritual expansion.

Left to itself in the process of falling in love, levels of Oxytocin are likely to level off then fall, causing a reduction in the early phases of the love process, leaving the participants to question each other, but combined with spiritual awakening further increases bonding and a longstanding growth in love, connectedness, and optimism.

The connection between romantic love and burgeoning spiritual exploration could very well keep a couple in this state of romantic exhilaration while combining forces to make the world a better place, exponentially.

Far beyond the hormone’s role in social bonding, childbirth, and sexual reproduction, Oxytocin is also referred to as the Bliss hormone playing a part in expanding consciousness and spiritual enlightenment.

Oxytocin also increases the efficacy of the use of imagination’s role in engaging in processes such as the Law of Attraction, manifestation, creating abundance, increased potential for an inclination to prayer and/or meditation.

To make Oxytocin even more interesting, you will find this hormone increases the positive impact of the immune system, self-healing, and cellular regeneration.

More and more, the more we learn about the connection between science, the built-in hormonal and expansive evolution of human potential and its connectedness to something far superior than imaginable by our less-evolved ancestors, is ushering a new world of possibilities for all of us.