Am I required to report a crime?

In most cases, the answer is, “No.” Generally, you can watch a crime happening before your eyes, and you are under no obligation to report it. Although, depending on your profession and what state you live in, you may be required to report certain things like child abuse, and victimization of an elder, where “elder” usually is defined as anyone over 60 years of age. 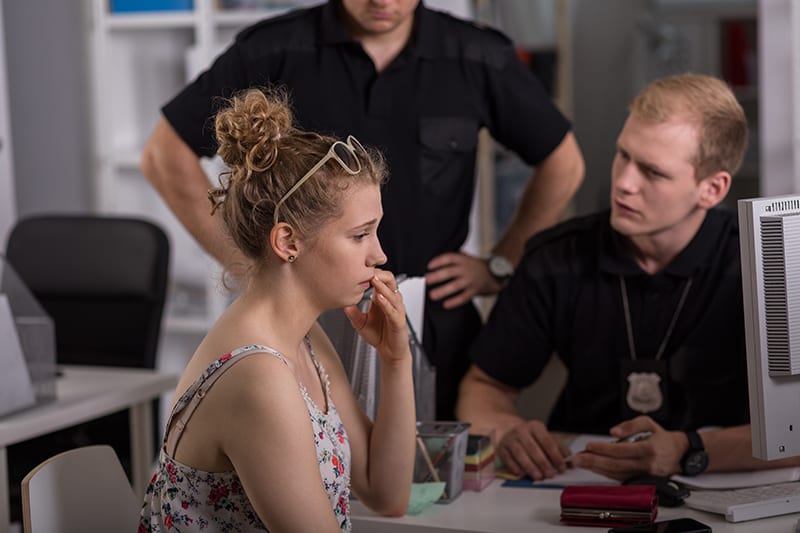 You may have noticed of late that people can go into a store get a cart of goods and walk out the front door, load the goods into their vehicle and drive off without paying, while on-duty police officers watch from their police vehicles in the parking lot.

Due to new laws, cutbacks, and restrictions placed on law enforcement, in the state where I live, police officers are restricted from pursuing fleeing vehicles when the driver is suspected of other low-level crimes, such as theft or property damage. Whereas if the crime committed is a violent offense, such as a kidnapping or sex offense, the pursuit is authorized.

Likewise, if you do witness a crime, you are not required to report it, unless you are mandated to do so for the circumstance and based on the state where the crime takes place.

In general, it is the position of law enforcement to dissuade the citizenry from getting involved in crime-busting, as these situations and circumstances are best handled by professionals who specialize in pursuing crime and the criminal element.

Most police stations have a public tip line and encourage people to report what they witness, though there is no law that says one must report their tips, some will. This is helpful but cost prohibitive. Due to law enforcement cutbacks, there may not be the staff available to filter through the tip line, which is labor intensive.

Even so, after creating a crime profile, the police department would have to have staff available to assign the case for investigation. And we are losing the staff that could be investigating these crimes due to cutbacks.

There are certain professions that are required to report criminal activity. If they do not, they may face legal ramifications and criminal prosecution by acting as a partner in the crime and covering it up. Though this does not apply to citizens, there is an advantage of reporting prior to charges being filed against the perpetrators in that it reduces your chances of being charged with accessory after the fact.

Mandated reporters are likely to include healthcare workers and teachers and other positions which may have a high degree of government regulation or oversight. These have been put in place to protect children, the disabled, the mentally challenged, and/or the elderly, especially those considered at-risk or vulnerable.

In most states, professionals will be required to report their knowledge about certain types of crimes, such as child abuse, violent crimes or felonies, and abuse of vulnerable adults. Not doing so could make you vulnerable to criminal prosecution for a misdemeanor or felony, depending on the crime, though not likely unless the prosecutor believes that the failure to report could have prevented the crime from occurring.

There are those who have used the power of the legal system to exert some type of revenge against someone else who is committing the crime if they have falsified reports to punish someone for disrespecting them. I have witnessed some incredible things. Things that people have done when they have felt like they have been hurt or sought to destroy an innocent, as might be the case perpetrated by a psychopath. A psychopath might go to great lengths to “destroy” a victim who is no longer of use to him or her and will make it appear that the victim is actually a criminal or is running a crime ring and may go to great lengths to make the case viable.

If you do report a crime, do so with integrity. Try to document the details as accurately as you can and avoid how you might feel about the details of the suspected criminal activity. Rely on only your factual account of the details.