Angels are gaining popularity among most of Americans, and it’s causing division among the folks who claim to have the rights to properly represent them. There are a few groups that believe in angels, probably three main groups classified as religious, spiritual (referred to as “New Age” by the religious), and non-believers. 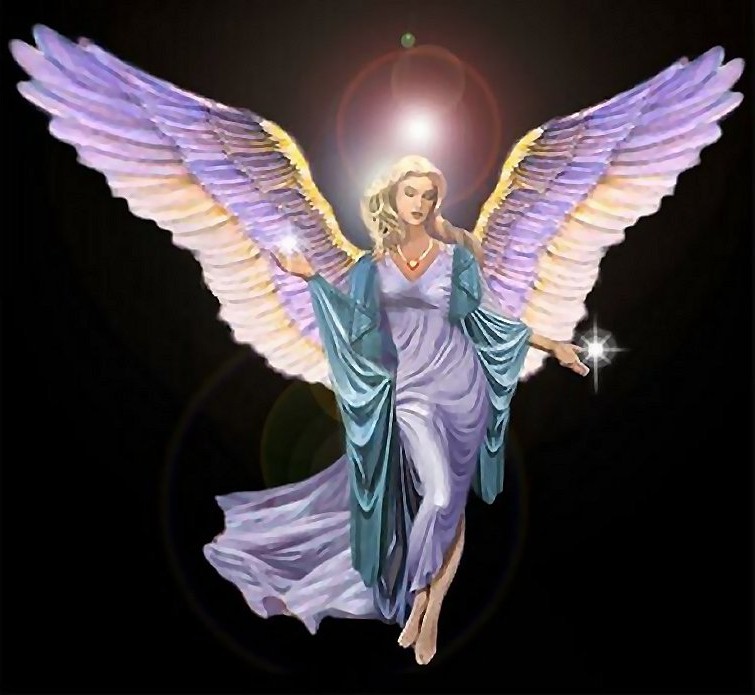 The religious folks (the ones who believe in angels) believe they possess first right of refusal in the angel arena. They claim their particular groups have well-documented angels and they teach and train angelic professionals in their classes taught in religious colleges and universities. Clergy may elect to specialize in all things angelic amidst their regular course of religious study and training, qualifying them to claim expertise in the subject.

Then there are the spiritual (New Age) people who for the most part believe in angels. Since there is a lack of structure among these spiritual folks who may or may not have had any formal religious background, they are just a wild bunch of open-hearted-and-minded people who share a common interest of enjoying all the great things the universe has to offer. They share a reverence for a nondescript higher energy which could be referred to as God, Energy, the Universe, Nature, our Higher Self, or any other imaginable focal point or label that feels comfortable to any particular non-or-less religious spiritual person. This group is particularly troubling for the structured religious groups, due to their lack of respect for their beliefs (and the feeling is mutual).

If that wasn’t enough, non-believers, the people who have no religious affiliation whatsoever, many of them believe in angels. Why? Because against everything that is holy for the religious organizations, regardless of their selfless service and dedication to a branded almighty deity, angels still choose to interact and visit the worthy unbelievers at just the right place and time.

This is particularly frustrating for the religious practitioners who may have not ever experienced an angelic visitation; to imagine that their God would allow one of his private messengers to visit a non-believer, or some unorganized, unstructured “New Age” fringe unreligious but spiritual wannabe, is just too much to handle. It’s much easier for them to claim that the experience of the non-devout-believer had nothing to do with angels at all.

To reconcile their religious disdain for such an idea, they are likely to claim the visitation to be a lie, a demon (fallen angel) posing as an angel, purely a delusion, or a purposefully spun fictitious story (claimed to be true, or “based on a true story”) in an attempt to gain attention, acceptance, or publicity.

To confuse things even further, angels are easily confused with other things.

For instance, there is a natural energy or vibration that is like an unseen flowing stream where the most unbelievable and unexplained good things happen when you are in it. Sometimes, this is referred to as angelic intervention.

There are also entities that vibrate at frequencies which would be difficult for us to see or comprehend from our 3D existence. This includes beings who coexist with us among other dimensions, such as ghosts of the once-living, demonic beings (fallen angels) who were never born or enjoyed living a complete life on our planet, and other-worldly beings or aliens.

Then there are the angels, who, like the third of them who have fallen (and have free reign of our 3rd dimension), have never been born, or enjoyed a full life on Earth, who (by the way) are not religious; just as God is not religious. God and the angels have nothing to do with religion. Religion is our (human beings’) way of trying to understand them.

And we do the best we can with what we have.

I have had the privilege of experiencing religion, studied it, worked in the ad-ministering of it, counseled, trained and preached for it while keeping an open mind and partnering with angels throughout my ministry. I wouldn’t consider myself to be an expert on the subject, but there are those who have referred to me in this manner, only based on my personal experience.

Even considering all that I have disclosed about my experience outside the 3D world, there is much that I hold close to my heart which I have not revealed. Why? Because people, in general, are not receptive to it, but more importantly, this area of expertise is not my life’s mission. In order to stay congruent and true to my calling in life, I must refrain from being distracted, or thrown off track, by something that could consume my efforts, preventing me from pursuing my work.

I can support someone else, whose calling and expertise it is (from the background) but to risk not being true to my calling is too great a cost.

I am not that guy.

I am the love-guy that helps people achieve their highest and best, live better lives, and make the world a better place.

Angels are real, they are all around you.

Here’s a simple test (remember you don’t have to be religious to try this):

Find a quiet place, close your eyes, and using nothing else but your imagination, think about reaching out to your angel (yes, we all have a guardian angel assigned to us, who may have more of them around). They love it when you try to reach out to them. Using only your mind, ask what the name of your angel is?

The first name that pops into your head is your angel’s name.

This simple angelic handshake is the first step in being open to the idea of angels and how close and attentive they are to us. Most of the time we take them for granted or ignore them altogether, and that’s okay, too. They are still there, whether we acknowledge them, or not.

Angels don’t need anything or acknowledgment from us, but they get a little excited when we do.

Loving you, blessing you, and may you enjoy all the good things this life has to offer, including angels.

One thought on “Angels You and Me”