People who engage and execute an intention to make a contribution leave a mark on the landscape of the world we live in and some of them have names that ring a bell in our conscious mind. There is a familiarity when we hear their names and we feel good about them when we hear them, names like Marie Curie, Johannes Gutenberg, Joan of Arc, Francis of Assisi, Albert Schweitzer, Leonardo da Vinci, Oskar Schindler, Maria Montessori, Tenzin Gyatso – the 14th Dalai Lama and Henry Dunant. 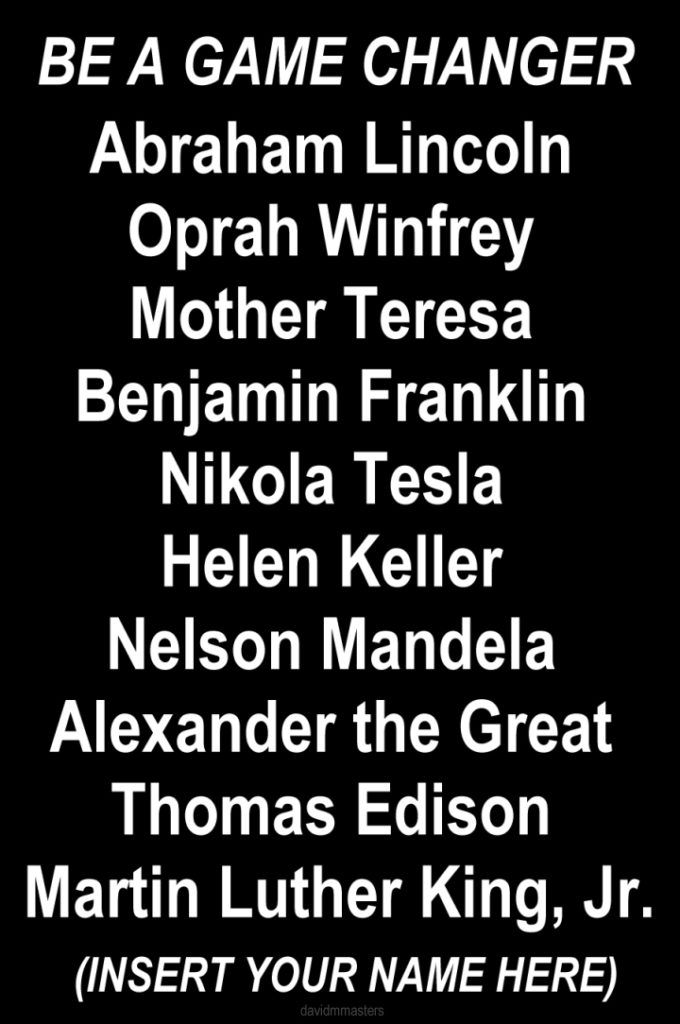 Think about the names of people who had such a powerful why, that they would let nothing stand in their way or prevent them from taking action, even if against the odds. Names that come to mind are Thomas Edison, Diana, Princess of Wales, Paul the Apostle, Florence Nightingale, Thomas Jefferson, Mahatma Gandhi, Nikola Tesla, Helen Keller, Benjamin Franklin, and Alexander the Great.

Making a significant impact, being willing to make a stand and passionately do whatever it takes to see your results come to life, is criminal. Though it may not be a crime, you will need the basic components necessary to be found guilty of committing a crime: means, motive, and opportunity.

People who have had the means, motive, and opportunity and actually take action are not necessarily successful, but they have taken the chance. They seized the opportunity, regardless of what obstacles were in the way. Did they risk failure? Certainly; and many of them did fail on their first (and/or subsequent) attempts, but their why (motive) was strong enough to push them through the tough times.