How can you not pick up your sword and join me in the battle against (insert evil)?

Answering this question honestly might widen the social gap between you and the proponent of the warrior who has taken it upon himself/herself to wage a war against a particular evil or injustice. 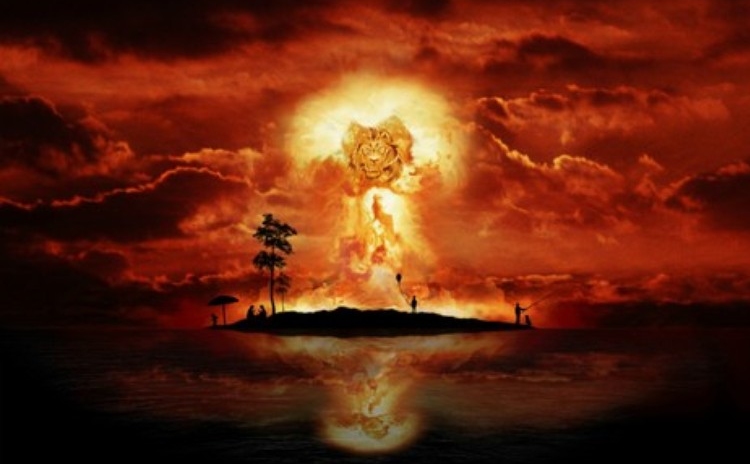 The basic concept, which is hard for the self-righteous warrior battling against the machine, is based on the energetic principle,

Whatever you add energy to increases

Mother Teresa understood this principle. While she would not engage in a war protest, she would support a peace rally. Because she knew what when you focus your attention on anything, it gains more momentum and power. So focusing on the solution is far more productive than focusing on the problem.

If you declare war against a particular evil, it requires the evil to defend itself, therefore it increases in power. It collects support and momentum to protect, defend and offensively counter-attack in an effort to survive.

Everything (good or bad) that exists is in a constant struggle to persist and survive, threaten anything and the struggle to survive intensifies. On the other hand, if you are aware of something that is undesirable, unpleasant or evil and do not fight against it, it becomes weaker.

It makes it easier for a young man with a slingshot to deal the deathblow to whatever it is that causes you concern or discomfort.

This approach is found on the high road of promoting a better world, not declaring war against an evil or corrupt one.

Certainly, there are those who are called to be the warriors, the champions whose life purpose is to expose atrocities and to stand boldly in opposition against evil. They are hardwired for this disposition and we need them to defeat the giant, but few of us possess the calling or the skills necessary to assume we could perform this function for the greater good.

Evil is fully aware of the energetic principle of “Whatever you add energy to increases,” and the evil uses this to make itself more powerful.

This is why you see atrocities in the news, in magazines, on the Internet, just about anywhere you may focus your attention. The evil knows if you can be forced to focus on it with a negative emotion, it increases the negative energetic power of the evil itself.

For instance, when you view an atrocity on the evening news and the report makes you feel depressed, sad, hurt, anxious, angry or hateful (or any of the negative emotional responses) you increase the energetic power of the evil you oppose.

Add to your energetic response any action and the evil will push back (reaction).

A more effective energetic approach to dealing with evil in the world is not to post up in an effort to battle it, but to actively support any solution, like Mother Teresa would have done.

Be cognizant and mindful about how you share with others and interact within your social circle about the evil at hand. Most people do not realize that their disapproval accelerates that which they oppose, and they’re not likely to be open to your trying to explain the energetic principle while they are actively engaged in a negative state.

Just be aware of this not being the time to explain such a thing, but do make a conscious effort to not engage in the negativity or wrongness of the subject at hand. Instead, acknowledge the evil, then sway the conversation to the solution.

I really like being approached by someone all wrapped up in negativity (effectively promoted by the evil) complaining about some atrocity or injustice. I acknowledge and affirm their concern, and as quickly as possible simply ask,

“What could we do to change it?”

The whole world changes in that moment. The change of countenance in the person is immediately noticeable, and as the conversation focuses more and more about making a better world (instead of hating the one we live in) they add energy to the best things in life.

And I totally understand, and apologize if you are reading these words in a negative state and not open to the ideas proposed here. Please be aware that I am not saying how you feel about anything is wrong. You might be our champion. We need you.