I work with clients of all kinds. In the olden days, people with predatory anti-social personality disorder, specifically psychopathy, high-ranking officials in church and government claimed these individuals were born without a soul. Even recently, I was asked, “Is a psychopath demon-possessed?” 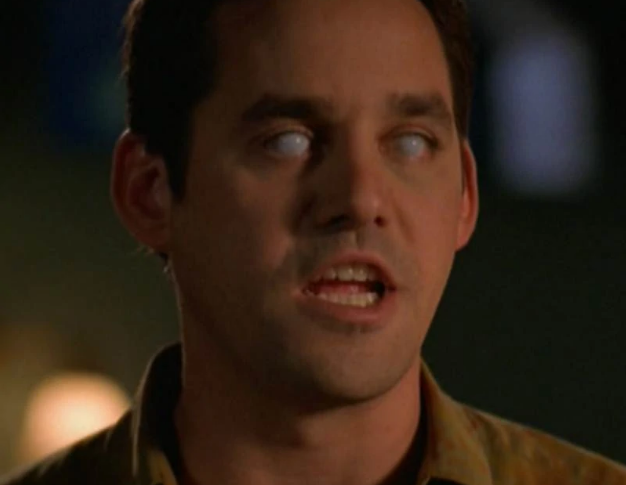 There were rumors that spread prior to current waves of thought that suggested what we would today call “psychopaths” were conceived while the mother was in an altered state, which left her impregnation vulnerable to invasion by an entity that had never experienced life as a human. Extremists may have claimed that the mother was raped by an incubus (a malevolent demon spreading evil seed while victims slept), resulting in the birth of a psychopath.

Scientists agree that psychopaths are unique in that they fail to have certain human feelings and have over-the-top behaviors, feeling that they are better than “other” (weaker) people, and are prone to highly predatory impulses. They are born that way, and there are scientifically based brain scanning tests that can adequately determine the authentic psychopath.

In my work, I often find myself walking the tightrope between spiritual and scientific. Let me run this one by you:

I had the struggle of having to explain to them that there is nothing to exorcise. If a person has been born with this condition, whatever you want to call it, or however you would like to try to relate to it, if you could remove “it” (the psychopath) from the human body, there would be nothing left. There is nothing for this person to revert to.

Now, if you have a normal person who has led a “normal” life who has suddenly been possessed by an evil spirit or alien, has a biological problem, mental health challenge, or whatever, and is expressing psychopathic tendencies, that is a different topic of conversation.

Keeping in mind that a psychopath can easily play a part for years, only to reveal his true nature after his needs have been served, and therefore, it could look like a sudden change of personality. If given legal pressure and the opportunity, he may claim that he is a victim of some disease that may have compromised his mild-mannered character, if it will help his situation.

Whether you believe that psychopathy is basically a brain-borne birth defect or a baby born as part human/part non-human, he or she is what he or she is. He or she will be charismatic, intelligent, and will have no feelings, which is the perfect cocktail for a master manipulator. Add to that impulsivity, someone who will do anything to win, and feels as though they are never wrong, and you have a disaster in the making. The evidence of this will have been noticeable in teenaged years or earlier, and there is likely to be documentation to back this up.

You can try to train him or her to act like a normal person or go through a ritual to try to accomplish the same thing, and you might look at the results and claim victory. But if he or she is a true psychopath, he or she is playing you like a Stradivarius. While you are celebrating, he or she is laughing his or her arse off!

They are often the greatest actors who will do or say anything to get what they want and fooling you at any cost is at the top of their list, especially if doing so will benefit themselves in some way. Psychopathy cannot be cured.

They lie, cheat, and steal without thinking about the consequences, they believe the rules do not apply to them, and if they must pay a price for their liberties, this is a temporary situation that was an unintended cost of doing business, that is all.

You cannot punish a psychopath because they have no regret or remorse for any of their actions, or how they might have affected others. Sending them to prison might be inconvenient, but there are plenty of opportunities for them to thrive while confined as well. Many continue their plans, conducting business from inside the walls of the prison, while incarcerated.

If you find yourself dating a sociopath or psychopath, is there anything you can do? No. This is going to end badly, no matter what you do. Challenge them and They will dump you, like garbage, if not something worse, like endless terrorization, or destroying your life completely, which would make them feel truly satisfied.

Marry a psychopath and you will have to put up with his affairs and debauchery. You cannot counsel, medicate, or exorcise the psychopath out of him. If you dare to try to challenge him, he will take you to court and destroy you by manipulating the legal system and using any means possible to exploit you.

What Can You Do?

The best thing you can do is to proactively take steps to protect yourself from the psychopath, which is to basically, have no contact with them, get help, be quiet and don’t talk about what is going on, and stay strong however you can. Be sure to document everything and forgive yourself for letting yourself get into a situation, like this. You did nothing wrong.

Google search: How to Deal with a Psychopath or Psychopath Victims for more information.