When you’re experiencing success in your marketplace, it is wise to be aware of changes in the wind, while being able to make adjustments to counter any unforeseen major changes in direction or overall weather conditions. Being able to maneuver turbulent waters and reinvent when necessary can help your organization or enterprise weather the storm.

Technologies are constantly changing and loyal consumers are fickle. While you may be today’s rising star, tomorrow you could be a forgotten has been.

The last thing you want to do is to follow in the footsteps of Blockbuster, Borders, Kodak, Pan-Am, Polaroid and/or a bazillion other companies who have crashed and burned – or are currently amidst a downward spiral – due to their inability to be more acutely aware of their surroundings, with enough time, talent, technology and opportunity to make adjustments to their course as needed.

Better by far to adopt strategies including total tear-down and rebuilding on-the-fly, like these companies you may recognize, who had the foresight to innovate, reinvent and adapt: 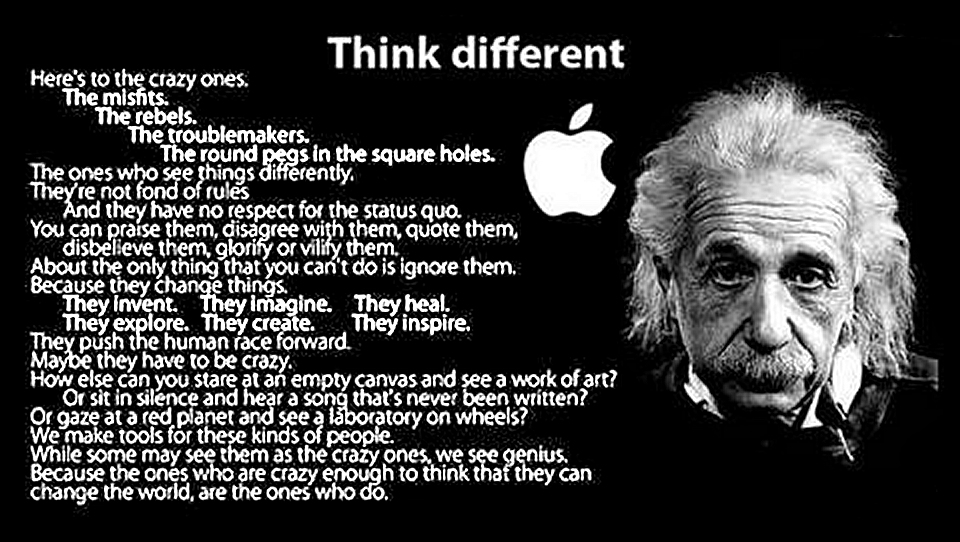 Apple started with stylistic user-friendly PCs then morphed into innovative hand-held devices iPod and iPhone followed by the iPad, the Apple Watch, Enterprise and Siri. Apple remains a leader in innovation, adaptation and exploration of new markets while creating demand for their forward-thinking projects powered by a culture of their unique avid supporter network.

Amazon all but decimated the local bookstore by selling books online then expanded into other retail markets as Jeff Bezos desired to sell “everything” via his online portal. Reinvention included entering the manufacturing arena with technology-related products, streaming licensed – and broadcasting original – content, as well as redefining delivery methods of products in America and around the world.

Remember when Google was a search engine? (Of course you do, they still are. In fact, it’s probably how you found this article.) Now, they are so much more as they continue to evolve and reinvent themselves along the way entering technology development, manufacturing of smart phones, hardware and innumerous gadgets for nerds.

The innovative efforts of Netflix took a noticeable chunk out to the video rental business by offering DVD rental by mail. By keeping a mindful eye on the emerging video landscape, they were able to jump at the opportunity to join the video-streaming technology in 2007. In 2013 further reinvented Netflix as it began to take on the networks by releasing its own original content for subscribers.

Howard Schultz introduced us to a new and exciting way to experience coffee. Even so, after a while his coffee experience was under attack by major chains and independent entrepreneurs, all who wanted a piece of the Starbucks’ action. Shultz hit the road and discovered that advancements that had been made in recent years allowed clientele and his market to deteriorate. Once he discovered this, he reinvented Starbucks without the advancements, returning it to its original charm and put his company back on the map.

Taking a beating in the big-box market place, Target was losing market share when it decided to reinvent itself by setting Target apart from the other mass retailers, like Walmart and Kmart. By teaming up with fashion designers they were able to introduce value-priced clothing and cosmetics to reposition themselves as being America’s purveyor of affordable chic. Now, faithful consumers refer to the store as Targét.

Japanese car company’s Toyopets were not well received by the American audience and when expensive import tariffs were levied against their off-shore vehicles, they set up manufacturing in the USA. By focusing on refining production and engineering capabilities they were able to produce an affordable low mileage and maintenance automobile with a longer lifespan that other vehicles. So as not to lose market share, they expanded their lines to include Lexus’s luxury cars and the Prius.

One Valentine’s Day, former PayPal employees decided to launch a video dating site with huge investments. The dating site was an enormous flop, but the video backbone of the system was inherently sound, so rather than tuck their tail between their legs and walk away from their angel investors, they decided to reinvent themselves as a video sharing site that was later acquired by Google to the tune of $1.65 billion.

Just a few examples to keen you up to the idea, it would behoove you not to become complacent in either your personal or professional strategies. You don’t have to take on the responsibility on your own, as you can defer much of it to your team, but you must be plugged in to the heartbeat of your clients, potential clients, and the changing landscape, so as not to be blindsided.