The latest communications methods harness the power of light to instantly move data from here to there. Your cellphone, television, radio, computer, and other devices are all using light to give you that seamless instant flow of information. 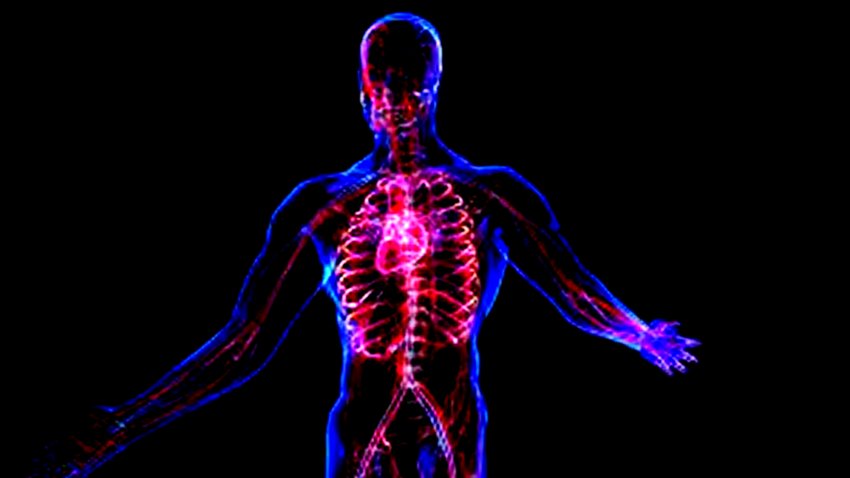 Throughout the universe, we are surrounded by light both that we can see and not perceive with ordinary vision. This light is an electromagnetic spectrum in nature that includes all frequency wavelengths that naturally create an intelligent connection and communication among all life, life as we know it, and life that may be unknown as well. Even as technologically advanced as we are, we are still in our infancy in fully tapping the potential of this universal energy.

The kinetic energy from dropping a pebble in a still pond creates pulsating energy on the surface of the water which ascends and descends creating alternating crests which are easily identifiable as waves, like the waves or the ocean, or electromagnetic waves of energy which can be identified by their frequency.

The electromagnetic spectrum includes all frequencies from radio waves on the one end and gamma rays on the other end of the spectrum. Visible light which reflects the colors that we perceive has a frequency ranging from 430 terahertz to 790 terahertz. The terahertz range of frequencies is an area within the spectrum that scientists are in the process of discovering and finding methods to harness their potential.

Being balanced on our planet is a key to the survivability of the human race. Our world maintains its balance by hosting a roughly 70% water content and our human bodies do as well, making us a perfect match for the environment where we live and hope to thrive.

Terahertz frequencies pass through human skin, tissue, bones, cells, and even the DNA and RNA seamlessly while working with the body’s pervasive water channels and the aquaporins (AQPs) which selectively control water movement into and out of cells. Terahertz waves stimulate the AQPs or transmembrane proteins that facilitate water transport across cell membranes facilitating the proper folding of proteins which is essential for proper cellular function and support while preventing disease.

Terahertz frequencies excite DNA, and RNA, and strengthen proteins promoting precise folding, expanding their capacity for catalyzing energy, and increasing interconnectivity of the greater neural network throughout the human organism.

The human body requires voltage to function. An underpowered body will not function well if the voltage is low. The power of the body to self-heal is determined by the voltage level of the body.

Terahertz radiation carries charged negative ions throughout the ion channels (we have over 100 of them) changing the voltage across their membranes distributing the energy, increasing the overall voltage of the body, and synchronizing high functioning biological processes.

The largest organ of your body is the exterior skin, comprised of seven or eight layers, depending on its location, as the palms of the hands and the base of the feet have an extra layer of skin. These are divided into three sections called the epidermis, the dermis, and the hypodermis. These layers of skin help to protect your skeletal system, organs, muscles, and tissues from harm.

The epidermis hosts melanocytes that filter out ultraviolet (UV) radiation from the sun. UV radiation is the leading cause of skin cancer. It also causes wrinkles. These cells help to make up your immune system, to guard and signal the body in the event foreign substances are attempting to breach the skin, like bacteria that clearly is not recognized as healthy, setting off an alarm activating your immune system, which sends antibodies and other cells to fight any potential infection.

The keratinocytes in the stratum spinosum layer of the skin and the sebaceous (oil) glands keep the body’s water encapsulated and prevent penetration by water from outside the body. Dead protective layers of skin or corneocytes protect you from harm, including abrasions, light, heat, and pathogens.

Terahertz waves penetrate all protective layers of skin and help to stimulate blood and repair the dermis. Resonating with all cells in the body, terahertz frequencies excite the piezoelectric body systems which produce AC current in the bones and deliver piezoelectricity responses to other tissues, such as the trachea, intestines, muscle fibers, DNA, and various proteins influencing one’s health in a positive manner.

Your DNA is under attack from everyday life causing its degeneration. This will come at a tremendous cost to future generations as our DNA becomes more and more watered down. Your body is preprogrammed with systems to protect and repair your DNA, including an internal emergency response system that engages when potential damage to the DNA may occur.

This helps to ward off potential threats imposed by the environment to which we are exposed as well as cellular breaches which may spread to cause disease. Exposing DNA to terahertz radiation excites and triggers the DNA Damage Response (DDR) which causes the DNA to strengthen itself against attack or degeneration.

This can help thwart the damage that is occurring to the human genome every day. Exercising the DDR regularly causes the DNA to remain fit, preventing improper repair or replication of damaged DNA. Without this type of correction, the DNA is left to mutate or promulgate aberrations in the genome that promote premature aging, deterioration of general health, and opening oneself to the threat of disease, or lack of longevity.

Directing focused heat to a target site on the body sends oxygen-rich blood to the site flooding the area with healing nutrients and support.

You already know that applying a heating pad to a sore area helps to relieve the pain, and research confirms that doing so promotes health, healing, and stimulates natural stem cell vitality in the warmed bones.