You, a self-proclaimed promoter of love and goodness, have reposted negative news on Facebook, or you’ve tweeted a horrific injustice, or spread some other upsetting notification, and I wonder, “Where’s the love in that?”

You are at least somewhat aware of how the law of attraction works. Right? When you expend energy on any negative topic, you make it stronger. Even if you vehemently oppose it, the more you abhor it, you add even more energy to it.

When we do this, we are power cells for negative energy.

Take a look at your social media posting history, and what do you see?

You might be surprised to find that you can easily tell where your center of attraction is, which is also known as your vibrational frequency, by taking an objective look at what you share on social media, as well as what you talk about, with friends, around the water cooler, or in general.

If you can view your posting(s) and see no love in it, you could consider stopping posting altogether, because you are not only lowering your own vibration, but you are adding to that which you are feeling uncomfortable, sick, or angry about.

And, if you’re sharing a good deal of negative “fake news” such as articles, images, and memes that are fictional but created to elicit a negative response from viewers, then you are purely spreading negative vibrations for no reason. This is an unnecessary reckless negative promotion, of which you should be ashamed.

Please fact-check any emotionally charged negative post before responding or sharing. Do not be a part of the decline of our culture. Ignorance is no excuse.

So glad you asked.

Let’s look at an example.

Let’s say you say a posting of a person who was demon-possessed pushing people in a crowded supermarket, looking crazy, threatening, and had that “if looks could kill” look in his or her eye. This appeared to be captured via cell phone, and the caption reads, “Demon possessed ghoul, attacks and tries to eat innocent shoppers in Atlanta!”

We already know, if you repost it, you are adding to the negative energy of this post, so you’re not going to do that.

You could do a search and maybe find a related article about a priest who exorcizes a demon from a shopping mall in San Antonio, with a tearfully happy ending. Or you could seek out and find an organization that supports public exorcisms, donate five dollars to the cause, and share a post promoting their ministry.

Or, if you’re particularly concerned about what you post, you may do a search on the shockingly negative post which got you all riled up in the first place to discover the original video capture was of a shopper who was choking on a chicken bone whose life was saved by a store clerk. The victim is alive and well, and now a vegetarian.

The video footage was edited and promoted as a fantastically negative energy generator, and it had gained quite a bit of momentum to push down the vibration of the Internet to the glee of some twisted individual.

And by all means, ask, yourself, “Where’s the love in that?”

Thank you so much.

Now, you are the solution to the growing web of pollution. 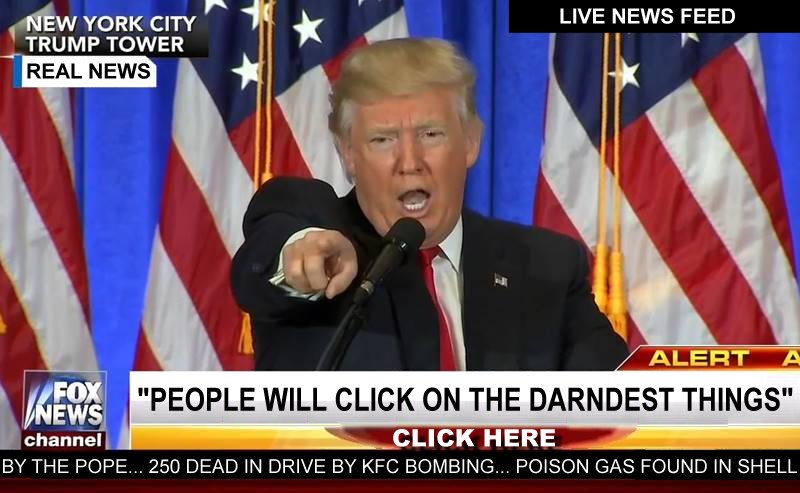