What will you do when you find yourself with extra time on your hands? Will you catch up on playing games? Search and peruse the Internet to your heart’s content? Binge-watch everything you may have missed in the last ten years on Netflix? Or will you take this time to evolve? 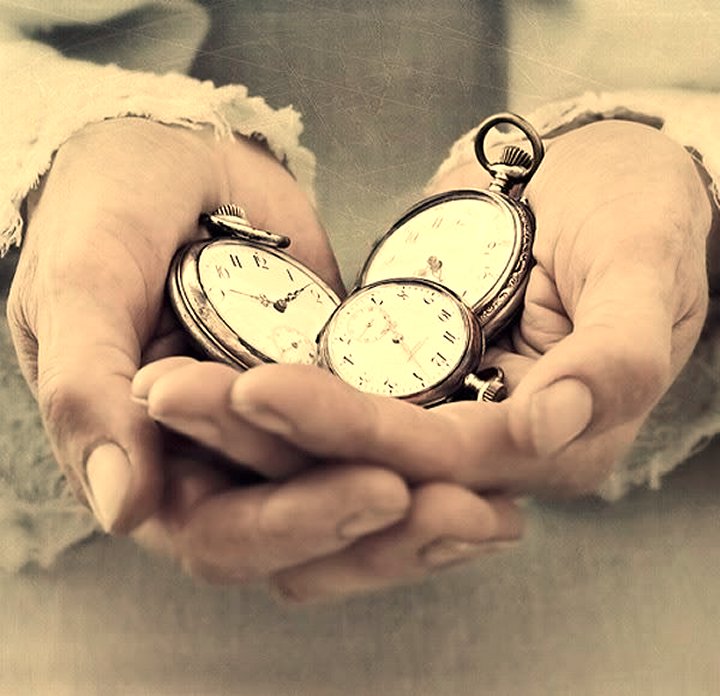 This is a unique opportunity to do something that you never had the time to do before. You know, all those things that you said, “If I just had a few more hours a day,” or thought, “I could do so much more with the hours that I waste commuting.”

So, here you are, unless you are essential, you have found yourself with extra time on your hands. What will you do with it?

I can tell you what I see. I see people taking advantage of this downtime growing and expanding. People, like you and me, are spending this time in personal exploration and expansion. So, when the cloud rises from this unprecedented time, these individuals will emerge fully empowered and vastly different from what they were at the beginning of the lockdown.

There are many of us who will emerge having made hugely divergent career changes. Other changes will include increased health, wellness, and longevity. Some will come out as new business owners, and other sill grow and expand in spirituality with hearts overflowing with love.

I know this is on contrast to what you see in the media because all they are doing is presenting the worst of the worst, all the chaos, all the tragic news, all the fighting each other and further separation of each of us, all the pain, destruction, and dysfunction.

There is an underground movement of spiritual awakening that is taking place, while the world is focused on all the chaos that is being promoted, exaggerated, and designed to cause us to panic, get angry, and focusing our attention on fighting by the media. We are angry and we are compelled to fight for our rights, fight for justice, fight for freedom, fight for independence, the call of the hypnotic media is to lull you into this angry state, enough to encourage you to “Make a stand.” To stand and be willing to fight for what is right.

This is a year that massive change will be pervasive and the whole Earth is evolving. Our planet is shifting into a healthy state, and for those who are taking a positive approach to this evolutionary expansion opportunity, they are changing and becoming more healthy and powerful, while basking in light and love, while the rest of the planet struggles against the darkness.

The underlying forces that rule the lands which we inhabit have their own agendas that they are aggressively promoting, the reward for doing so is knowing that if they can keep the population distracted by the conflict, they will never have the peace of mind to see what is awakening under the surface of all the chaos.

Yet, the evolution is taking place, in the now.

Will you take this extra time on your hands to turn off the TV, unplug from the Internet and negative news, and take the time to look inside and contemplate the mysteries of your unlimited possibilities? 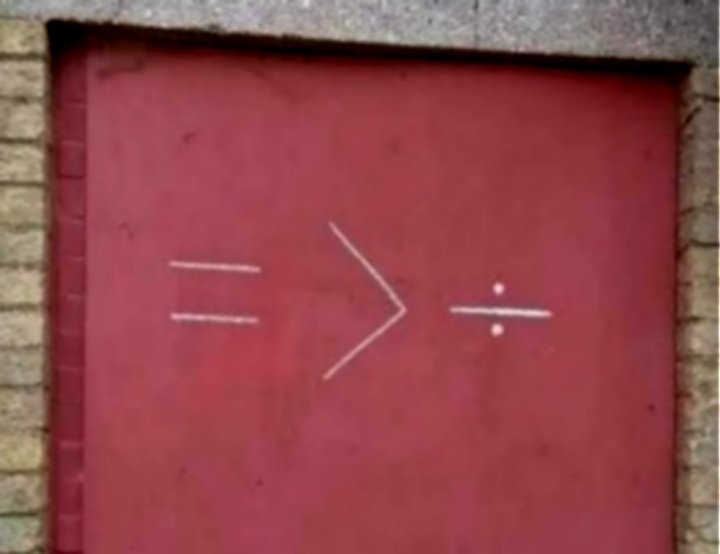 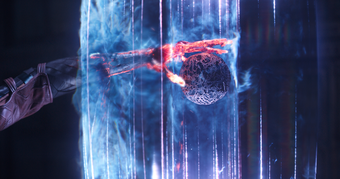 The Earth is a closed eco-system to which mankind potentially has access to 1/3 of all the ambient power that exists and is accessible from the Earth, like solar, water, natural thermal, fuels, etc. The remaining two-thirds of the remaining available power is inaccessible to humanity without surpassing the limitations of human cognition.

Through science, we can learn to access the ambient 1/3 energy and use it for our benefit (and profit wildly in the doing of it). Accessing the remaining energies requires stretching one’s imagination and allowing of the possibility that beyond science there is indeed more than meets the cognitive eye when it comes to energetic possibilities.

There is a throughput of unlimited energy which originates beyond our humble ecosphere that is constantly flowing and powering life, every element and living thing on our planet holding all that is in sacred harmony.

And there are those who are awakening and finding ways to access this unlimited source energy. This is an exciting time in our world. Some who have had access to these eternal energies which are more powerful than any other source to which we normally have access to have agreed that any of us and all of us could have access to this infinite power, if we could just get beyond our selfs and plug into this God Source Energy.

This is the current evolution of mankind, and it’s happening right now. You can feel it happening because you know there is far more going on here than meets the eye.

On the other hand, the world and those who control it, profiting wildly from every breath you take, every step you take, every move you make, they are following you, constantly monitoring you and persuading you at every opportunity to reject these evolutionary ideals, using any available resources to mute and prevent your evolving.

An evolved humanity, independently and collectively having unlimited access to all that is, ever was, and ever will be would be impossible to control and profit from. This is the future for the human race. And this idea is the one thing that has the “powers that be” shaking in their money boots.

Those whose intention it is to control and profit from you know the natural and ascended power that you wield to work against the wants and desires you might have, limiting or preventing your evolutionary potential, and promoting their own agendas.

They know that energy is energy, everything is energy, and they are stealing all the energy they can get from you.

How Are They Stealing Your Energy?

They are using the old undesirable sleight of hand trick to steal your energy and make their own agendas even more powerful, and it works, like this:

1. They expose you to an undesirable event or idea.
2. You have an emotional response
3. You react (exert some energetic response)
4. They steal this energy and add it to their agenda

It works every time, and you’re none the wiser.

Yes, when you react, the more negative your reaction, the more powerfully what you don’t want, makes you feel sad, mad, or despise, grows far more powerful for this energetic power is not good or bad.

Just like the power that is provided to the burner on your stove is neither good nor bad. The more power you provide to the burner, the hotter (more powerful) it gets.

Unless you’re awakening to this concept. You are understanding that energy is energy, and everything is energy. and you are learning how to retain and master the control of your own natural and sacred energies.

Only then, can you keep them from stealing your energies.

So, before you react to something you read, see, or hear about in the news, the media, or from someone else via word of mouth, stop. And think about what’s really going on here, and ask yourself,

“Am I being manipulated?”

Am I about to initiate a powerfully negative response that will add energy to the information I’ve just been exposed to?

Unfortunately, most of us, just respond objectively, and the more rejective or negative your response, the more you actually promote those undesirable things.

In other words, You’re Doing It Wrong.

You, a self-proclaimed promoter of love and goodness, have reposted negative news on Facebook, or you’ve tweeted a horrific injustice, or spread some other upsetting notification, and I wonder, “Where’s the love in that?”

You are at least somewhat aware of how the law of attraction works. Right? When you expend energy on any negative topic, you make it stronger. Even if you vehemently oppose it, the more you abhor it, you add even more energy to it.

When we do this, we are power cells for negative energy.

Take a look at your social media posting history, and what do you see?

You might be surprised to find that you can easily tell where your center of attraction is, which is also known as your vibrational frequency, by taking an objective look at what you share on social media, as well as what you talk about, with friends, around the water cooler, or in general.

If you can view your posting(s) and see no love in it, you could consider stopping posting altogether, because you are not only lowering your own vibration, but you are adding to that which you are feeling uncomfortable, sick, or angry about.

And, if you’re sharing a good deal of negative “fake news” such as articles, images, and memes that are fictional but created to elicit a negative response from viewers, then you are purely spreading negative vibrations for no reason. This is an unnecessary reckless negative promotion, of which you should be ashamed.

Please fact-check any emotionally charged negative post before responding or sharing. Do not be a part of the decline of our culture. Ignorance is no excuse.

So glad you asked.

Let’s look at an example.

Let’s say you say a posting of a person who was demon-possessed pushing people in a crowded supermarket, looking crazy, threatening, and had that “if looks could kill” look in his or her eye. This appeared to be captured via cell phone, and the caption reads, “Demon possessed ghoul, attacks and tries to eat innocent shoppers in Atlanta!”

We already know, if you repost it, you are adding to the negative energy of this post, so you’re not going to do that.

You could do a search and maybe find a related article about a priest who exorcizes a demon from a shopping mall in San Antonio, with a tearfully happy ending. Or you could seek out and find an organization that supports public exorcisms, donate five dollars to the cause, and share a post promoting their ministry.

Or, if you’re particularly concerned about what you post, you may do a search on the shockingly negative post which got you all riled up in the first place to discover the original video capture was of a shopper who was choking on a chicken bone whose life was saved by a store clerk. The victim is alive and well, and now a vegetarian.

The video footage was edited and promoted as a fantastically negative energy generator, and it had gained quite a bit of momentum to push down the vibration of the Internet to the glee of some twisted individual.

And by all means, ask, yourself, “Where’s the love in that?”

Thank you so much.

Now, you are the solution to the growing web of pollution.