We know that life has a certain curve of wellness which declines into deterioration after reaching its peak of performance. The is the natural default deterioration which accompanies life. Whether you are a rock, a flower, a tree, or a human being. When you have served Mother Nature by utilizing her resources for your peak years of procreation, she begins to allow your physical form to deteriorate to make way for younger procreators.

Default deterioration is the natural order of life as the endless cycle of transforming from dust to life, from life to dust, ‘round and ‘round it goes, where it stops nobody knows. 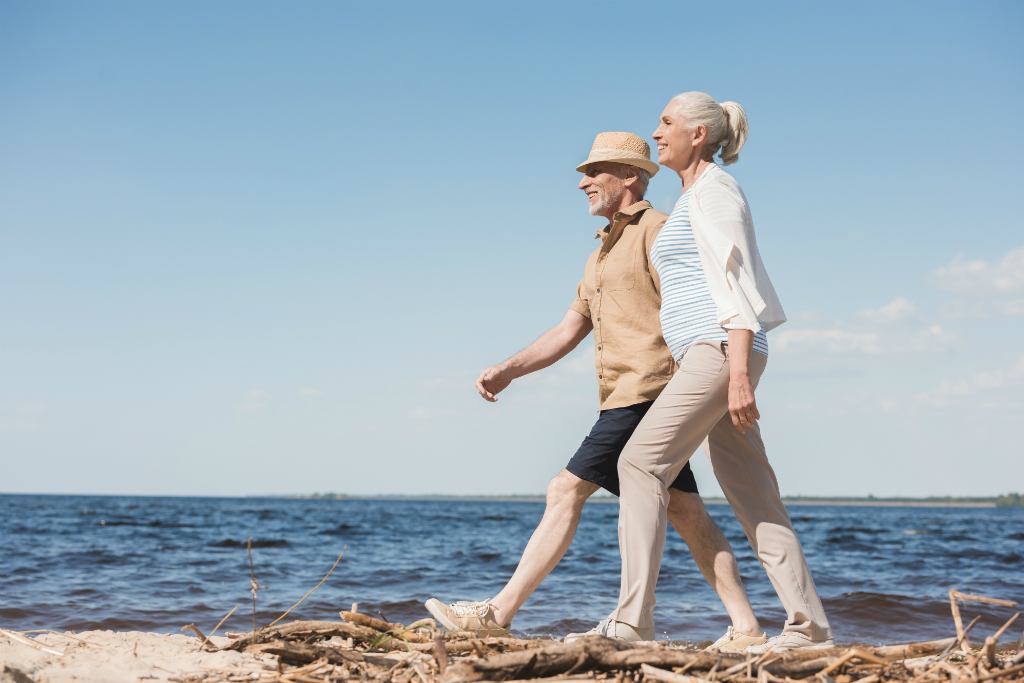 Then there is you. You have the ability to change the natural tendency to restrict your life to a limited degree of potential, deteriorate and die to make room for others. You can, if you so desire, take a proactive approach to living a healthier life, continually growing and expanding in consciousness, awareness, and ever-increasing longevity.

In the last 50 years, life expectancy in the United States has increased from 70 years to nearly 79 years of age, there is a growing community of Americans who are seeking to extend their lives by taking better care of themselves, being more conscious about what they put in their bodies as raw materials, and staying active and productive well into what might be considered advanced age.

I have the full intention of living to be 120 years old, and there are many others who are on the path of doing just that. It is said that by the time those of us have reached 120 years old, there is a very good chance that we can go form there to 200 years old.

You have to be careful who you have this conversation with because the initial reaction of those who hear that you want to live to be 100-years or more will violently protest, raising their voice to ask,

How long do you want to live?

Followed by 100 reasons why they would not want to live that long. For those people, they associate aging with decrepitude, they’ve aligned themselves with the idea of the default deterioration so much, that they resign themselves to embracing the idea of looking forward to an early grave.

To them, the idea of living very long means not being able to care for themselves, to rot away in a home as their body shuts down. This is the price they see for persisting to live and extend their lives on planet Earth. Too high a price for them to consider.

Yet, every year, more and more Americans (nearly 90,000 at present) are living to be more than 100 years old. While there is the genetic anomaly, the growing number of these people referred to as Centenarians, have extended their lives with intention, purpose, and a variety of proactive approaches to healthy living.

you have to want to live.

You need good reason(s) to live. Finding the joy of life and living a better life, adding value to family and community. Having so much fun with an ever-expanding joy, happiness, and appreciation for each breath you take. Every day you awake you know blessings are expected as you keep moving forward through another exciting day.

For the people who are living beyond what was previously seen as impossible not that long ago, they are not spending their extended years in wheelchairs or hospital beds. The ones I know are out walking on the beach, gardening, dancing, working out at the gym, hiking, climbing trees/mountains, riding bikes, racing motorcycles, practicing yoga, taking the boat out, and savoring every drop of life they can from each moment.

They take full responsibility for their own health and wellness, in ways that might frighten someone who has decided to live to be 78 to 79 at best, hoping that their time comes sooner rather than later, hopefully, while they’re asleep.

Not everyone is created the same, but as you look around, you will notice a go=rowing number of people who are aging in ways that would shock their peers.

Of course, if you’re going to live a long life, you must wrap your head around the idea that you are probably going to outlive everyone you know and love. You have to find a way to make peace with that, allowing others to do the best they can with what they have without judgment.

For the idea of advanced longevity, many are called, but few will do the work it takes to effectively extend their lives as they project themselves into the future.

How long do you want to live?

Another year, another drop in life expectancy in the United States. In the country that spends the most number of dollars on drug research, it appears the results of that research, the drugs, are killing most of us, as well as enabling us to use them to end our own lives by pharma-assisted suicides. 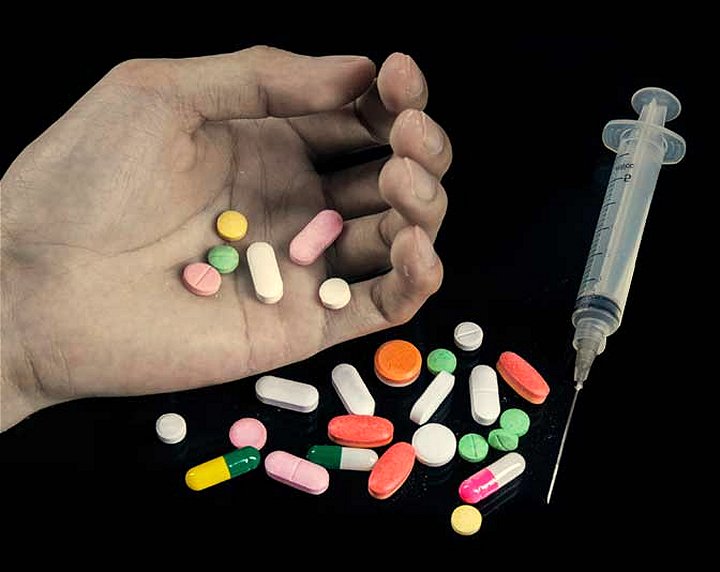 In a day and age when many of us are seeking out ways to extend our lives, it appears the pharmaceutical companies are using doctors and the medical industry to decrease our life expectancy.

According to a recent report by the Center for Disease Control (CDC), mortality is on the rise again, this time the increase is due to drug overdose. The CDC reports post-mortem toxicology reports identify the culprits as heroin and synthetic opioids (not including methadone) such as the fentanyl family (like carfentanil, furanylfentanyl, and acetylfentanyl), tramadol, hydrocodone, oxycodone, and benzodiazepine among others.

Fentanyl is 50 to 100 times stronger than heroin and 10,000 times more powerful than morphine and the epidemic is a “public health emergency,” according to President Trump, to say the least.

Let’s face it, for many Americans, the outlook on life is grim, and many are reaching out for new ways to numb the pain of everyday life or a painless way to exit the game altogether.

Every wonder why people commit suicide, or have suicidal thoughts? Did you know about the growing number of Veteran suicides, and the general increased rate of suicide around Christmas time?

I don’t want to say why people are more prone to take their own lives today.

Have you ever thought of taking your own life?

I’ve heard many different perspectives from those who are considering suicide as a way to escape. And from what they say, if it’s true, sometimes it’s hard to argue with them, if I were in their shoes, I might consider likewise.

All I can say to you is that this is not the time to check out prematurely. We are on the leading edge of an evolutionary expansion of life on this planet, and you can be a part of it, but to do you, you must remain on this side.

There are other people who are feeling just like you and they are hanging on, even if by a thread.

If you dare, you could join me in sending love to the world in order to help others, just like you. Or if your fortunate enough to be one of those who are blessed enough to be feeling on top of the world, maybe you could join us in giving the gift of free love to others who desperately need a little love to get through this holiday season.

You have great things in store for you, just waiting for the opportunity to sprout, grow and flourish. The greater community is waiting for your contribution. There, not far off, awaits a better life, your best life, but you must hang on through this difficult time in order to breakthrough, embrace your innate love and power, and emerge as the best version of yourself.

I believe in you. There is much love here for you.

Send Love to the World

Now, there’s a question. Everyone ponders their own mortality and as I talk to people, it appears that everyone has their own perspective on what would constitute a full life. According to statistics, a man will live to be 76 and a woman 81.

Recently, three vibrant people that I know ceased to participate in this life their ages varied from 45 to 77. Their life’s cessation was not accidental nor due to “natural causes.” As I grow older, I continue to see many people in my life having thoughts of suicide and opting out of life as we know it. Why do people commit suicide? 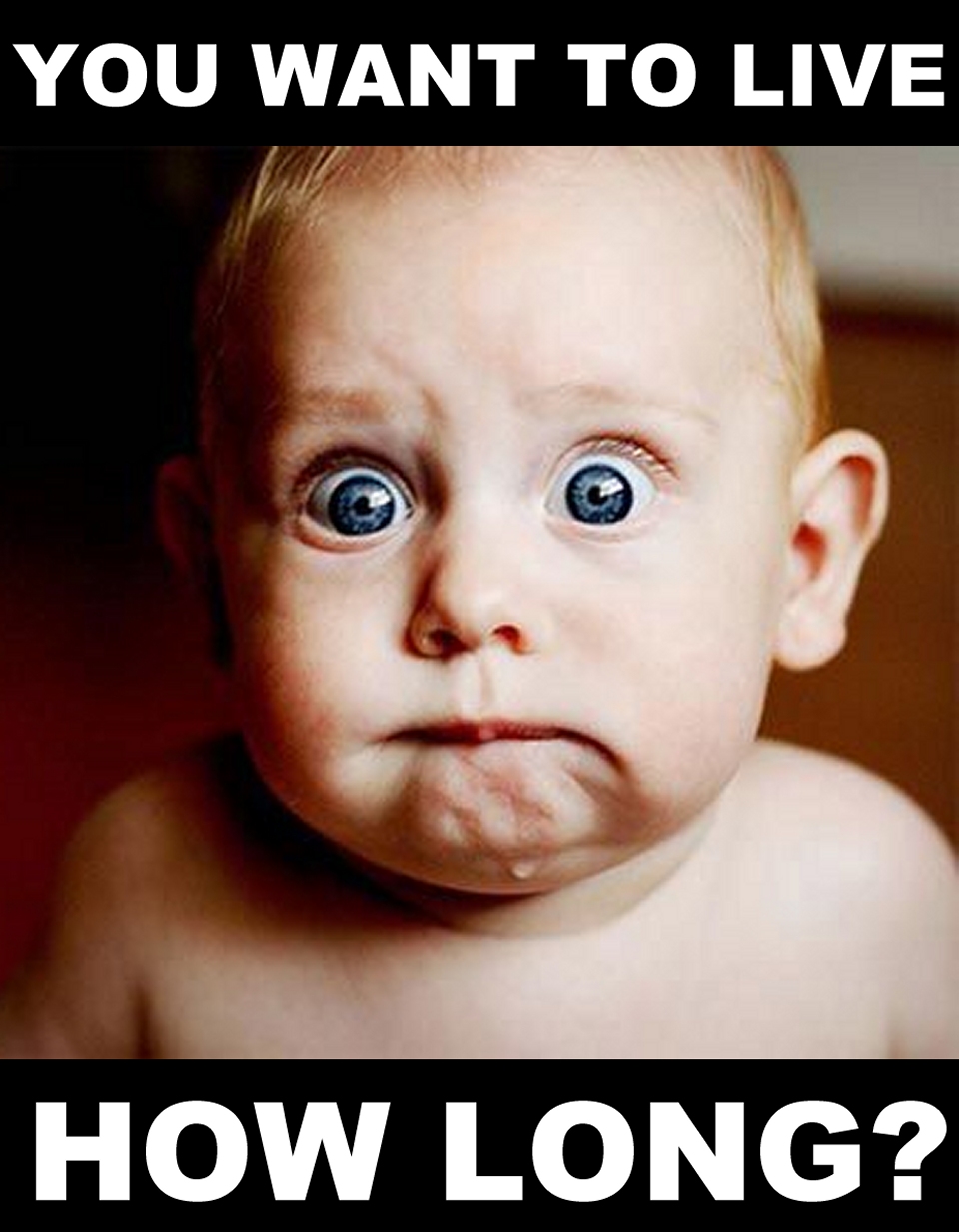 At this point in my life, I have a firm intention to live to be 120 or more and be in pretty good shape as the number of centenarians continues to double year-by-year.

Then, I see other people’s reaction when death comes knocking on their door – maybe not ready to take them away – but they receive a wakeup call, a reminder that if you don’t make some changes in your lifestyle, you may not have much longer to live.

It’s interesting to watch how different people react to warnings of potentially window shopping at death’s department store. Some people re-evaluate and find other things to do and places to be that might not have such ominous foreboding, while others brazenly march inside in an effort to get the best deal they can, checking out as soon as possible.

Some people are just done shopping; they just want to get what they need and get into line at the checkout lane as quickly as possible. Some stand in line longer than others, but eventually, their turn comes as life scans their items and rings ‘em up. They pay and they leave; done.

I have many friends who have beat the odds greatly – and they are my heroes, my hope that my long-life goal is within reach – and they are vibrant, in great shape and continue to make the world a better place. Wow! (I can even spell it backward.) That’s what I’m talking about.

Interestingly, many times when I share my personal view on my own potential life expectancy, I am somewhat shocked by the response of people who get emotionally tweaked (if not utterly upset) when I propose the idea of living past a more moderate age.

Passive folks immediately become passionate sales clerks for grabbing ten items or less and rushing for the speedy checkout lane. This never ceases to catch me off-guard as they say things like

The truth is, I have had the most amazing life. It has been the best life ever. My life has been a full spectrum color wide-screen surround-sound roller coaster experience and I wouldn’t change one iota of it.

For other folks, life is hard and as they age, they find themselves running out of fuel to continue the journey any longer.

But isn’t it all just a matter of perspective?

Those who know some of the more intimate details of my life assume that the trials and tribulation that visited me would be unbearable. Yet these are the same life circumstances that have brought me to where I am today. I embrace and highly regard every challenge that has crossed my path (likely not in the moment, but after I gained a more aerial perspective).

What about you? Are you ready to check out, or continue to shop?

Think about it (you probably already have)…