Politicians, media, and people all over America and the world have been clamoring about the impending doom of climate change. 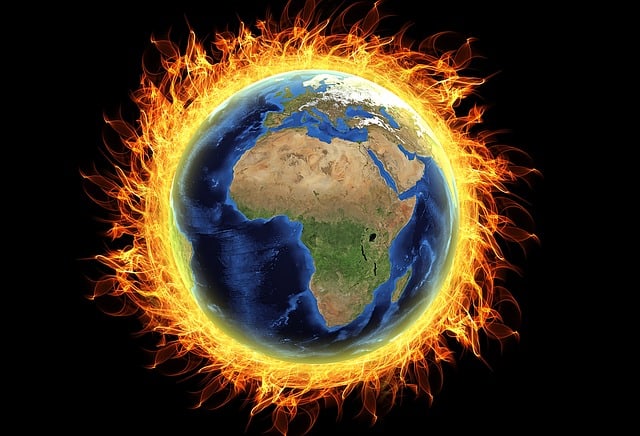 Somehow, the idea was promoted that we could have some impact on global climate change and that we backed by our governments could affect a change that would better serve us.

Human beings have no impact on climate change. We did not cause it and we cannot fix it, for there is nothing to fix. The world has been in this constant state of climate change alternating between warming and cooling with noticeable variances since it first appeared in the cosmos, and it will continue to do so regardless of how you are able to convince the public otherwise and create policies and laws based on this fallacy.

Modest global warming over time is expected and will be beneficial to our environment which should be celebrated. Fighting climate change is futile and trying to do so is a waste of energy and resources.

There is a problem, but it has less to do with the changing temperature of our planet and more with the rampant narcissism of a government and political system that thinks they could pass laws to change the nature of our planet. Allowed to continue, the system tries to manage the world’s energy which has the direct opposite of the intended result.

If their intention is to control enough of the energy production and distribution that it will make the world a better place, and this is what they have been trying to assert, how is that working for us?

Nation economies are failing, the middle class has evaporated, the standard of living is plummeting, while conflict between nations escalated over who will control the keys to the world’s energy, while the people fight amongst themselves and against each other. International unrest, military conflict, and suicide are at all-time highs.

This is not to say that burning fossil fuels do not affect the environment. It does compromise the air we breathe, filling our atmosphere with CO2 that does absorb infrared radiation (heat). This is a thing that does need to be addressed.

Misguided scientists assert, the fact remains, that CO2 in the atmosphere is escalating while ice caps are deescalating. True enough, but that doesn’t mean there is any connection between the two.

So many things far more significant than mankind affect changes in the earth’s temperature, such as our planet’s variations in orbit, its changing terrain (growing mountains, deepening underwater beds, volcanic eruptions, etc.), and changes in the sun’s provision.

What about alternatives to oil-based fuels?

Oil-based energy is actually quite an efficient conversion ratio, the best we have so far

Energy conservation does make sense. This is something that man can do to cut back on waste and help boost the economy while reducing the overall price of energy.

Propaganda campaigns fueling the global warming “crisis” have created a financial windfall for “green” organizations legislatively empowered to penalize and enforce government policies concerning those who refuse to comply with short-sighted mandated policies. These organizations are profiting in the neighborhood of $100 Billion a year, and the overall systems that support them, are just as much or more.

On the other hand, a modest warming trend and growing CO2 levels are actually beneficial to reforestation and agriculture, as CO2 is important fuel for vegetation of all kinds. Our entire ecology requires this balance, including humans and all beasts great and small.

There is no energy crisis or global warming crisis. Concerned individuals would be better off focusing their energy and resources on fighting poverty, and disease, providing clean water, and increasing hygiene, and food provisions.

If you want to fight for something fight against global terrorism and nuclear warfare. Don’t let them distract you with misleading information about global warming.