Whether you’re an employee, in management or a leader in an organization, occasionally you’re going to run into a co-worker or person who is fairly difficult to deal with or just a pain to try to work with. As in all relationships in life, every person (even the ones that appear to be somewhat lackluster) brings value to you and your organization. So, you’re much better off finding ways to manage this working relationship successfully by figuring out how to deal with a jerk at work. 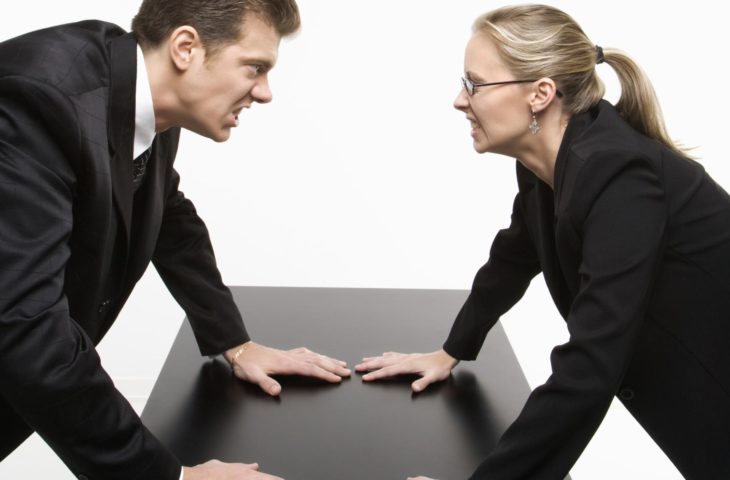 One of my clients is the CEO of an organization with a manager who possesses a powerful personality, which is a daily challenge for the CEO. While the manager’s value to the organization is painfully obvious, so is the contrasting personality, placing him at odds with the CEO on a regular basis.

It appears that every time they try to do something significant, the personality conflicts create immense controversy (including heated arguments), full on arguments and displays of opposing emotional outbreaks falling just short of progressing to fisticuffs.

On more than one occasion, there has been reasonable consideration that excluding the manager altogether by blurting out, “You’re fired!” and to send him packing. Though, as much as the CEO might feel like he’d rather let him go than deal with him, he concedes, “He is more good than bad,” and therefore is willing to do the work to embrace and empower his charge for the benefit of the greater good.

The CEO decided to use his own management skills to reach out to the manager with the thought that there must be something lying beneath the surface which makes the manager resistant to leadership. He thought, maybe if he could better understand the manager, his life, how he became the person he is today, there is a possibility there might be a degree of understanding or empathy for the manager. After all, aren’t we all just doing the best we can with what we have? 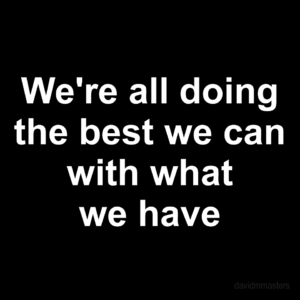 The next opportunity for them to square off came when the manager’s department was upside down and had more work than it could handle, even exercising his best (or worst) management skills and strong-arming the team could not save the day. The CEO knew this would be a difficult meeting, but rather than poise for a fight (as usual) the CEO placed two chairs in his office at 45 degree angles, instead or across from each other (confrontational) in an attempt to eliminate some of the pressure.

Instead of starting with the obvious challenge facing the organization, the CEO first honored the manager by thanking him for saving the day so many times before when facing what seemed to be insurmountable odds, then broke character, humbled himself and intimated his struggle as a young child with making his way to succeed against all odds. There was an implied invitation for the manager to respond quid pro quo.

Following the exchange of their personal stories, these two powerful individuals discovered they had more in common than they may have previously thought, and finding the common ground enabled them, together, to find a solution to the latest challenge.

The chemistry between these individuals is still confrontational at best, but by reaching out and connecting they have a newfound respect for each other and are able to work together through crisis situations. While they may never be the best of friends, they do form a powerful team, when pushing through their social differences to mutually making gainful strides.

This is how to deal with a jerk at work.

Let’s face it; we all have people that we get along with in the working environment better with some employees and co-workers than others. For those that rub us the wrong way, we ask ourselves, “What the heck is wrong with that person?”

You wonder, “How’d he get to be that way?” What makes him/her react, like that? Why is he/she so confrontational? And if you’re not mindful, you might consider resigning yourself not to care or get involved and avoiding this person altogether.

On the other hand, we still need to go through life in tandem with people like this, and chances are, if you tried to avoid them, someone else will come to take their place. Why? Because there is great learning to be had in finding common ground with others with whom you may not be well-suited for the greater good.

Here are some questions to ponder, the next time you become aware of someone who seems like a jerk, but there might be more to the story that you may not understand. Maybe ask,

Who is this person?

Not just the person you know if the working environment, but what is life like for him/her outside the confines of work? You might find this “jerk” engaging in recreational activities, volunteering their free time to help those less fortunate, working out, and embracing meditative or relaxing exercises. Try to see a more complete view of his/her life.

What does he/she want?

Even though they are difficult to deal with, what is it that they want to accomplish? Do they desire to be respected? Are they trying to establish independence or acknowledgement? Are they seeking attention, exercising control? You may find that you share similar goals but go about achieving them differently.

If you can find out what lies beneath the surface of the way they do what they do, it may provide insight. Try not to take it as a personal affront. It has more to do with them than it does with you. Maybe, if you can understand their plight, you can exercise care and a bit of mentor ship, by gently reaching out and helping him/her understand or at least consider better ways to approach communication.

In any relationship, regardless of the conflict it may represent, the only thing you can truly control is yourself. So, proudly take the gauntlet and the high road to a better life by becoming the master of your own life and taking charge of the only half of the relationship that you have control over: You.

Don’t judge others for being incompatible. Instead, humble yourself, try to understand, reach out, or in extreme circumstances, change what you can (even if it means ultimately distancing yourself) and always seek to find the treasure hidden in any conflict.

Because if you don’t learn the lesson now, a new opportunity will present itself until you do.

Your journey is a magnificent one, full of excitement and drama, all for your benefit, if you so embrace it.