By limiting your belief system, you prevent your mind from having access to all the limitless possibilities which exist all around us both seen and unseen. 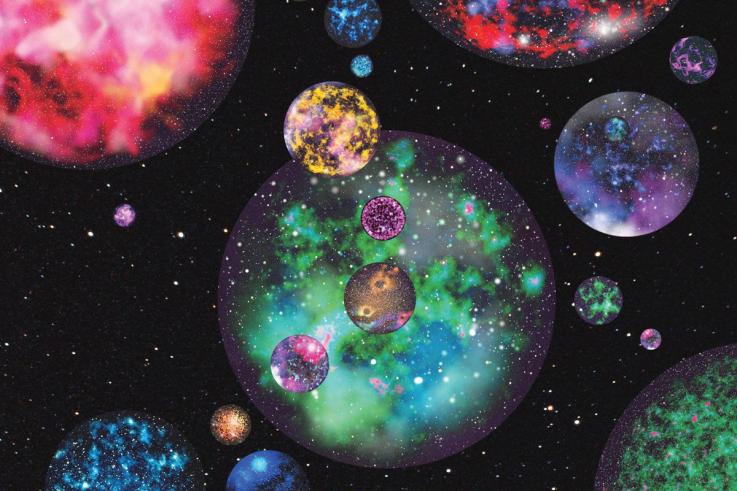 On a basic level, let’s take a look at some basic limiting beliefs, like,

This is a statement which substantiates your unworthiness to be a recipient of all the best things in life waiting to show themselves to you in a real, meaningful way. All these things are eager to be revealed to you, but your limiting belief excludes their possibilities from your experience, and so it is.

There are many variations of the not good enough limitation, including (but not limited to) being unlovable, bored, ugly, stupid, worthless, abnormal, undeserving, or a bad person, to name a few. And what you believe is definitively true for you. This not only becomes a self-fulfilling prophesy, it becomes your reality. For you, no possibilities exist outside the box of your limiting belief.

Fortunately, there is a very simple mind hack you can use to allow the existence of infinite possibility. It may take a minute for you to open your mind to it, but with a little effort you can accomplish such a feat.

Leading edge scientists are notorious for box-like thinking. They make a discovery and build a box around their idea and say, “this is truth.” Only science doesn’t stop there, it keeps going, digging deeper and deeper, until the box which once represented truth is proven to be nothing more than a step in the right direction but only a limiting belief.

For highly motivated expanding scientists, they do not see the latest discovery as definitive, only a hint that there is much more to be found on the other side of it. These are the ground-breaking discoverers of new ideas, new possibilities, new realities, because they refuse to be limited by limiting statements of facts. Facts which should always be subjected to new perspectives, experimentation, and testing, drilling down to deeper levels of understanding.

With all this scientific exploration, scientists end up looking at the universe through new eyes as they end up looking straight into the vastness of all that is. It is not uncommon for a scientist to say something like, “We’ve become so knowledgeable about so much, that we’ve discovered we don’t know anything.” Or, more correctly, “We can’t know anything,” in its fullness. Anything that can be known is only a hint of what is possible.

So, it is with your limiting beliefs. Sure, there is safety in the box for ignorance is bliss. It’s easier to say all those things outside the box don’t exist, than to deal with the thought of their possibilities.

If you are unworthy of being loved, then true love will be unable to become a part of your reality. A part of you rationalizes this as safety for if you do not have love, you will not be vulnerable enough to be exposed or hurt. Thus, the need for the constraints of your limiting belief because the idea of infinite possibility in love, or any other subject matter, is just too chaotic and potentially dangerous.

You may feel as though love is not a possibility for you, and so it is not. But every once and a while you witness a couple in a true love relationship. Even for the briefest moment, you consider the possibilities which exist outside the box of your limiting beliefs.

As much as we might believe that we (humanity as recorded by the history we believe to be true) are the only inhabitants of this planet, regularly archeologists uncover the remains of civilizations which existed long before our arrival.

Regardless of what you believe, there exist infinite possibilities beyond whatever you think. Or not.