a) How does it make you feel when someone tries to bully you or push their ideals or beliefs on you?

b) If someone strongly opposed something that you believed in, how likely would a disrespectful presentation sway your belief? 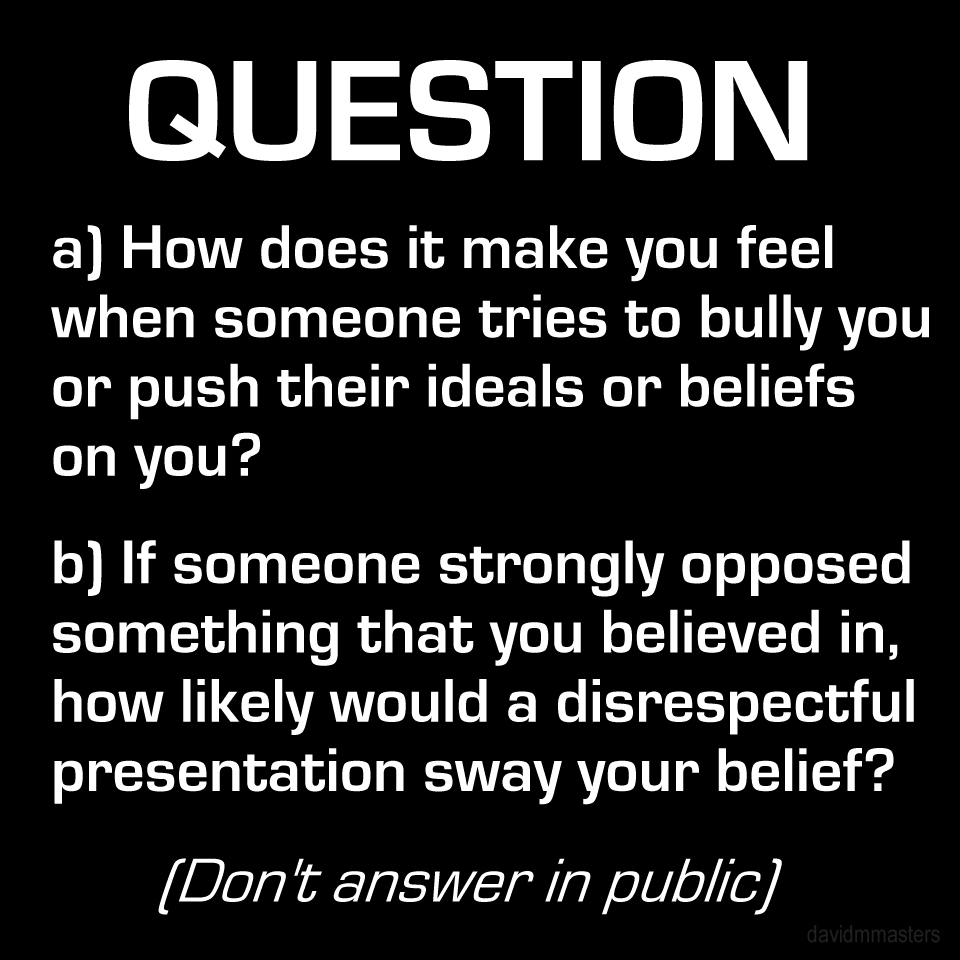 Think about it… Do you like to be bullied?

What about that person that is passionate about something that he/she believes in? He/she doesn’t know you and shares his/her perspective on an idea or concept that you don’t agree with. You listen, at first because you’re being kind and considerate.

Now the passionate person escalates even more, resorts to name-calling and may even include veiled threats that your life – or the lives of your family and friends – might be at stake because you choose not to listen to his/her truth.

And that is an example of a passive response. What if you had decided to defend your point of view?

Now, it turns into a full on debate, which in some cases has escalated to fisticuffs and/or death; over what, differing opinions?

Debate has never converted anyone. All it does is to help build walls that turn into elaborate fortresses of information, data and hate in a desperate attempt to protect something that is believed in. Where does that get you?

People have shared ideas with me that – at the time – infuriated me because I felt as though they had just approached me with the most ridiculous idea; it went against everything that I knew and believed in. But I let them tell me their story out of my respect for their right to believe whatever they want.

Sometimes, in cases like this, we both walk away from the conversation the same way we came into it (maybe even thinking that they other person was a crack-pot)… then, something happens… days, weeks, months – maybe years – go by, and something that person said begins to make more sense to me than what I previously believed.

And that little seed that someone planted begins to sprout and grow… (Maybe not the way the person who originally shared the idea with me in the first place had intended) and I start to grow.

I like giving anyone enough space to express themselves respectfully. If I see them getting too excited (unless I’m enjoying their over-the-top expression) I might warn them that their delivery is getting in the way of their message; so if they calm down, I will be able to take in more of what they are trying to say.

Sometimes it’s hard not defend yourself when someone is sharing an idea that you don’t agree with.

If you’ve ever been able to participate in a heated boardroom meeting, you know what I mean. Here’s a group of upstanding, relatively calm businessmen, each with their own opinion about how a thing should be done… passionately; as if their lives and the lives of their children hung in the balance.

People, who argue and fight, generally prevent themselves from a great deal of happiness in their lives and are more prone to health decline and most of them are unable to achieve much in terms of expanded life-span. 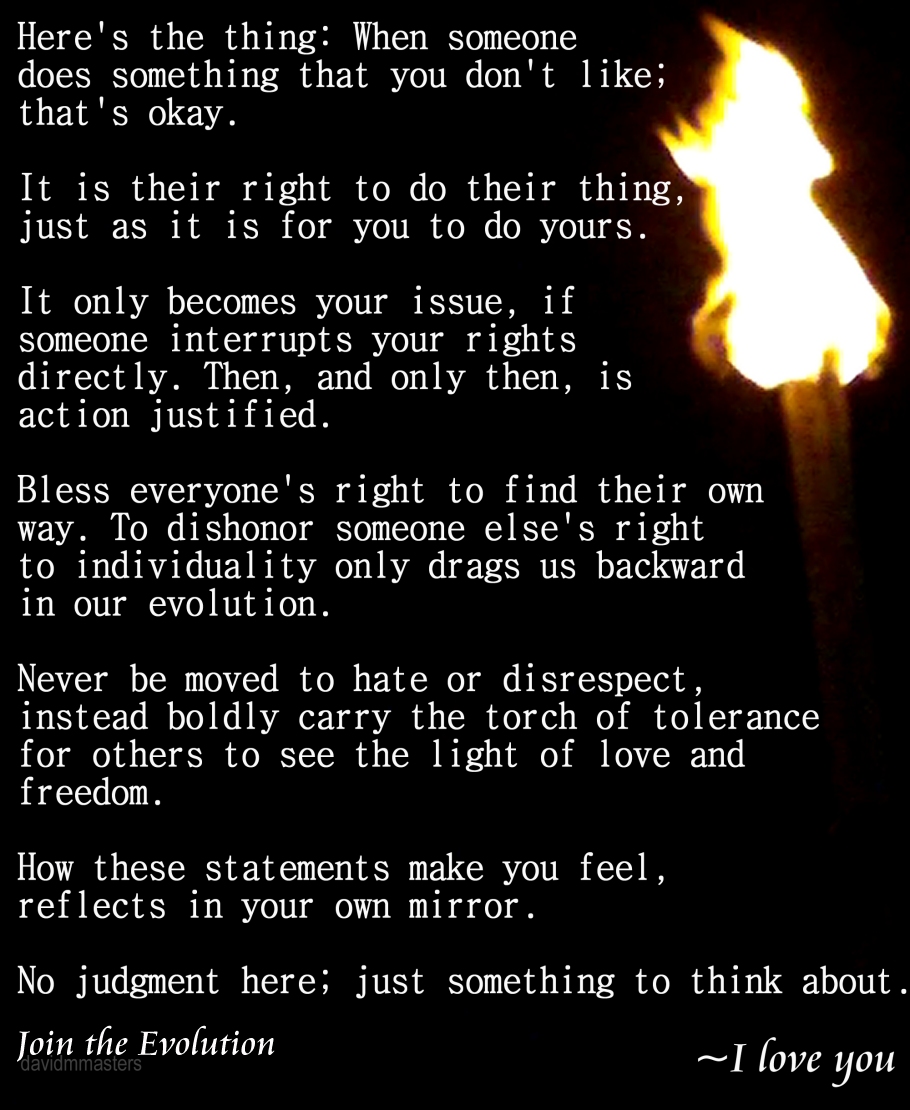 Here’s the thing: When someone does something that you don’t like; that’s okay.

It is their right to do their thing, just as it is for you to do yours.

It only becomes your issue, if someone interrupts your rights directly. Then, and only then, is action justified.

Bless everyone’s right to find their own way. To dishonor someone else’s right to individuality only drags us backward in our evolution.

Never be moved to hate or disrespect; instead boldly carry the torch of tolerance for others to see the light of love and freedom.

How these statements make you feel, reflects in your own mirror.

No judgment here; just something to think about.