There are many ways to evolve as a human in this current stage of evolution. You may elect to be a part of the evolution by simply being open and allowing the evolution to take place. If you do, you will be adding energy to the evolutionary change that is spreading among the human race, even though the powers that be would rather suppress the expansionary evolution of humans. 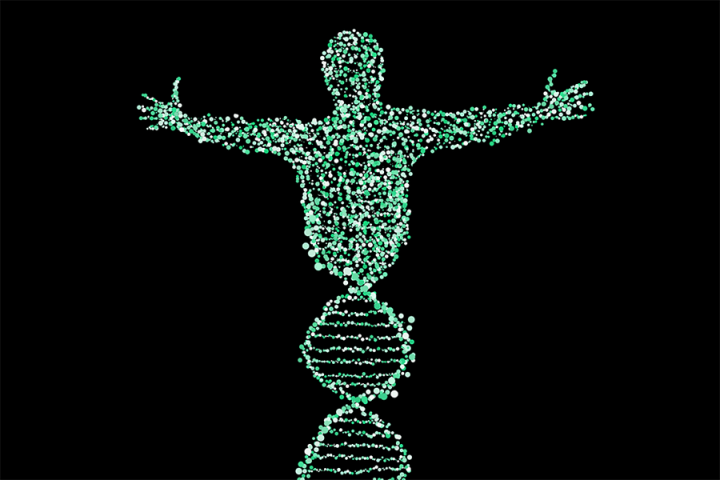 You may not be able to see the effects of our evolution from the outside of our bodies, it’s not like seeing the disappearance of your pinky finger. No, this evolution takes place deep within the body and its connection to the source of all life, affecting your consciousness which encompasses your personality, emotions, power of thought and how these are demonstrated via your outward expressions.

This evolution does also have a profound effect on the human body by expanding the health and natural healing capabilities, increasing the immune system, resulting in the living of longer, healthier, and more productive lives.

This evolution is taking place in the psychological and spiritual realms of existence and the results can be measured in increased quality of life and longevity.

The trend is to evolve beyond the herd or mob mentalities and toward individual growth, increased human potential, and energetic expansion.

Expanding human potential encompasses looking at challenges (any challenges, even the most incredibly intimidating and/or frightening) and approaching them with the courageous intent to overcome them in a valiant effort to emerge victorious over the challenge.

This stretches both imagination and super-human ability to ma, e, what may have been thought to be impossible, possible. Once the impossible has become possible, due to the breakthrough of one person, it is now possible for all humans. One example to consider would be the breaking of the 4-minute mile in 1954. Prior to that the common consensus was that the human body could not possibly perform with the speed and intensity necessary to break the 4-minute limit, it was impossible. Once one human being, Roger Bannister, broke through that barrier, it has raised the standard for optimal or excellent human physical performance to expect to endure running 15 miles per hour for four minutes.

Before Bannister could break through the previously set human limitations, he needed to believe it was not only possible, but that he could do it. Belief is comprised of positive energy, rejection of nay Sayers, increased empathy, compassion and a courageous all-in commitment to overcome a particular otherwise insurmountable challenge. And do it, he did. He also enjoyed the benefits of overcoming the impossible limitation (those who overcome tremendous challenges become more resilient, ‘ere the saying, “what doesn’t kill you makes you stronger”) and paved the way for others to follow because,

Making the World a Better Place

Compassionately evolving human beings are raising the bar for expressing gratitude and generosity in helping to make the world a better place for all creation. This benevolent attitude is an indicator of human evolution moving well beyond the survivalist mentality which predominated human culture for thousands of years.

Prior to this evolutionary expansion, humans were fairly predictable, as we could be categorized and defined by various personality traits and behavioral patterns. The evolution of human potential makes it possible to avoid being defined or pigeon-holed into well-defined personality types or diagnosis of a variety of psychological disorders.

Unfortunately, the system has developed a series of drug therapies and protocols, which will force you into a particular subset of personality definitions quite nicely.

Nonetheless, there are individuals who are expanding well beyond any formal definition and here’s the exciting (or “frightening” depending on your perspective) news: the evolutionary personality is constantly changing, growing and expanding. Therefore, the person that you are today can be very different from the person that you were yesterday, and tomorrow is another day, and potentially a newer version of yourself waits there for your arrival.

As the human being evolves, this evolutionary process affects the brain, and it is measurable by PET scans and other scientific measurements as active function moves from reptilian-based areas of the brain to more advanced and energetically intuitive areas of the brain, which leads to expanded,

Current science is seeing the evolving human being allowing and embracing the empowerment of the human heart to expand in consciousness. In fact, current scientific evidence is indicating that the heart’s consciousness is far more powerful than the brain, which was previously considered to be the powerhouse for consciousness. While this science is still in its infancy, we’re seeing the ideals of artists and philosophers who saw the heart as the seat of consciousness were more accurate than science had given them credit for.

You Are the Creator

You can take a proactive position in your evolutionary expansion and in essence become the creator of your own evolved self. You may be surprised to find how easy it is. What was not possible for you only moments ago is now possible for you now.

All you have to do is to think about the person you might like to be. Asking yourself, if you could have a particular attribute of any person you admire, no matter what it is, what would it be?

Then believe you can be that kind of person, use visualization techniques or affirmations, imagine yourself in situations where you can react in a fashion which is congruent with the type of person that you desire to be. See yourself as being that type of person (this is your 4-mintue mile).

Put yourself in real life situations where you can demonstrate your ability to be this kind of person, and do it. It may be uncomfortable or awkward at first, but practice will make it appear to be more natural, and sooner or later, it will be.

If you dare to chronicle your evolutionary process, start journaling every day and prepared to be amazed.