A growing segment in the people that I am working with these days are the folks which many of you would refer to as the elderly, while every year, these people are looking more and more like my peeps, my classmates, and cronies. Many of them are inspiring me to no end and may have no idea they are mentoring me into increased longevity and quality of life. 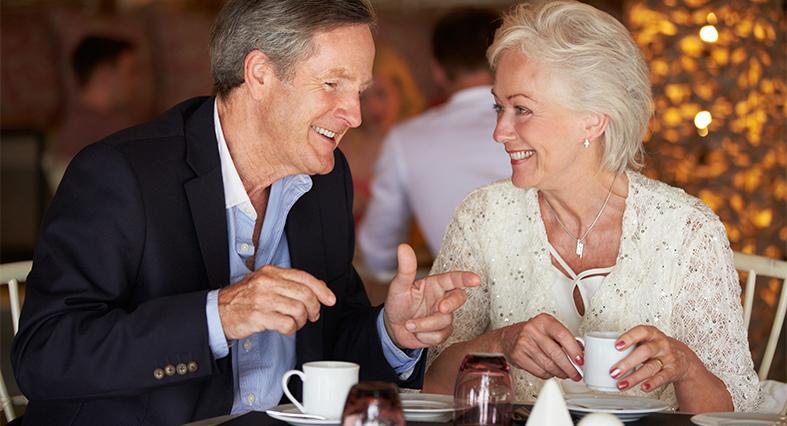 The trend that I am seeing (I am unaware of the national statistics on this) is that more older adults are tapping into their inner beings, uncovering their gifts, talents, and special abilities as they embrace their purpose, message, passion, and mission (and here’s the most interesting part) they are monetizing it, as they fulfill their life’s work.

Whoa, that’s why I say, “It’s never too late.” Like many other older people who grabbed their brass rings in their golden years, nothing could stand between them and their desire to live a better life. These people don’t just slip away into retirement. They will never retire. They will continue benevolently giving and extracting the best this life has to offer until they’ve breathed their last breath. And if you ask them, many will insist that their work will survive long after they’ve left.

The Internet is providing for these people an incredible ability to grow their ideas exponentially at unimaginable speed, allowing them to quickly disseminate their message, and self-monetize their own ministries or businesses, with little or no start-up cash. This is leveling the playing field, allowing normal people, like you and me, to enter the global marketplace. Never before have the opportunities been so vast, with such a low cost of entry.

Many are excited about being able to create a legacy, to leave something behind for their children, finance college educations, brighter futures for future generations, and make a contribution to the community of the world. Something that seemed unreachable or impossible only a few years ago is now within their grasp.

While other seniors are relaxing, riding around in golf carts, going on group tours, and watching television programs, these older superheroes are saddling up to do the greatest work of their lives. They’re starting businesses, organizations, movements, and supplementing their income, continuing to expand and improve their lives along the way.

Having a life full of wisdom and experience to draw upon, gives these people an edge over privileged youngsters who are the inheritors of prosperity and opportunity, and in many cases, this new trend is closing the gap between youth and the aged, as we are seeing the world begin to change. It’s starting to look a little more like the days of yore when youth respected and revered the wisdom of their elders.

I look up to and admire these senior citizens who aren’t sliding away into retirement and basically waiting for the end to come. No, these folks are playing out their years full on, and guess what? They report having better health, wellness, and happiness, as well as the increased financial support from their efforts. They have a powerful reason to get up every morning, seize the day, and feel good about their contributions.

They have not ceased to learn how to embrace these emerging technologies, they are uncovering their skills and honing them every day. They are the late-blooming Jedi Masters. And they’re doing a great deal of this from the comfort of their homes with very little overhead; it’s absolutely amazing.

I am also impressed at how these advanced parents are able to invite their families to participate in their enterprises. In an age when families are highly dysfunctional and disintegrating rapidly, a family business can help reunite and cement the family relationship, which may have been passé not long ago.

If you’re younger, it might be time to have a talk with your parents, or grandparents, about what they might like to do with their lives. May you can help empower them to get from where they are to where they’d like to be and see their dreams come true.

If you’re steadily advancing in age, maybe now is the time to take action and start this new, most exciting, chapter of your life.

And for those of you who are doing it, and giving it all you’ve got: Thank you.

You are my heroes, my inspiration.

I love you guys.

This is a secret: Don’t tell anybody, but there is an undercurrent that is rocking the world of the elderly. It has the old folks thinking that they can contribute to society long after the world would be better off without them.

Unlike the societies that populated America before it was invaded and taken over, the culture here was to honor the aged and to value their contribution to the community for as long as their life would allow. In present-day America, we’re pretty much done with you once you become eligible for an AARP card.

Yet, there are Americans who are making a stand for continued contribution to the local community and the world at large as they continue to embrace living their best life and making the world a better place well beyond their “retirement years.” And they all share a similar mantra, 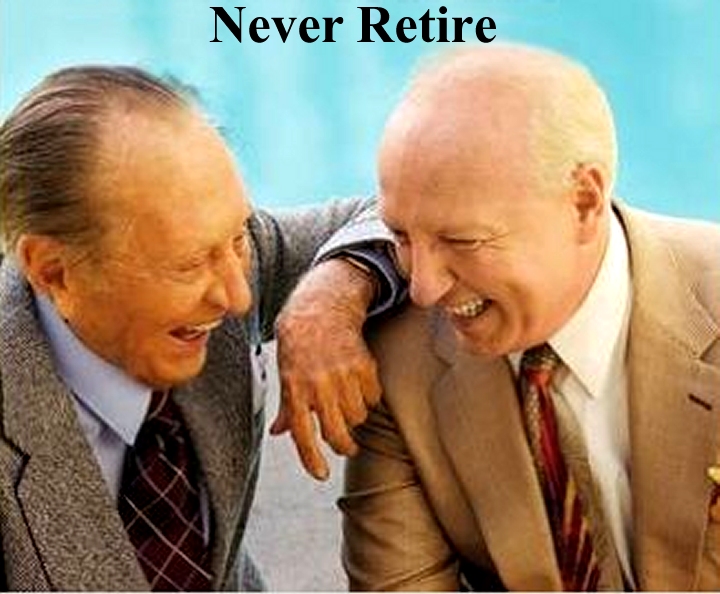 Leading the pack are celebrities who refuse to retire and claim doing so enriches their lives, increases their quality of life and supercharges their happiness and continued zest for life.

Who in their right mind would want to work until they die? 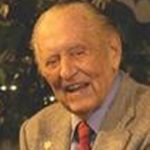 Art Linkletter was 94 when he penned his How to Make the Rest of Your Life the Best of Your Life along with Mark Victor Hansen. They took to the road touring churches and sharing the key to enthusiastically enjoying one’s golden years by continuing to create and live a better life while refusing to succumb to society’s expectation that you should retire at a certain age. 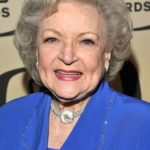 Actress, animal rights activist, author, comedian, radio host, singer, and television personality Betty White, says “retirement is not in my vocabulary.” at age 94. Having been honored by the Guinness World Records for having the longest-running TV career of any woman in history she says, “Why should I retire from something I love so much?… Nothing that I could possibly find to do would be as much fun as what I do for a living.” 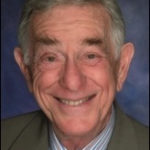 91-year-old comedian Shelley Berman retired from the stage but continues to write books and volunteers at the Motion Picture & Television Fund and he says retiring would be, “wasting the rest of your time. Don’t do that. What you gotta do is keep your muscles going. I wouldn’t suggest that you quit. What are you going to do, sit? I’m not good at that. I have an itchy bottom.” 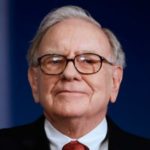 Warren Buffet is 86 years old and he says you should never retire. Citing that you will live longer, enjoy life more as you continue to learn and earn.

Continuing to earn, rather than trying to live within a predetermined budget, can offer you safety and security against unexpected occurrences or challenges that may arise. And if you love what you do, why would you want to stop doing it? If you don’t love what you did prior to retirement age, then start doing what you love now. You’ve invested a lifetime in becoming the person you are; don’t let it go to waste.

Warren Buffet says he doesn’t do it for the money, “If I quit today — I see these people. They spend a whole week planning their haircut. That is not my idea of living. I’m tap dancing to work every day… It doesn’t get better than that.” 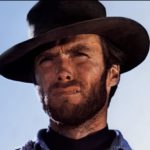 Clint Eastwood, who is also 86 years old an actor, filmmaker, musician, and political figure would say it with his crass attitude, encouraging others to follow in his unretired footsteps, “If you tell yourself, ‘I’m too old to do that,’ bullshit – you’re not too old to do anything.” 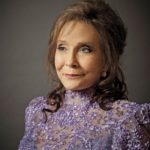 Country music legend Loretta Lynn whose body of work spans sixty years is 84 years old and says she “sees no reason to retire.”

At age 83, Parisian Karl Lagerfeld fashion designer, artist, and photographer hailing from Germany, insists, “Retirement is not one of the topics with which I deal. Why should I?… Chanel will still need some clothes when I’m 89.” 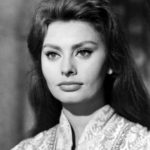 Even at age 82, Italian film actress Sophia Loren still rates a 10 on my personal Humma-humma-ding-ding-baby-you-got-everything-scale, says she doesn’t ever want to stop learning, no matter how old she gets. “That’s terrible, the word retire. Never. Start always like it was the beginning of a long career.” 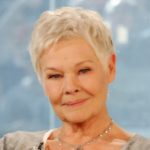 I just saw actress Judi Dench in Miss Peregrine’s Home for Peculiar Children yesterday, and at 81 years old, she calls “retirement” a “rude” word. Best-known role as “M” in the Bond franchise, she maintains, “I don’t want to be told I can’t do something. I’ll just have a go at it and I may make a terrible mess of it but I’d sooner make a mess than not have a go at all… What matters is your determination not to give up and not to stop learning new things.” 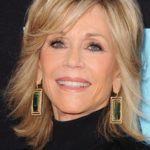 Jane Fonda is 78 years old and even though she did try to retire after marrying Ted Turner, just couldn’t embrace a lifestyle of inactivity and leisure. Refusing to continue her retirement, she returned to the screen and the feisty actress, writer, political activist, former fashion model and fitness guru is back in the limelight again. 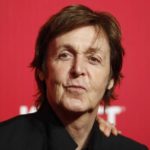 Former Beatle, singer-songwriter, multi-instrumentalist, and composer 74-year-old Paul McCartney says, “If I retired, I’d still do exactly what I do. So I may as well not retire.” 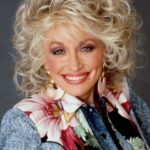