As the world and its inhabitants continue to evolve and expand in consciousness (as science is now recognizing that all matter is energetically connected, alive and conscious) perceptions of human are starting to make a grand shift from believing what we’ve been told and obediently following the rules to having independent thought and being open to the expansiveness of infinite possibility. 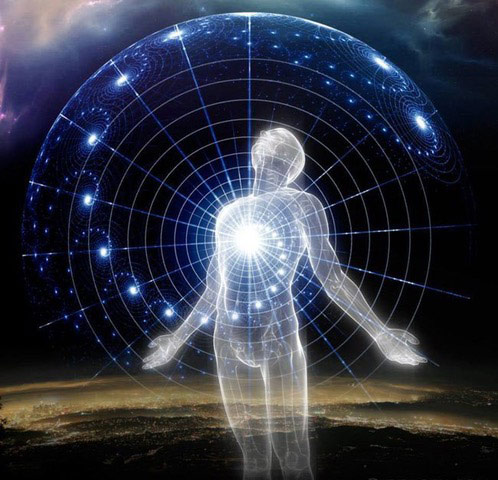 As you awaken you become aware of the great lengths society and its social programmers will go through in a powerful and determined effort to control you, how you think, what you believe, what you do, and what you are afraid of. Fear is their most powerful weapon, and it’s worked superbly, until now.

Fear is losing its power to control us, for there is a far more powerful energy which dissolves any fear in any of its many forms to meaningless nothingness. The most powerful energy is love, and it is love that is disarming those who seek to control your mind (where your thoughts are easily manipulated by fear).

Contemporary society, as well as its barbarian ancestors, have thrived in a state of fear, but the evolution of an emerging awakened human being is only now beginning to see that things may not be as they appear. Once the veil has been lifted, you start to see things as they really are. You are evolution.

Due to medical advances in the world, a growing number of individuals are dying… and coming back from death. Their reported near-death experiences (NDE) are vastly contrasting the reports of our lesser-evolved ancestors. They are discovering, and science is confirming, there is far more taking place within, without, and throughout all existence.

The awakening of humanity is exposing the concept of infinite possibility which exists all around us and we are able to increase our interaction with it.

Fear among the living is fading as the energy of love continues to expand, rendering fearful energies impotent. The fearful social constructs used to manage and control us are losing their grip. The power of the organized methods created to imprison the minds of humanity are failing to force efficacy in the brainwashing of you and me, and love is breaking through the barriers of fear among our peers all over the planet.

And for those among the awakening are expanding, the understanding of infinite possibility offers growing empowerment to create new opportunities for an expansive stress-free lifestyle without the constraints of fear. Life and the living of it become your superpower.

There is an energetic consciousness all around us where anything is possible. All the limitations which have been imposed on you are little more than sleight of hand tricks to make you believe that you are not divinely empowered to have access to the unrestrained power of God and the universe, enabling you to imagine first, then do, be, or have anything your heart desires.

Unconditional love, the ability to deeply connect with others, a unique purpose, a powerful reason for being, joy, prosperity, and abundance are among the concepts which are being bestowed upon those who are awakening.

While the process of awakening is simply the raising of your vibrational frequency from fear-based to love-inspired, it is difficult to overcome a lifetime of social programming. It requires what appears on the surface to be illogical. Logic relies on evaluating data which is known while expanding in consciousness relies on being open to what is not known.

Even so, as science progresses, they are discovering new data amidst the unknown. God bless those who dare to explore these new uncharted expanses which are challenging the constraints of primitive data.

Drop Out Plug In

Increasingly there are those, just like you, who are dropping out of the primitive life system and plugging-in to the vastness of all that is, being open to all the infinite possibility, growing, expanding, and continuing to evolve.

And the powers that be are taking notice. They are ramping up their efforts to dominate us exercising their management of the educational system, media, electronic communication, data overload, crisis creation and management, mental health and legal systems, and any other methods they can utilize to garner greater control of our youth, in an effort to build up reserves for the future. They are convinced their control will quash and outlive the current evolution, but it will not.

You are dropping out of the systems organized to control you. You can no longer relate to these systems any longer because you can see the fear-based “truth” they claim is eternally powerful to have authority over you is neutralized by the power of unconditional love.

Have you noticed, as you exit these systems, that the members will exert various fear-based methods to force you to return to their conformist standards to return to the fold?

They have been deeply programmed to do the bidding of the powers that be to see your departure as something dangerous, even life-threatening, and they might do anything to see you return to the organization, exerting fear-based tactics such as intimidation, threats of consequences, excommunication, or even eternal damnation.

Plugging-in to the infinite power of unconditional love gives you the fortitude to be strong enough to walk away from the barbarian drama without judgment because you know they are only victims of a larger system, as you once were.

You can love and bless them as they make their own way in life, as you continue to find your own way.

You are no longer blinded nor controlled by “the system.”

You are among the awakening. You are courageous and powerful. Your evolutionary process will yield to you everything you need to grow, expand, and be more than you could have ever imagined.

Bless you, for having the courage to drop out and plug-in.